Eelgrass beds are important to the health of the estuary. They benefit coastal marine species like rock cod and migratory species like black brant. Since 2007, more than 95% of eelgrass in the bay has disappeared. This loss in eelgrass acreage is of concern to the Estuary Program and its partners. Eelgrass loss is attributed to many natural and human-related factors. Natural factors include changing water depth, salinity, wave velocity, decreasing water clarity, pathogens, and grazing. Human activities can also negatively impact eelgrass, including dredging, introducing invasive species, disturbing the eelgrass with boat propeller blades or paddles, building docks and other structures over the eelgrass, and allowing harmful chemicals to enter the water through storm drains and other runoff.

The decline of eelgrass in Morro Bay has driven many recent monitoring, restoration, and research efforts. The Estuary Program and our partners, including Cal Poly, completed three large-scale transplanting efforts during the summers of 2012, 2013, and 2014. Recent monitoring indicated minimal transplant survival. This effort produced valuable scientific knowledge and brought the local community together to participate in this restoration project. While the end result was not as successful as hoped, this work helped to inform continuing eelgrass research and restoration work in Morro Bay.

In 2016, we observed small patches of eelgrass in the mid- and back-bay, indicating that conditions in that portion of the bay have improved for eelgrass. In March and July 2017, Estuary Program staff, Cal Poly and volunteers completed two small-scale experimental restoration efforts at two locations in the bay.

These transplant efforts, funded by California Department of Fish and Wildlife Duck Stamp Grant, as well as NOAA, have shown some success. We will continue to track the establishment of eelgrass throughout the bay.

The reports below provide more detailed information on monitoring, research, and restoration completed by the Estuary Program and its partners California Polytechnic State University, Merkel & Associates, the Black Brant Group, Morro Coast Audubon Society, among others. 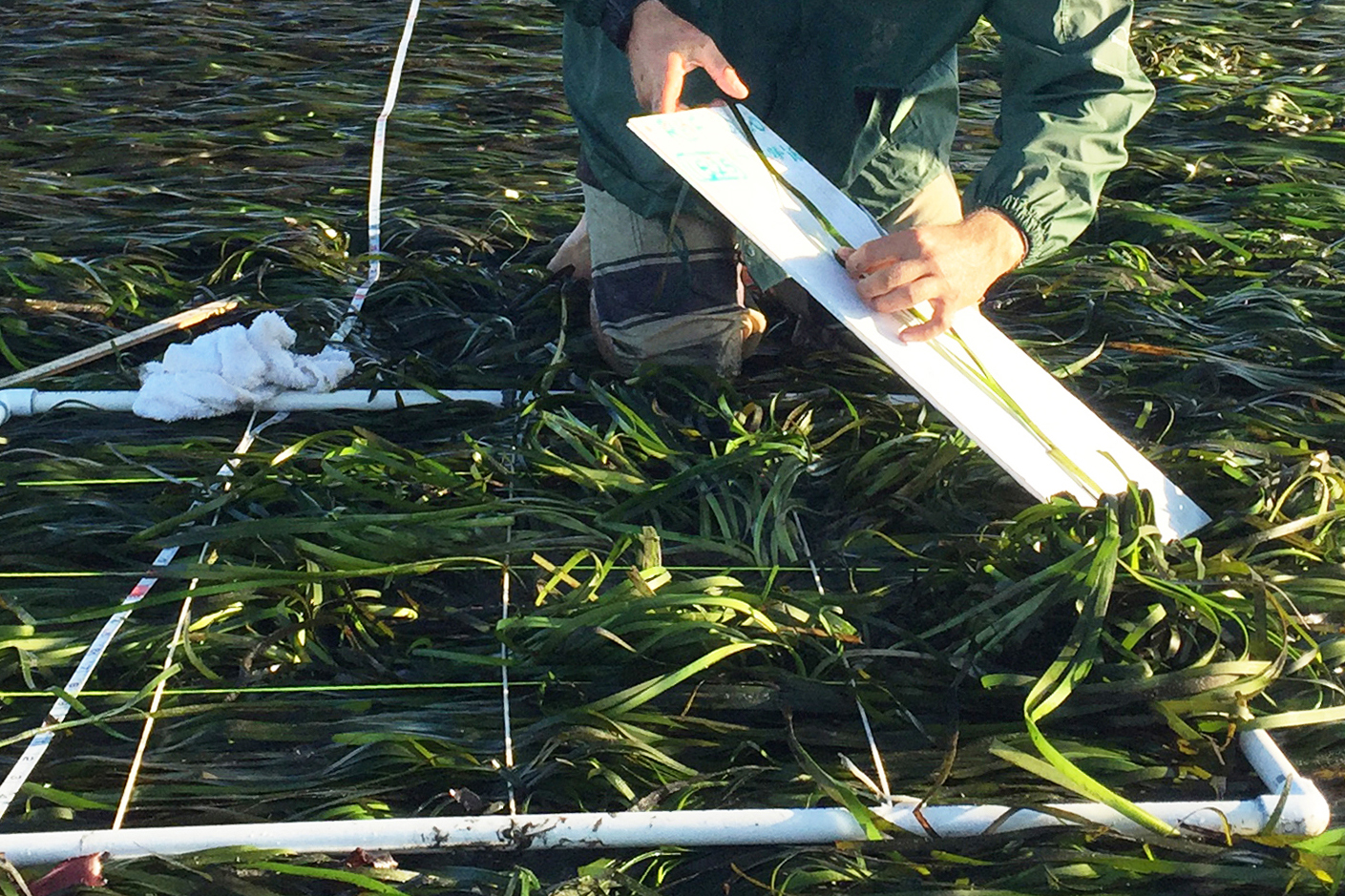 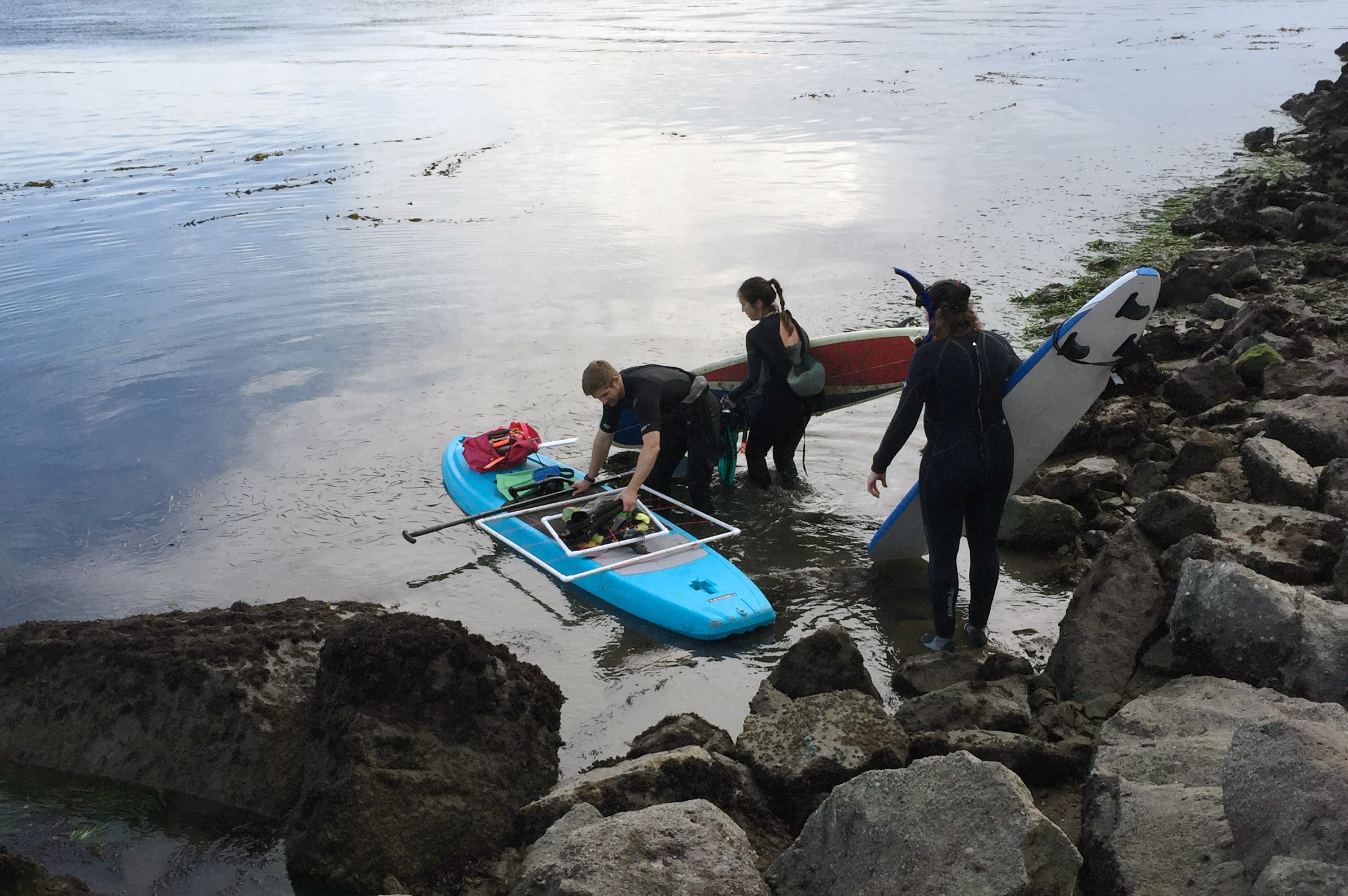 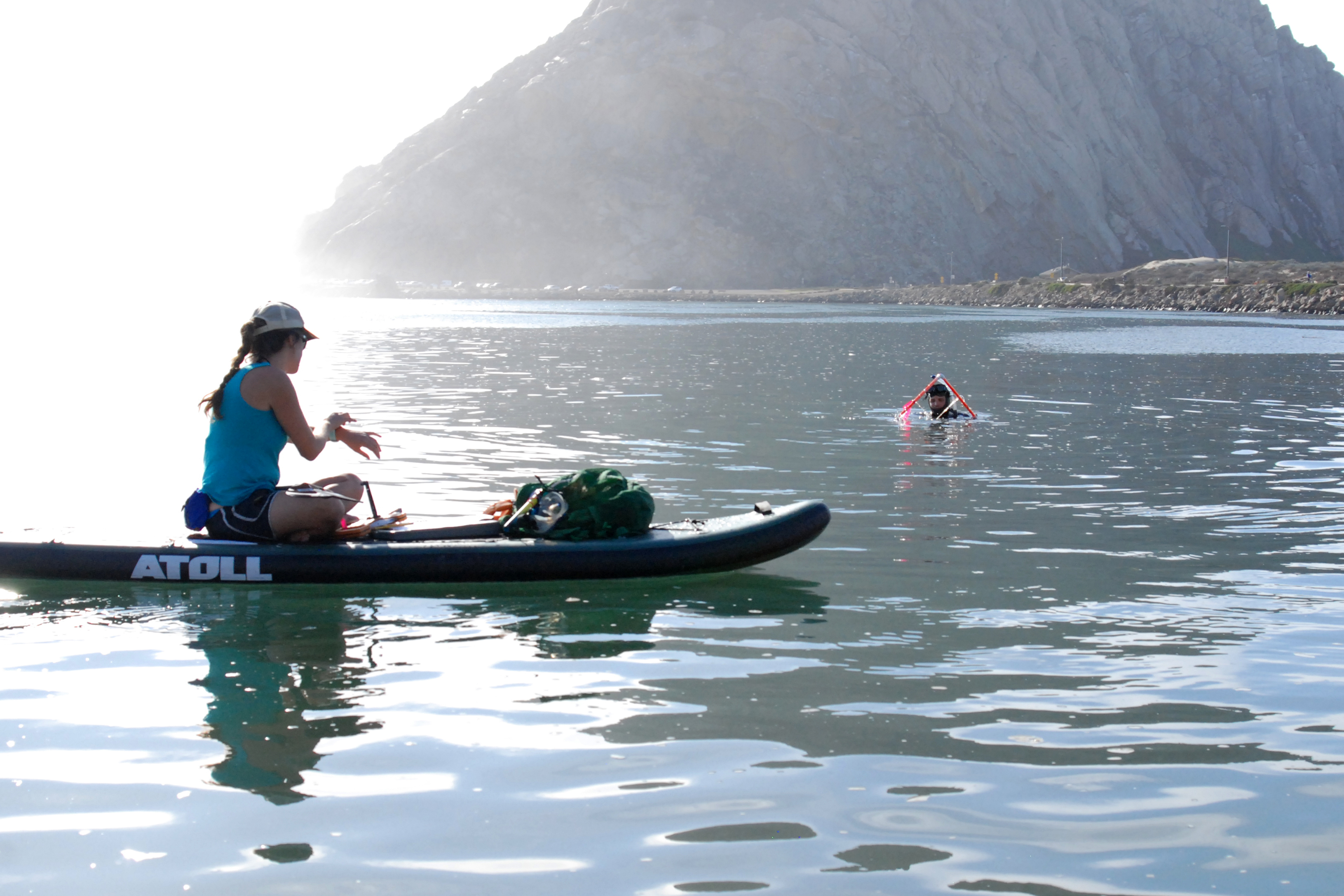 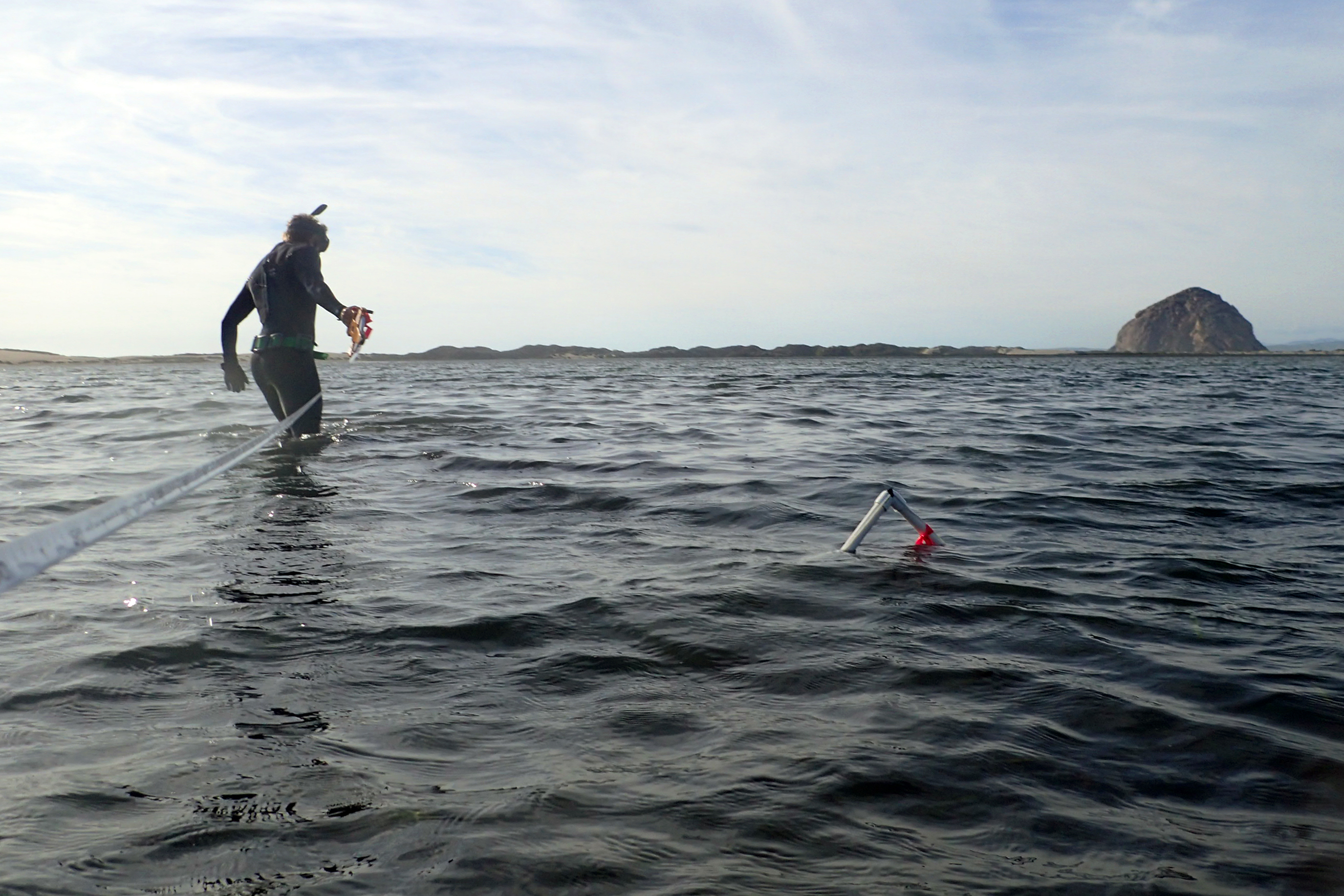 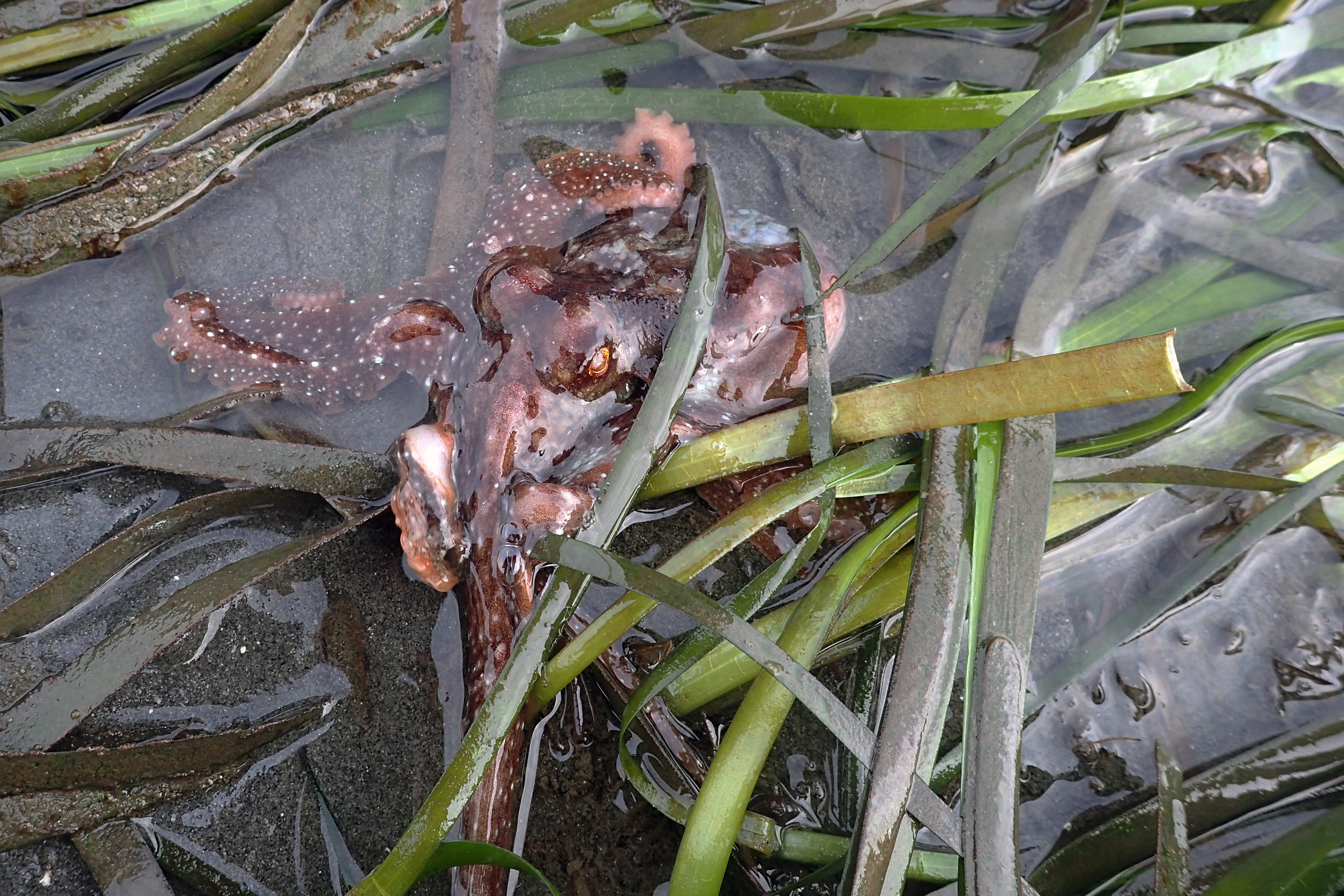 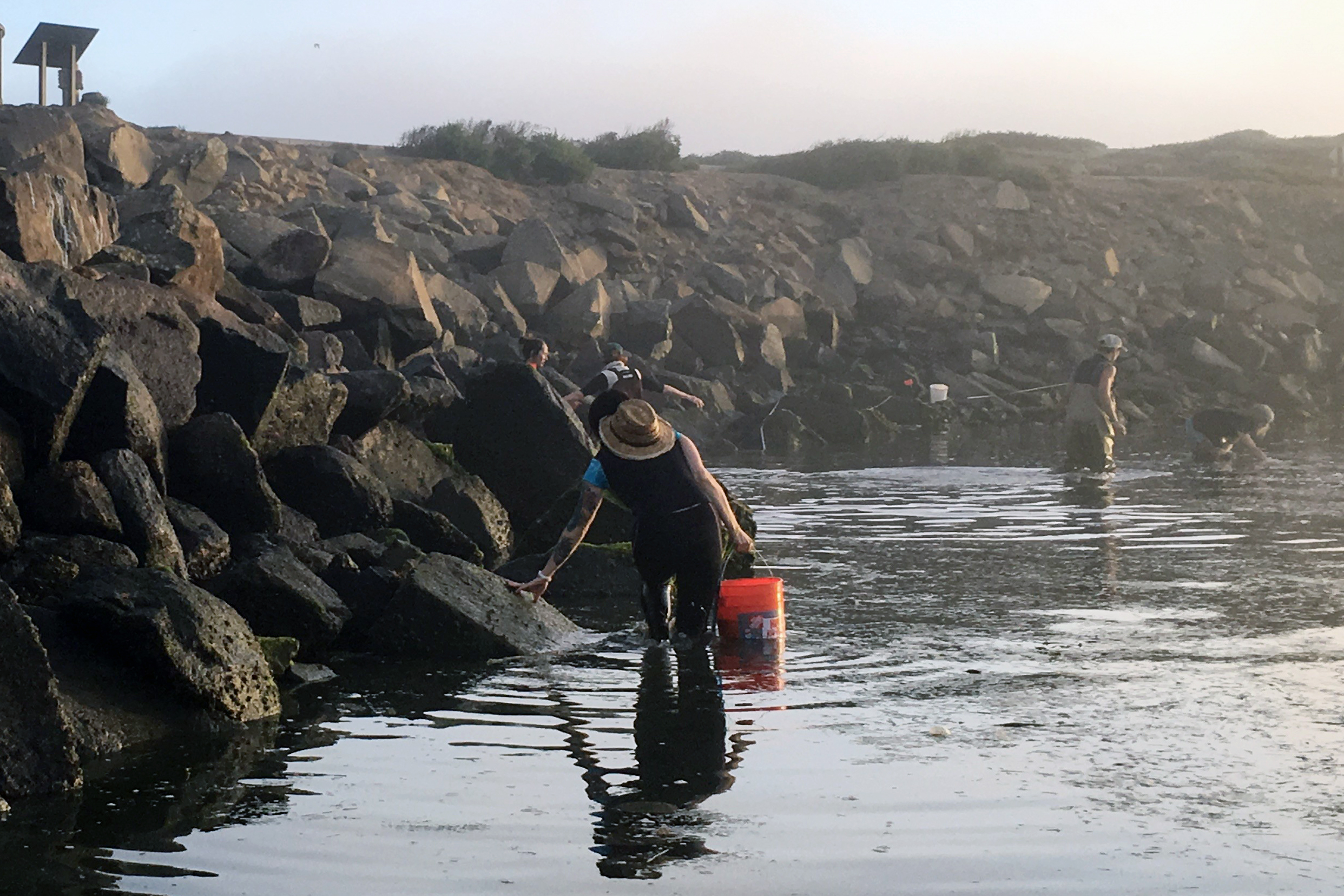