In 2016, the Estuary Program completed a three-year project to restore rural roads in the upper portions of the Morro Bay watershed. The steep terrain and erosive soils in the area can lead to road failure, which can deliver sediment to nearby streams. These streams eventually carry the excess sediment into the Morro Bay estuary. Although estuaries naturally fill in over time, human activities have greatly accelerated the rate at which sediment enters the bay.

Excess sediment also causes problems for plants and wildlife. Chorro Creek and its tributaries provide important habitat for populations of threatened steelhead, but fine sediment can choke the places where steelhead spawn and where juvenile steelhead feed, making it difficult for them to survive. This road improvement project and others like it help address the problem of sediment accumulation by reducing soil erosion.

The project repaired 58 areas, spanning a total of 11.4 miles of road. Project activities included removing defunct culverts, constructing rolling dips to drain water from roads, and armoring stream crossings with rock. We partnered with Cal Poly, the U.S. Forest Service, and Camp SLO to implement this project with funding from the Water Board. We estimate that the project will prevent 1,225 tons of sediment erosion from roads each year over the next decade. The road treatment locations held up well during the wet winter of 2016 to 2017. 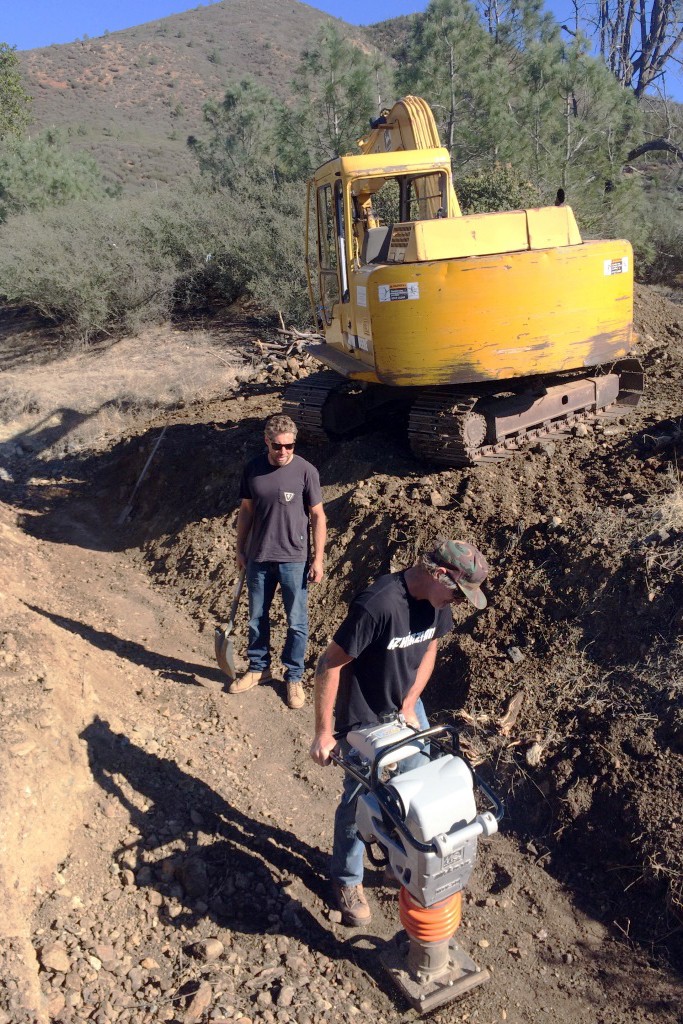 Workers prepared this site before installing a culvert to carry rain water under the road. 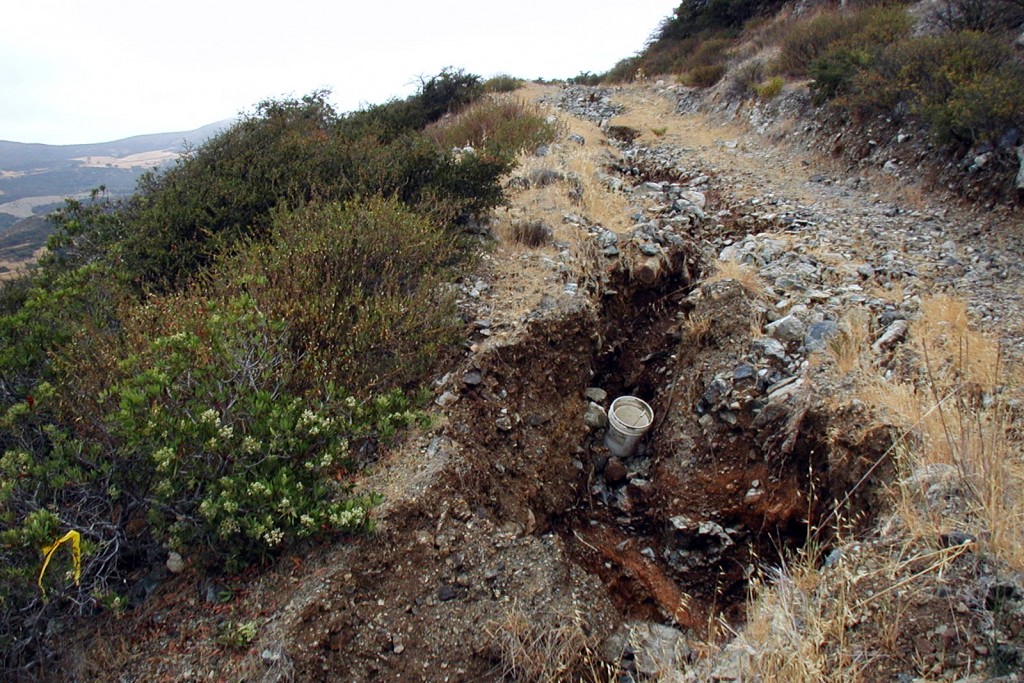 The way that rain ran off the road at this site, pictured prior to construction, created a gully. Gullies are prime sources of erosion. 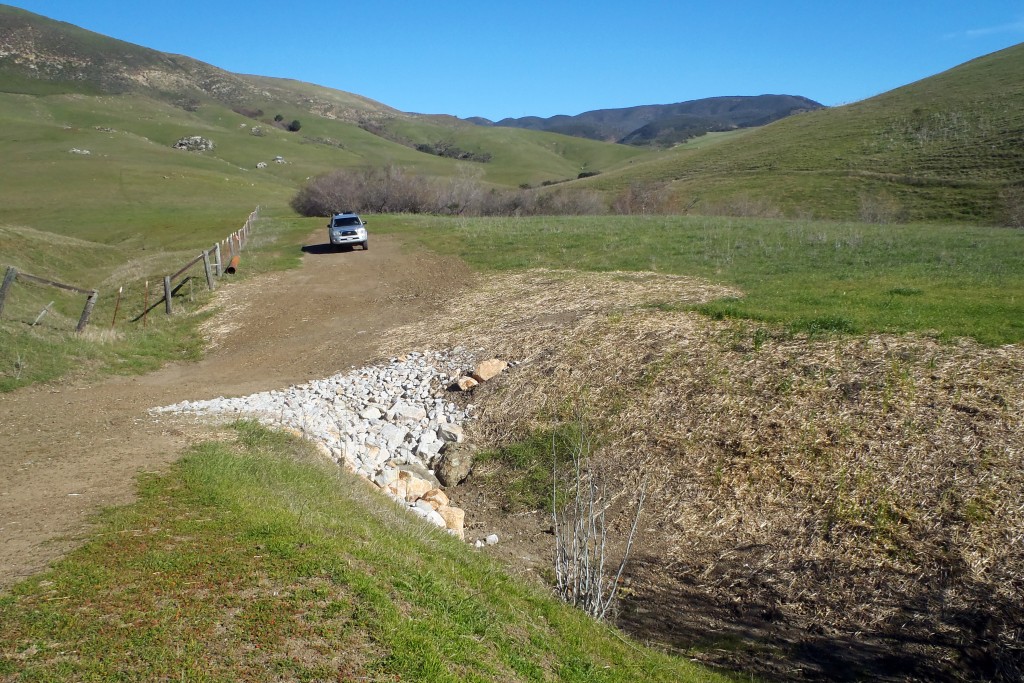 At this site, we added large rocks and boulders to the right of the road to support it where water will run off during storms. This treatment is called an armored fill.