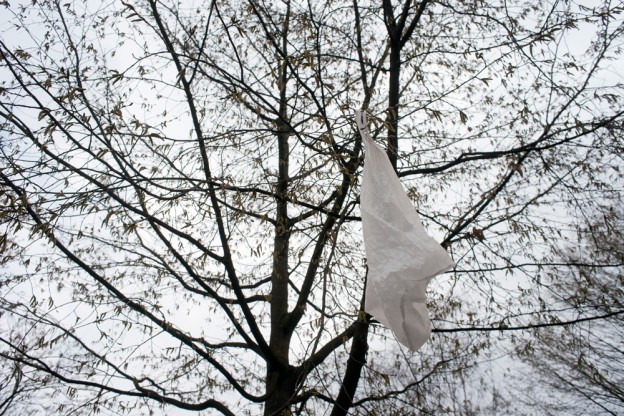 Voters approved California Proposition 67 this week, upholding the plastic bag ban that the state senate originally passed in September of 2014. The newly approved law goes into effect right away, requiring stores across the state to charge a minimum of 10 cents for a reusable or paper bag. Here is some information about how the law may affect Morro Bay, the people who live near it, and the wildlife that depend on it.

Because San Luis Obispo County’s bag ban went into effect before January 1, 2015, it will be grandfathered in. Areas that established bag bans after that date, as well as areas that don’t have a bag ban at all, will need to comply with the law.

Our local bag ban looks very much like the statewide law, so you aren’t likely to notice any differences when you travel outside of the county. 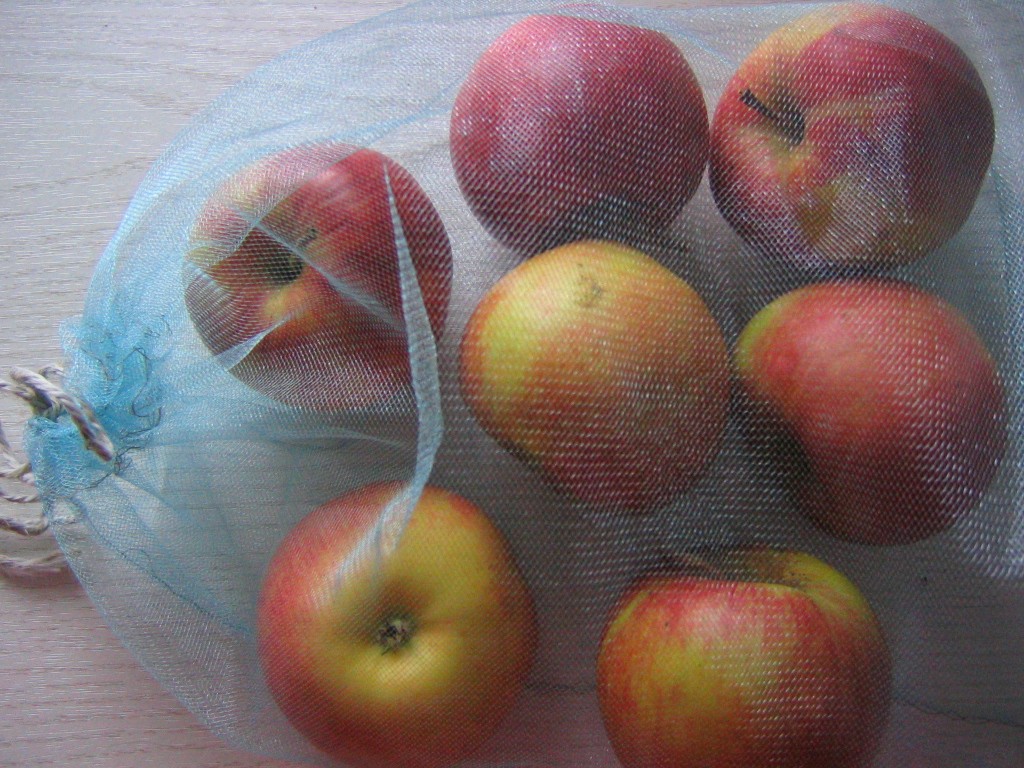 Though single-use plastic produce bags are still allowed under the ban, you can reduce your use by bringing reusable bags for fruit and other loose items. Photo courtesy of rusvaplauke, via Flickr.

Stores can also sell sturdy plastic bags for carryout use, so long as they have handles and are designed to carry at least 22 pounds a distance of at least 175 feet for at least 125 uses. That’s roughly equivalent to carrying 2.5 gallons of milk from the checkout counter to your car and into your house 10 times per month for a year.

Stores can also continue to sell plastic garbage bags, sandwich bags, and the like that are designed for other purposes.

What will the law mean for the Morro Bay estuary and other coastal waters?

Single use plastic bags are lightweight and can easily blow out of trash cans, end up in storm drains, and head into local waterways. 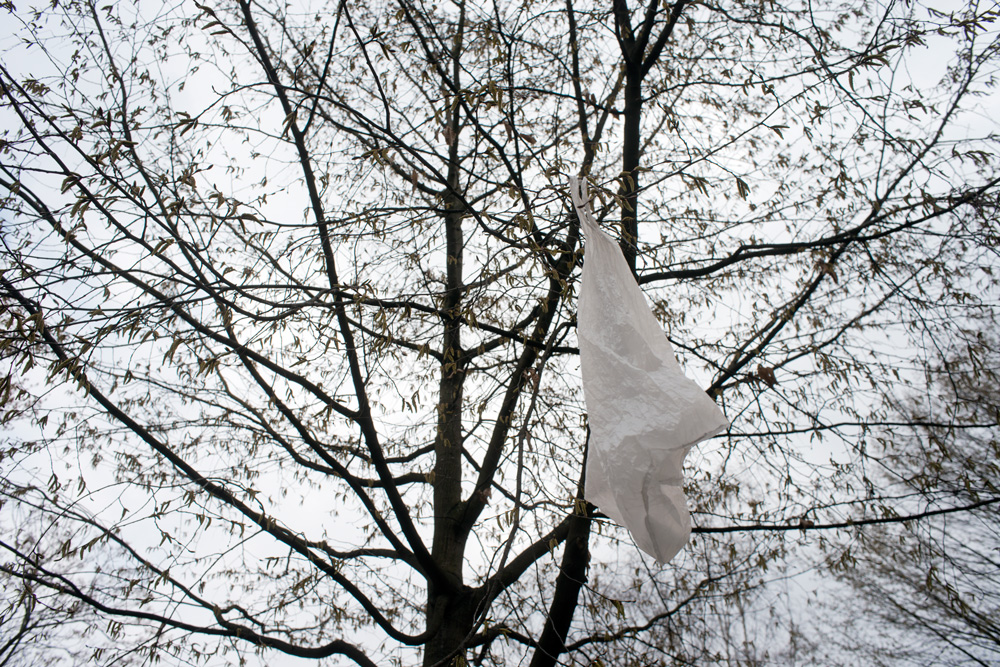 Single-use plastic bags are lightweight and can easily blow out of the trash or your car trunk into a tree or storm drain, and eventually end up in our waterways. Photograph courtesy of David Gabriel Fischer, via Flickr.

This causes a big problem for marine mammals that can think the bags are food. Recent research indicates that as many as one-third of the world’s turtles have eaten plastic during their lifetimes. 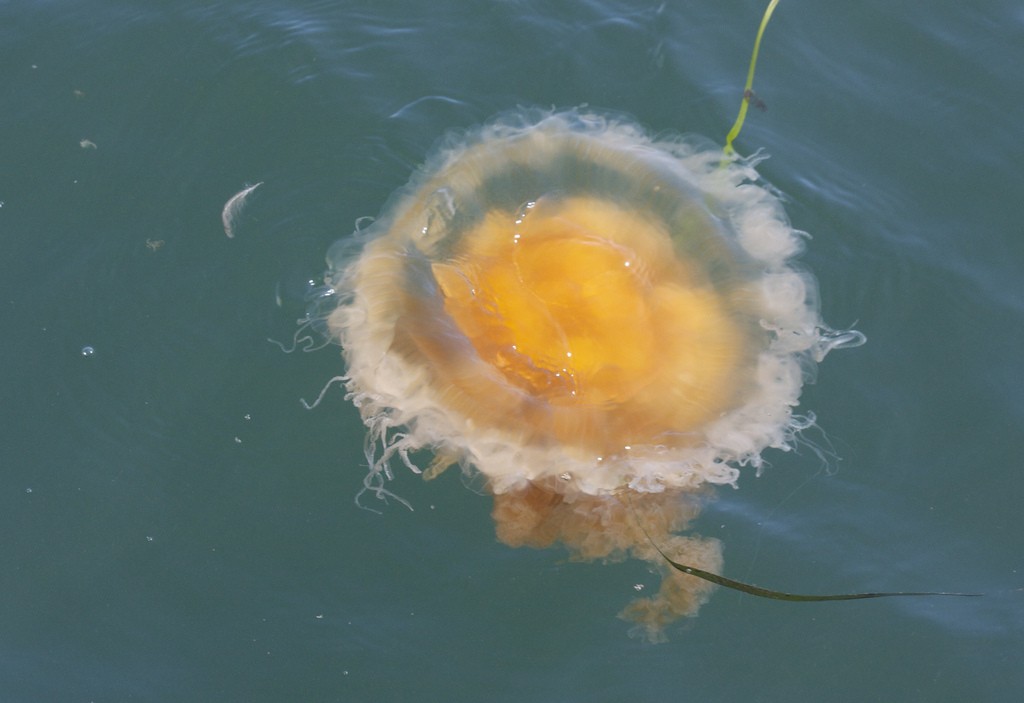 When they enter the water, plastic bags can look like jellyfish, the preferred food of some sea turtle species. Photograph of a jellyfish in Morro Bay, courtesy of devra, via Flickr.

Plastic bags can also break down into tiny pieces in the ocean, attracting toxins and causing problems for other marine life.

In 2016, California Coastal Cleanup Day volunteers picked up 13,022 plastic bags along our coastline, putting plastic bags in the top 10 items found this year. Having fewer lightweight plastic bags leave stores with shoppers may improve that number next year.

After two years of a similar bag ban in Santa Barbara, people there used an estimated 95% fewer single-use plastic bags and paper bag use dropped by about 42%. This shows that most people switched to reusable bags rather than opting for paper, reducing the city’s overall waste.

What can you do to help?

Continue to bring your reusable bags when you go to the store, and consider skipping produce bags or reusing them as many times as you can. 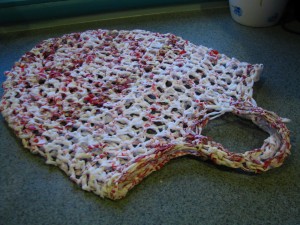 This crochet bag was made from reused single-use plastic bags. Photo courtesy of Sally, via Flickr.

Even plastic bags that have a recyclable symbol printed on them are not accepted at curbside recycling in San Luis Obispo County. They are too thin to process with heavier-duty plastics and can jam up the recycling equipment, causing a lot of problems. In order to recycle them properly, remove any trash or debris from inside of them and store them until you have enough to bring to your closest dropoff location.

You can also make a difference by participating in trash removal efforts like International Coastal Cleanup Day,  as well as ongoing efforts by local groups.

What happens to trash and recycling after it leaves the curb?

Watch this video from Sunnyvale, California for an in-depth look at what happens to trash and recycling once it’s picked up from homes and business in the Bay area.