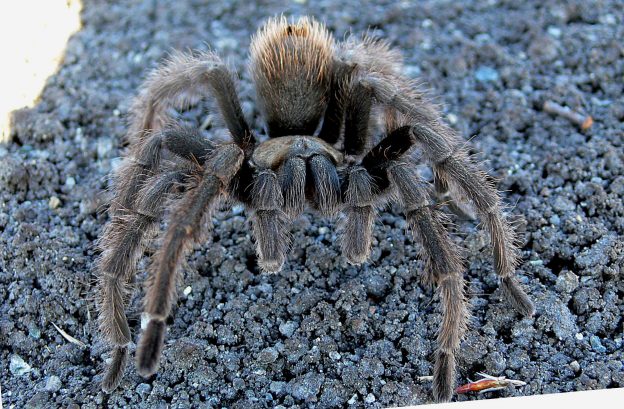 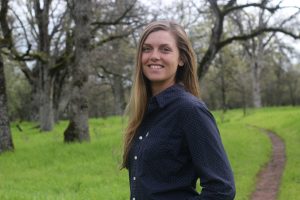 As someone relatively new to the Central Coast, I was entirely perplexed and intrigued by the concept of what our Monitoring Program Manager, Karissa Willits, calls: “Tarantula Math.” The phrase itself was exciting—partially because I never anticipated that “tarantula” and “math” would be in the same sentence, and partially because I couldn’t help but envision these furry, intelligent arachnids solving complex calculus equations.

For those unfamiliar with “tarantula math,” this is the assumption that rain should follow tarantula sightings within three to six weeks, according to long-time residents.

Shortly after learning about the “tarantula math” concept, I saw my first desert tarantula while on a bike ride near Poly Canyon. To my dismay, this one was not in an argyle sweater and tortoise shell glasses like I had envisioned. Rather, this furry beast seemed to be wandering, with no distinct direction in mind, lightly treading through the dry grass.

This video shows the tarantula I spotted during a bike ride near Poly Canyon in late September.

Does this mean rain should follow within three to six weeks? To my knowledge, there is no real scientific evidence that suggests this timeline to be accurate, nor the assumption that tarantulas have predictive power over weather systems. That being said, it’s been observed by locals, folklore, and by tarantula enthusiast forums, that tarantula mating behavior has some kind of correlation with forthcoming rain.

Some attribute this to mere timing and coincidence, while others suggest that tarantulas can actually sense changes in barometric pressure. Even some of the more invested “tarantula math-ers” have tracked tarantula sightings over many years and have found “surprising accuracy” when correlating this data to rainfall timing. 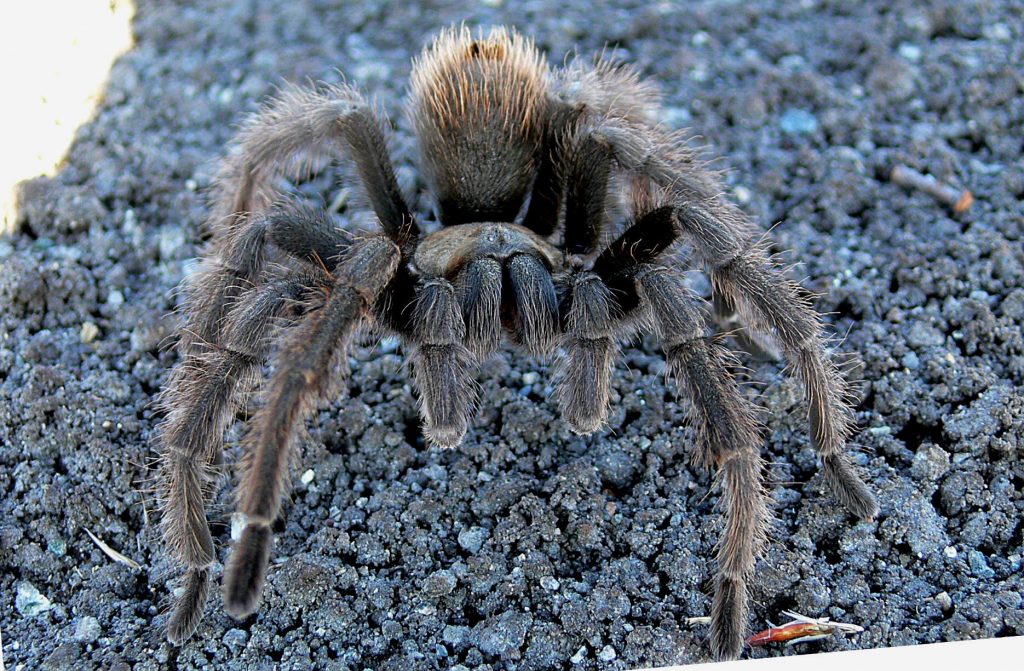 This desert tarantula male is on the move, looking for a mate. Photograph by Linda Tanner, shared via Flickr under a Creative Commons License.

Why tarantulas are on the move

If you do encounter a tarantula, as I did a few weeks back, Ron Ruppert, the Cuesta College Biology Division chair, says that it is most likely a male, in search for a mate. 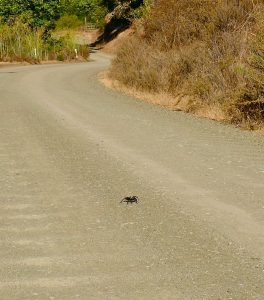 This tarantula is crossing the road in search of a mate. Photograph by Linda Tanner shared via Flickr under a Creative Commons License.

While typically underground-dwelling species, male tarantulas leave their burrows during mating season, looking high and low for a female to mate with. When they find one that “smells” just right, they tap on the female’s burrow. If she’s willing, she’ll leave the burrow to mate. Or, if she’s hungry, she may just eat the male too.

Whether you’re an avid “tarantula math” analyst or a skeptic, it’s always exciting to observe these remarkable eight legged individuals and perhaps even cross paths with them as they begin to embark on their journey towards procreation.

The Morro Bay National Estuary Program is still hard at work, conducting science and education to help protect and restore the bay. To support our work, claim your free tickets to Beats for the Bay, featuring Upside Ska, and donate to the Estuary Program.

All donations will be matched up to $20,000 by a generous local sponsor!