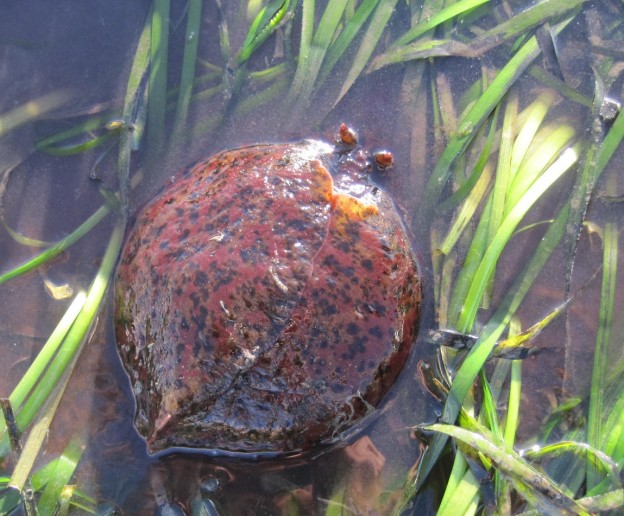 Look deep into the eyes of this California Sea Hare (Aplysia californica), as it moves along the bottom of Morro Bay. 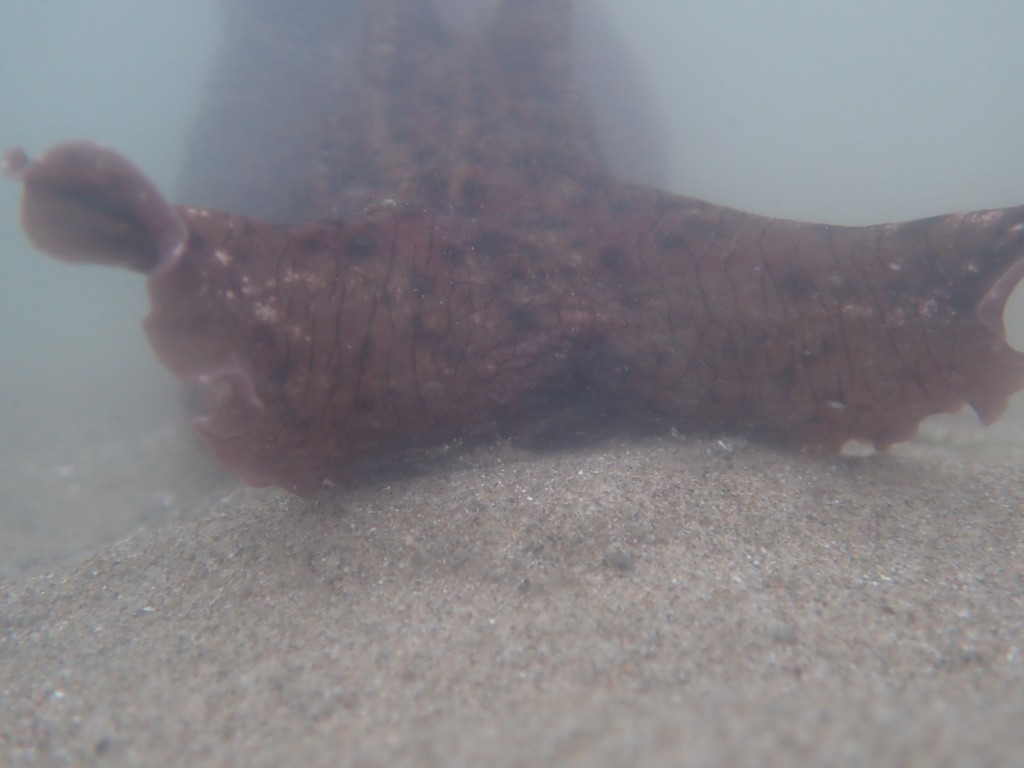 Can’t find them? There is one eye located right beneath each rhinophore, or tentacle, at the front of the sea hare’s head. 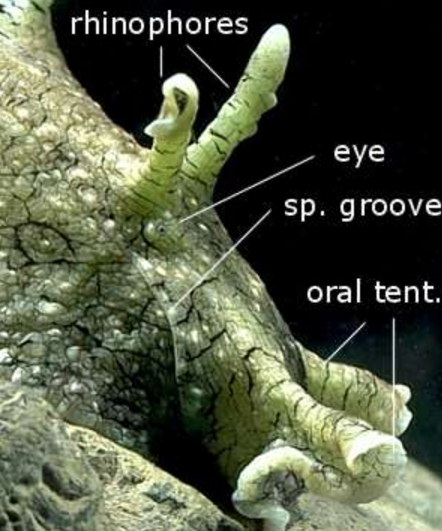 While you can look into the sea hare’s eyes (now that you’ve found them), the sea hare can’t return your gaze. Their vision is different from ours—they don’t see objects, but they can sense light and shadow. This allows them to avoid predators and to avoid coming out of the water during the daylight hours, so that they don’t dry out in the sun.

These mollusks live all along the coast of California, Baja California, and the Gulf of California. They are herbivorous grazers and prefer to eat red algaes (different types of Rhodophyta), sea lettuce (Ulva), and eelgrass (Zostera marina). The sea hare’s coloring derives from the pigment in the red algae that it eats. 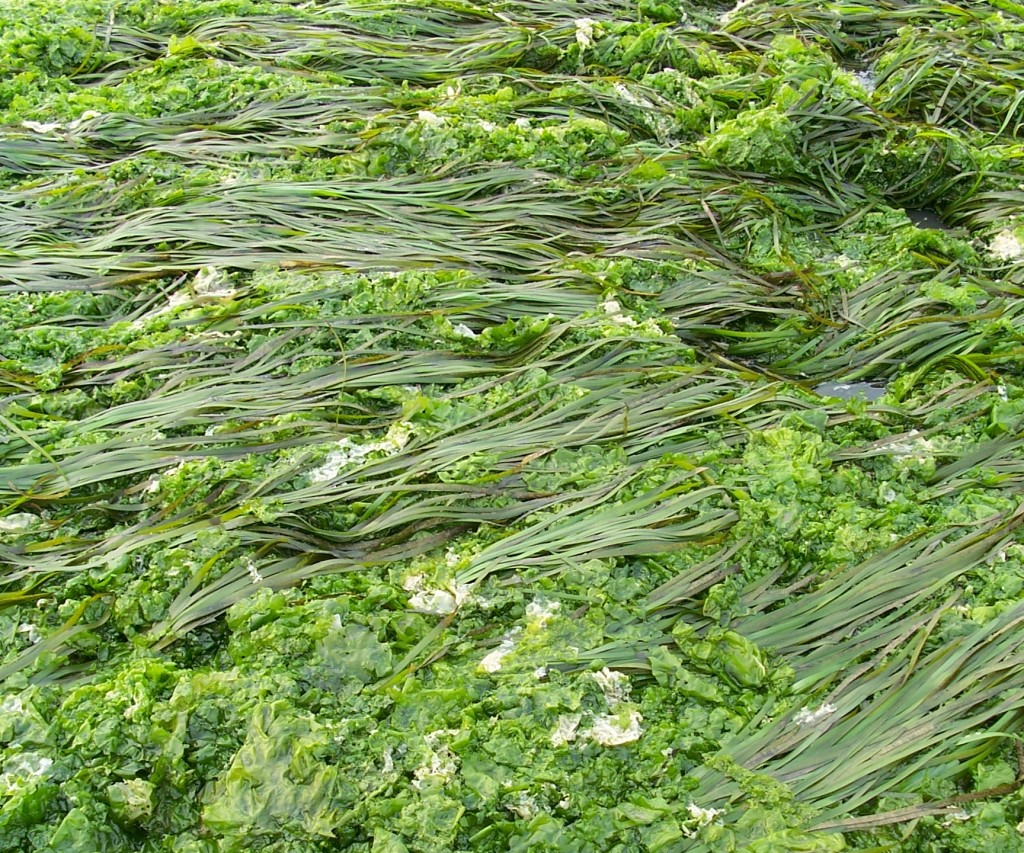 Sea hares can feed on sea lettuce, or Ulva, which grows in Morro Bay.

Visitors to Morro Bay are likely to find sea hares beneath the water or right near the water’s edge, in subtidal and intertidal zones. Estuary Program staff members often see them while conducting eelgrass surveys near shore. 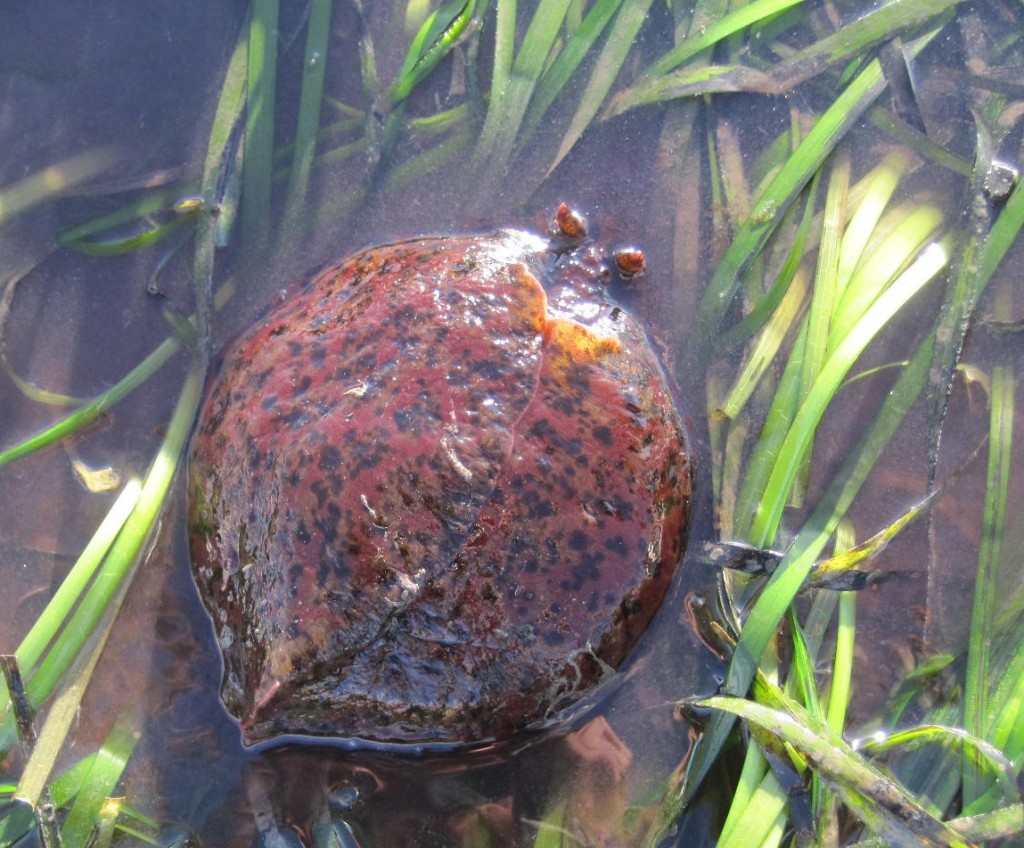 While it might be tempting to pick up one of these unassuming animals, it’s best to treat them as the wild animals they are and avoid touching them. A sea hare that feels threatened might retreat and forego eating the food it needs to survive. Not touching sea hares is also in your best interest. They are capable of expelling dark ink clouds, colored by the pigment from their diet of red algae, that irritate and discourage predators.

Animals that feed on the sea hare include lobsters, certain sea stars, and giant green anemones, which consume just enough of the sea hare to avoid being exposed to the toxins in its digestive tract. Navanax can also prey upon juvenile sea hares.