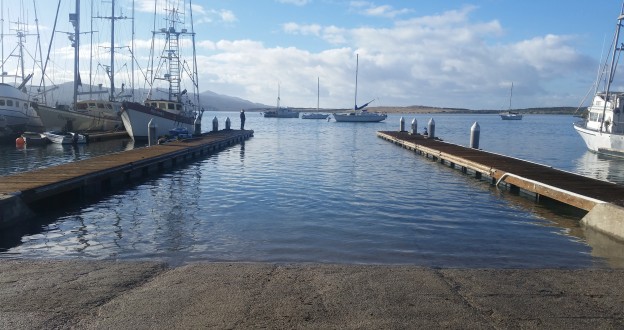 At the Estuary Program office, tides rule much of our work. We plan our eelgrass monitoring surveys around them. We schedule our dawn patrol and bay bacteria volunteer sessions based on them. We watch as boats, birds, and marine mammals move with the pull of the high and low tides outside our office windows.

King Tides are the highest tides of the year, and they demand extra attention. Before the boardwalk trail was built at the State Park marina, King Tides regularly inundated the dirt trail along the salt marsh’s edge. They raise docks to their uppermost limits and climb staircases and boat ramps. 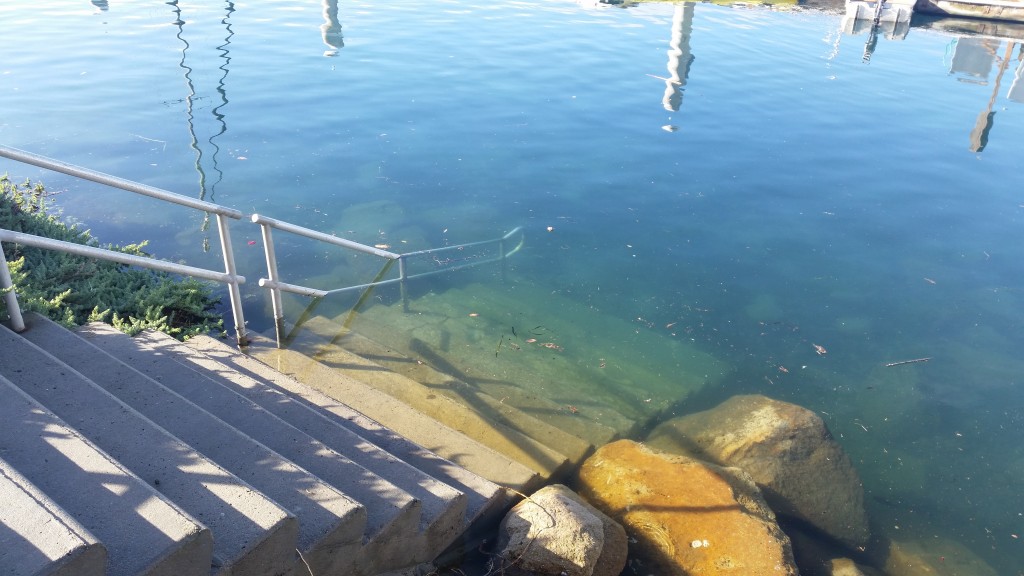 This staircase at Tidelands Park was submerged under 2015’s King Tides. 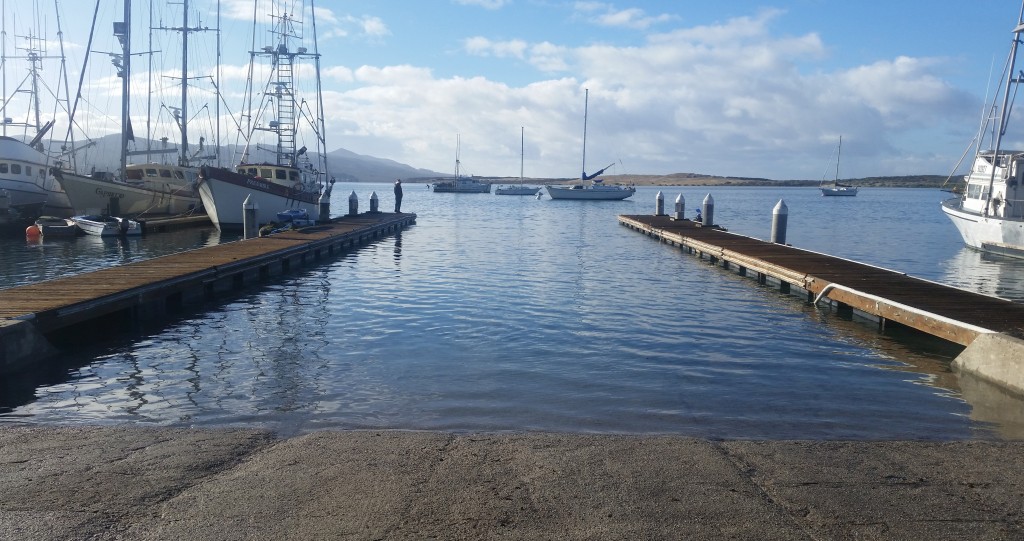 The boat ramp was also inundated by the high water.

In heavily-developed areas, these high tides can be even more invasive, covering busy roads and crashing into restaurant windows.

The Marine Room in La Jolla, built right at the water’s edge, lives up to its name during King Tides. Waves crash against its windows as the tide comes in.

King Tides are a regular occurrence. They happen two or three times between November and February, when the earth is closest to the sun and the earth, moon, and sun are all aligned. However, these high tides could be the everyday tides of the future.

With sea levels rising across the globe, and the rate of sea level rise increasing, experts say we could see the oceans rise between 2.5 and 6.5 feet by 2100. The first map below shows the current areas that are inundated during high tide in Morro Bay. The second map below shows the areas that would likely be inundated with a sea level rise of 6 feet. These maps were generated using NOAA’s Sea Level Rise Viewer. 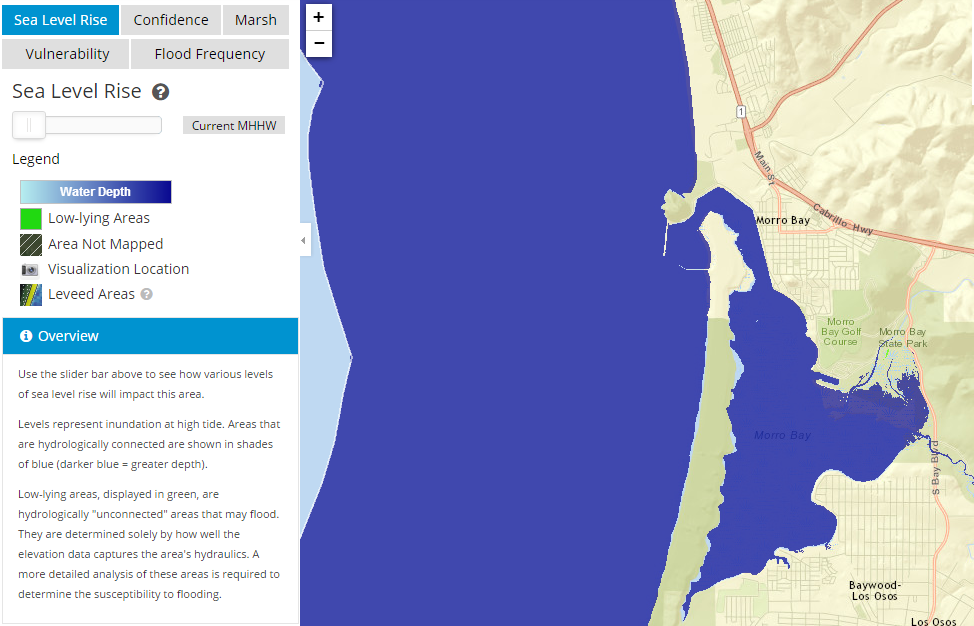 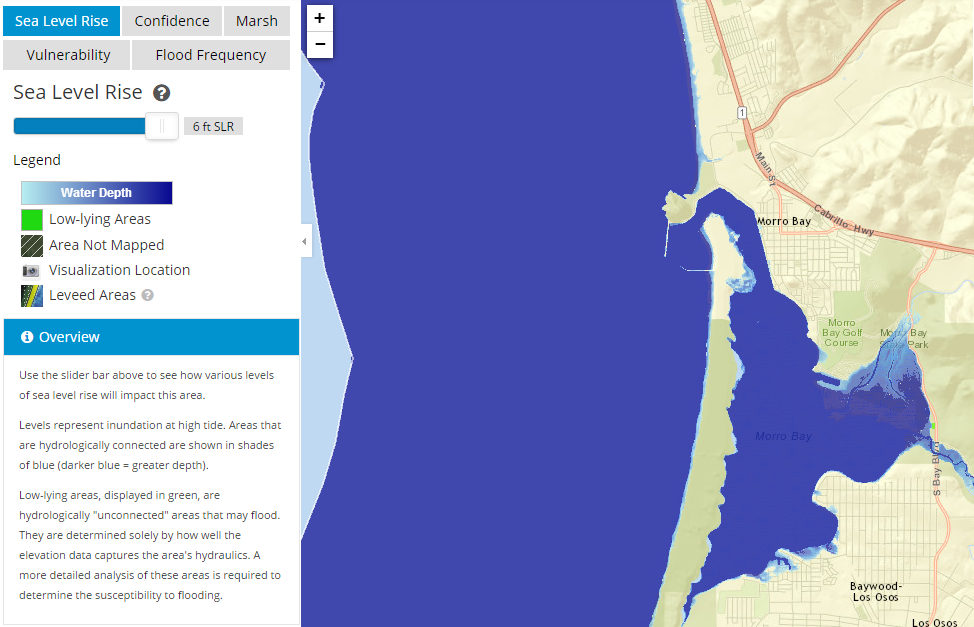 This map shows Morro Bay at high tide with a sea level rise of 6 feet.

You can find out more about how predicted sea level rise may affect Morro Bay in our Climate Vulnerability Assessment.

When scientists are working to figure out how to address potential impacts from sea level rise, one tool at their disposal is the database of images made available by the California King Tides Project. This citizen science initiative asks people to document the effects of today’s King Tides as a preview of tomorrow’s typical tides.

It’s easy to get involved. You can photograph inundated walkways and marshes, shortened beaches, vanishing stairways and disappearing pier supports—anything you notice that is a change from the usual as the year’s highest tides roll in. 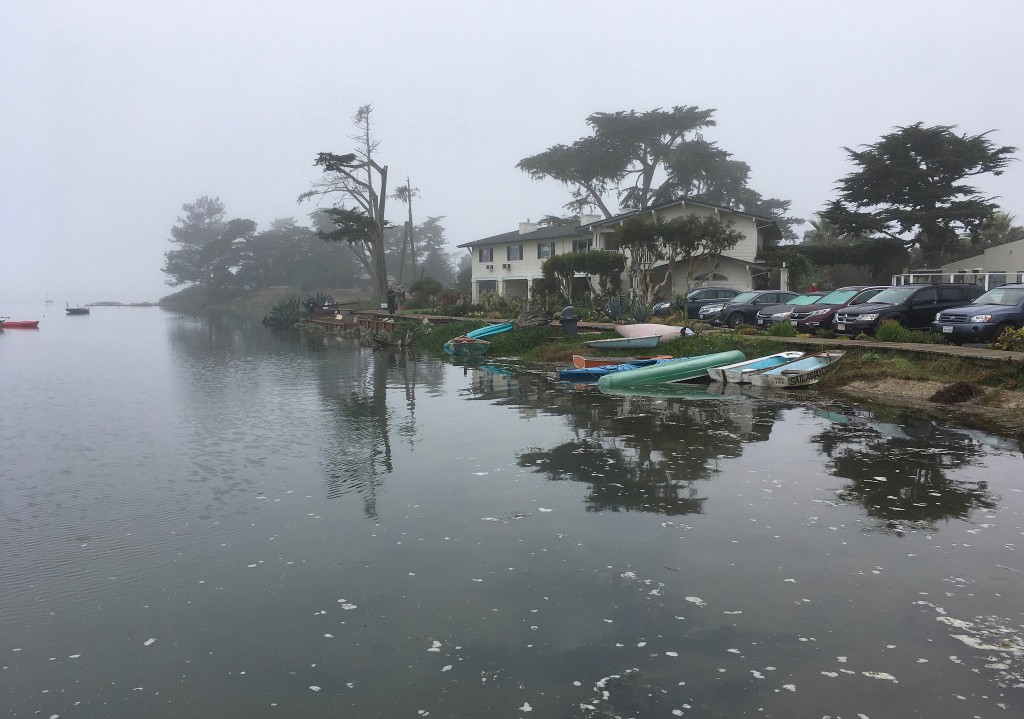 This photograph, showing boats at Baywood during one of last year’s king tides, was taken and uploaded to the California King Tide’s Flickr site by docentjoyce.

To make your photographs as useful as they can be, make sure to turn on your location services on your phone or camera before you start your photo shoot. This will help document exactly where the issues are. The images will be used by journalists, scientists, teachers, and students. They might even help policy-makers see the benefit of increasing coastal resilience and protecting valuable marsh spaces to help us adapt to sea-level rise.

Just pick one of King Tide days listed below, find a safe spot or two, and snap a picture of the morning high tide and then the evening low tide, for contrast.

Once you’ve taken your pictures, share them with California King Tides to add them to their database:

We’d also love to be included in your King Tides posts. Share them on our Facebook page, or connect with us on Instagram and Twitter @MorroBayNEP. We will repost some of the pictures we receive.

Please remember to include the location and date of the photo, no matter where you post. We look forward to seeing your King Tide photographs next week!