Anders grew up in Morro Bay and is an avid surfer and kayak fisherman. After receiving his B.S. in Biology with an emphasis in Ecology, he traveled abroad and worked on small farms. He has since returned to Morro Bay and is working on his M.S. in Resilient and Sustainable Communities. At the Estuary Program, Anders talks with boaters in the bay about the resources available to them to help keep our waters clean.

A quick hike beyond the concrete in Morro Bay will reveal one of the Central Coast’s most abundant and extraordinary plants, the infamous poison oak (Toxicodendron diversilobum). Most folks who enjoy the outdoors are well aware of poison oak and are wary of exploring where it is present. Poison oak gets its infamy from an oil on its surface called urushiol oil that, when absorbed into the skin, causes an itchy rash in about 80% of people, according to the University of California Agriculture & Natural Resources.

As the saying goes, “Leaves of three, let it be!” The leaves of poison oak are the most common feature used to identify the plant. They typically consist of three leaflets with a longer stock on the central leaflet. However, as its scientific name diversilobum implies, poison oak can take on diverse forms and colors depending on the season, its exposure to the sun, the type of soil it grows in, and soil moisture levels. To the untrained observer, it can be rather difficult to identify, keeping novice outdoors-people on their toes. Below are a few examples of poison oak that challenge our identification skills.

We should be more concerned, however, with the latter part of the popular saying — “Let it be!” While many a hiker suffers from poison oak’s defense mechanism, the benefits and services this native plant provides for ecosystems and humans far outweigh the occasional ooze rash. And since, according to botanist William Gillis, poison oak “increases its abundance with disturbance,” we are better off learning to coexist with it than trying to out-compete it—surely a fruitless and counterproductive endeavor. So, let’s discover what else this toxic plant is good for!

Poison oak is what is known as a pioneer plant. After a large disturbance like a fire, for example, poison oak is often the first to pioneer the landscape and stabilize the soil. Stabilization allows more climax species, the coast live oak (Quercus agrifolia) for example, to grow and reach maturity. Poison oak is an extremely resilient plant, thriving in a variety of ecosystems and tolerating unfavorable conditions. We can thank poison oak for helping to keep steep slopes in place and for fostering oak woodlands here on the Central Coast.

In addition to pioneering the landscape and serving a crucial role in the succession of diverse ecosystems, poison oak provides important habitat for a variety of species. Native wildlife are unaffected by urushiol oil and many species use the lush leaves for shade on hot days and its carpet of vines for shelter from predators.

Poison oak also provides nourishment for a variety of animals. Its tender, nutrient-rich leaves and stems are eaten by many herbivores, including black tailed deer, rabbits, and wood rats, as well as several insect species including moth larvae. Poison oak also produces small berries, which are an important and reliable source of food for many resident and migratory bird species through the winter, when other foods are scarce. The birds return the favor by dispersing its seeds through their excrement.

Its rapid growth and the diversity of conditions in which it thrives gives poison oak a competitive edge over even invasive species. There are many invasive  species on the Central Coast of California, including cape ivy (Delairea ordata), and they are extremely destructive to ecosystems. Not having  co-evolved with these foreign flora, native herbivores and plants are usually unable to compete with them to control their abundance. Poison oak, however, has an exceptional ability to choke out invasive species, and in doing so, preserves the integrity and resiliency of many natural systems

Poison oak also serves to limit the amount of human activity on landscapes. In this way, we can think of it as nature’s immune response, growing prolifically when humans tread too heavily on wilderness’ delicate but resilient skin. By letting be those leaves of three, we can give nature time to return balance to its ecosystems and ourselves time to reflect humbly upon our place in nature. Tread often but lightly in the woods, and be aware of the power of nature to speak back. 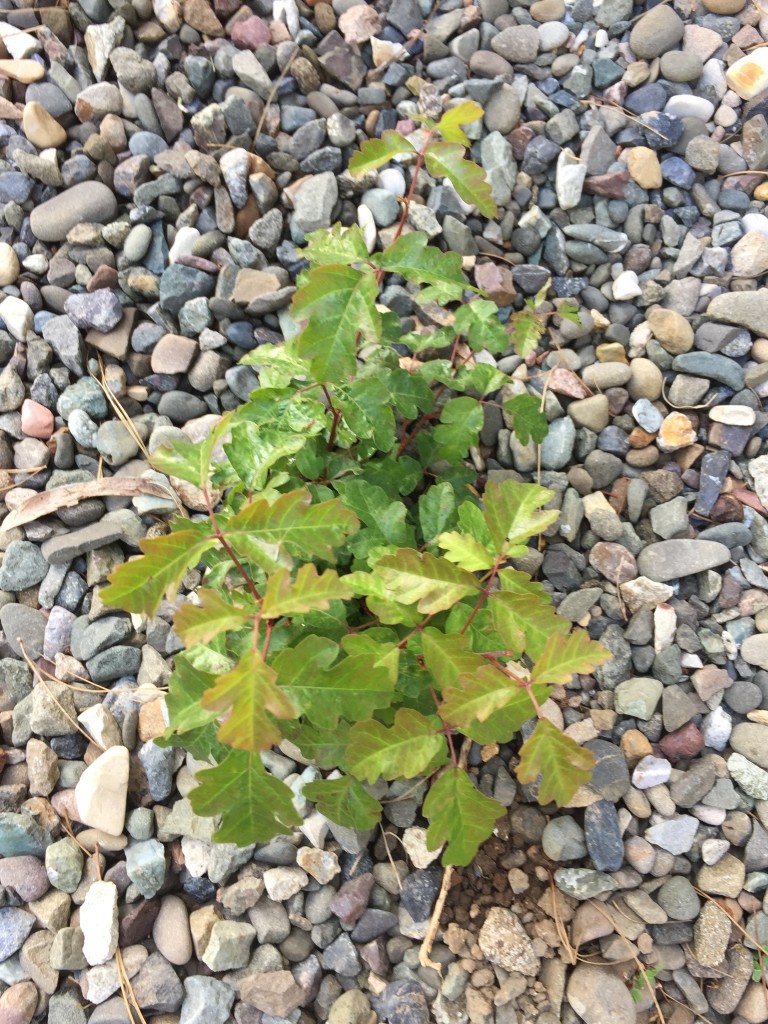 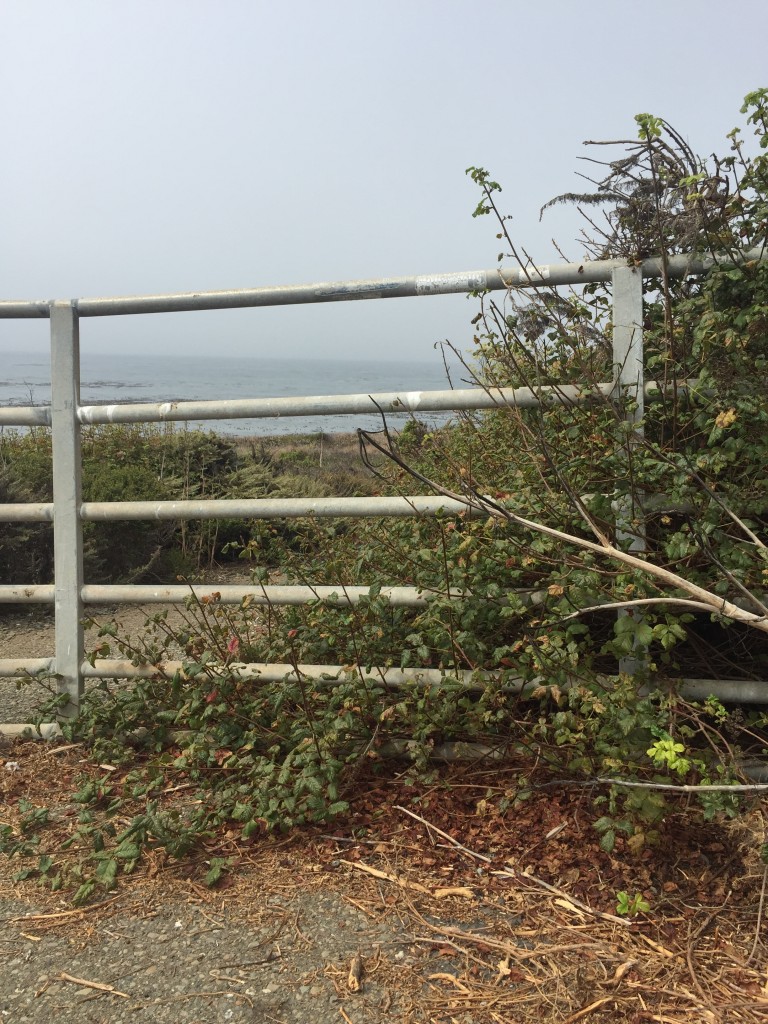 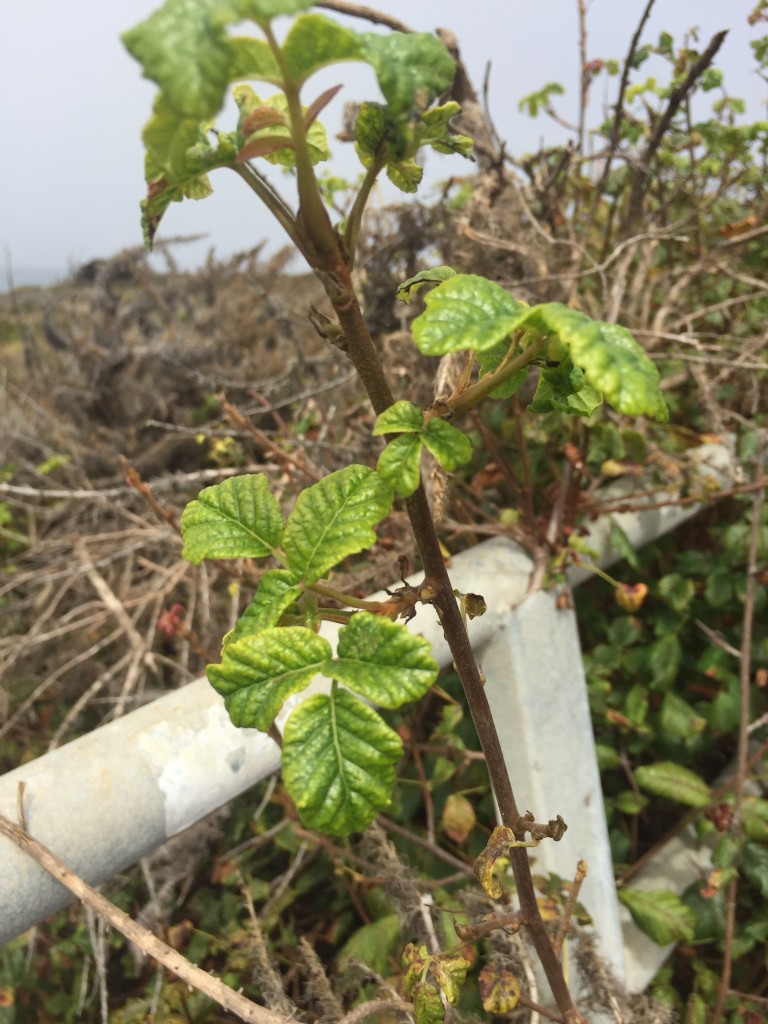 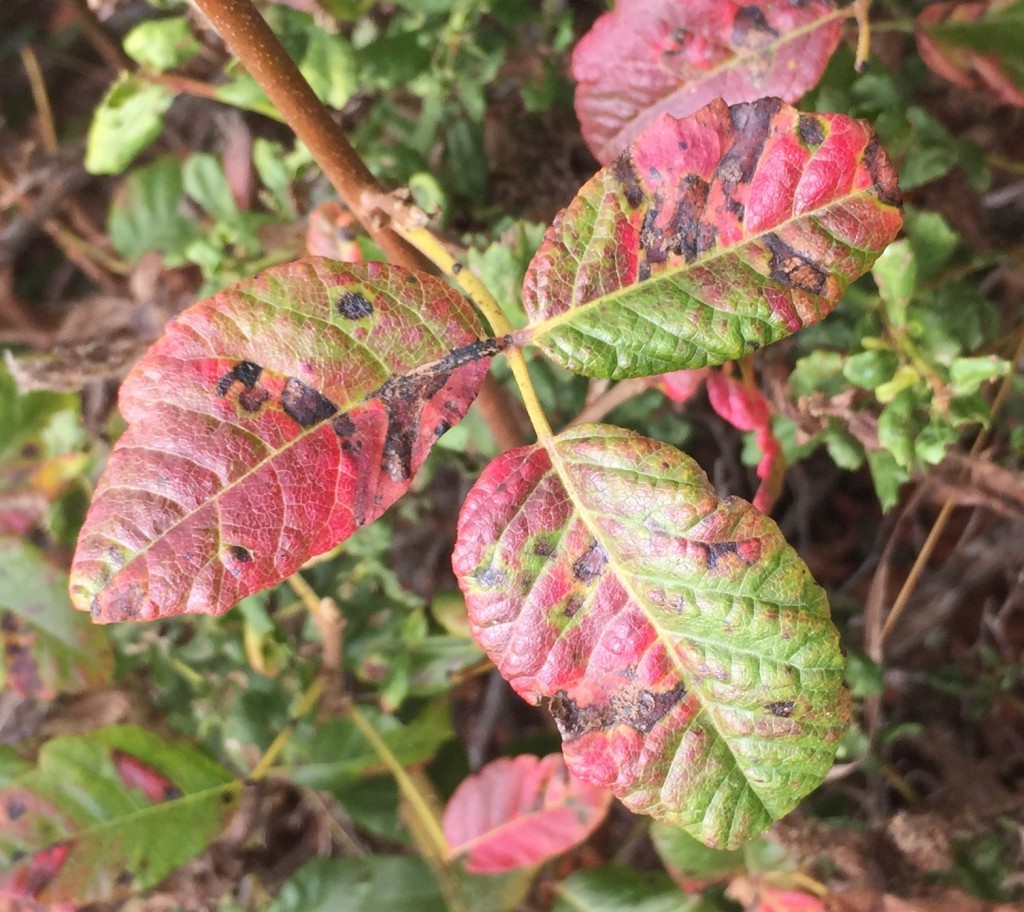 For more information on poison oak, check out the following resources