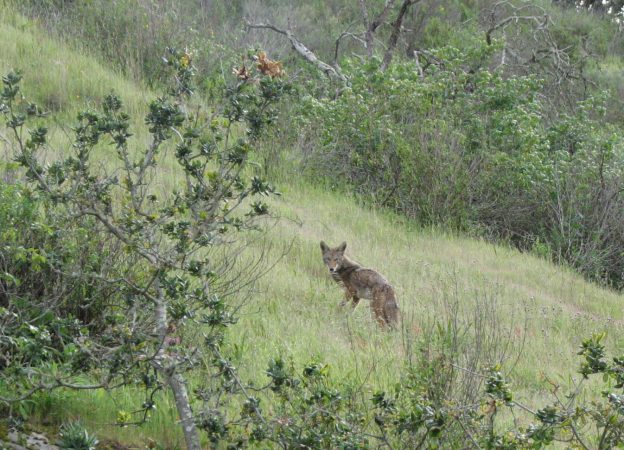 The Morro Bay estuary and watershed are home to many species of plants and animals. The ability of this small geographic area to support such biodiversity is part of what makes it special. The animals around Morro Bay form complex food webs in which some species are both predator and prey. The following images give a glimpse into these relationships. 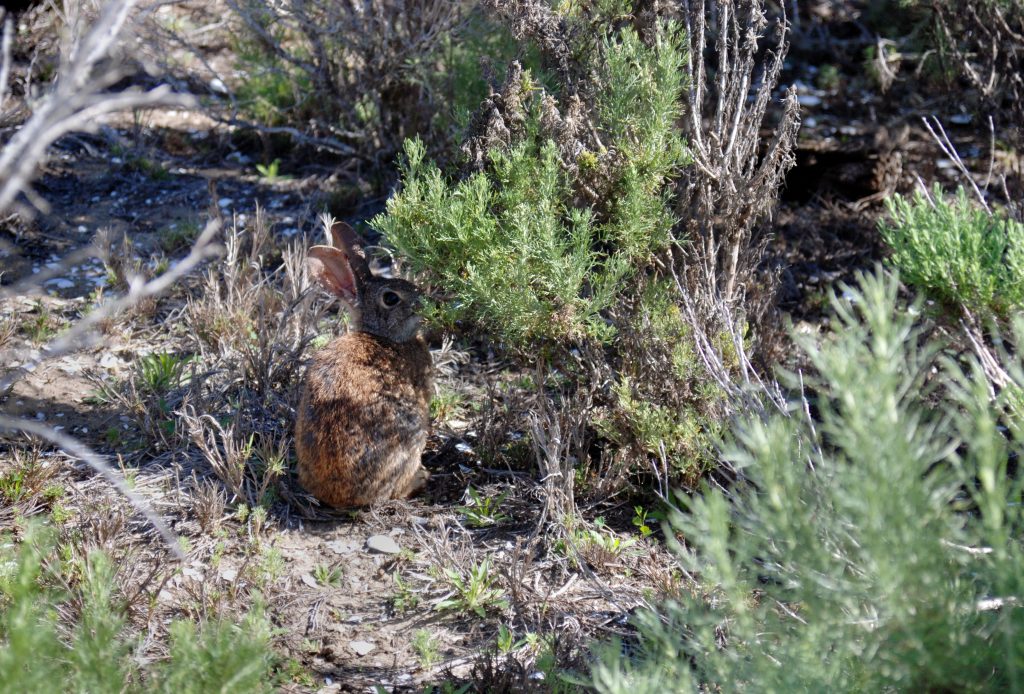 Brush rabbits rarely stray out into the open. Hiding is their main defense against their many predators, including coyotes, foxes, raptors, and snakes. When caught in the open, brush rabbits often run for cover, zigzagging as they try to evade their pursuers. This rabbit was photographed along the Marina Peninsula Boardwalk Trail in Morro Bay State Park. 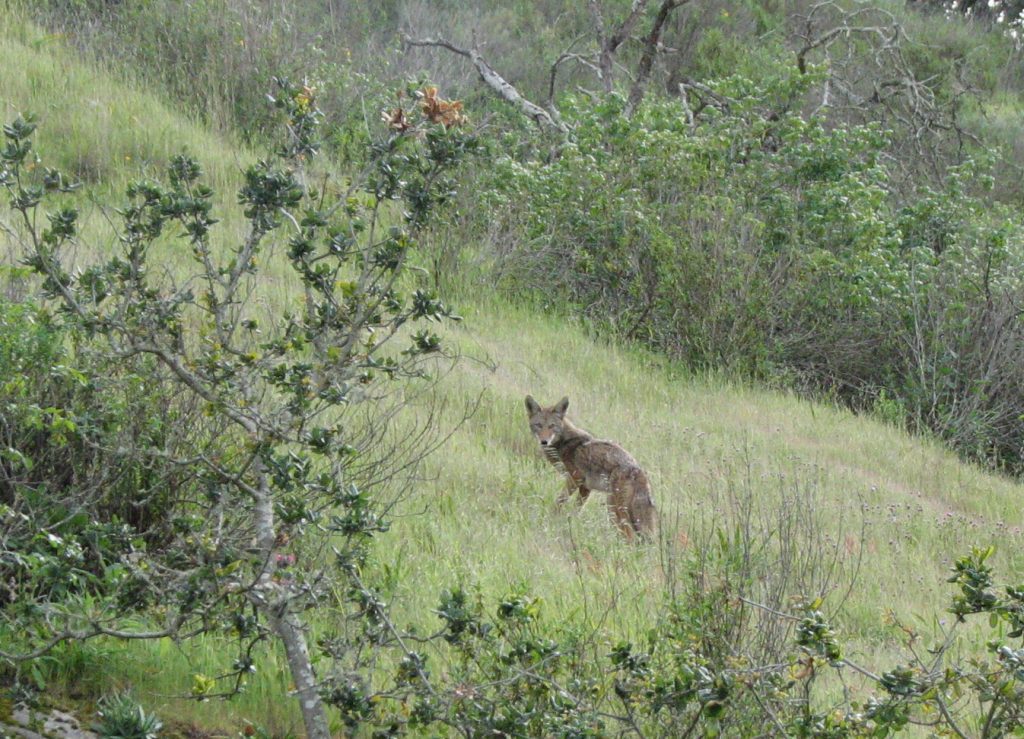 This coyote was spotted at El Chorro Regional Park. Coyotes feed on small mammals, including brush rabbits and ground squirrels. They are opportunistic eaters and may also hunt snakes and lizards if they have the chance. 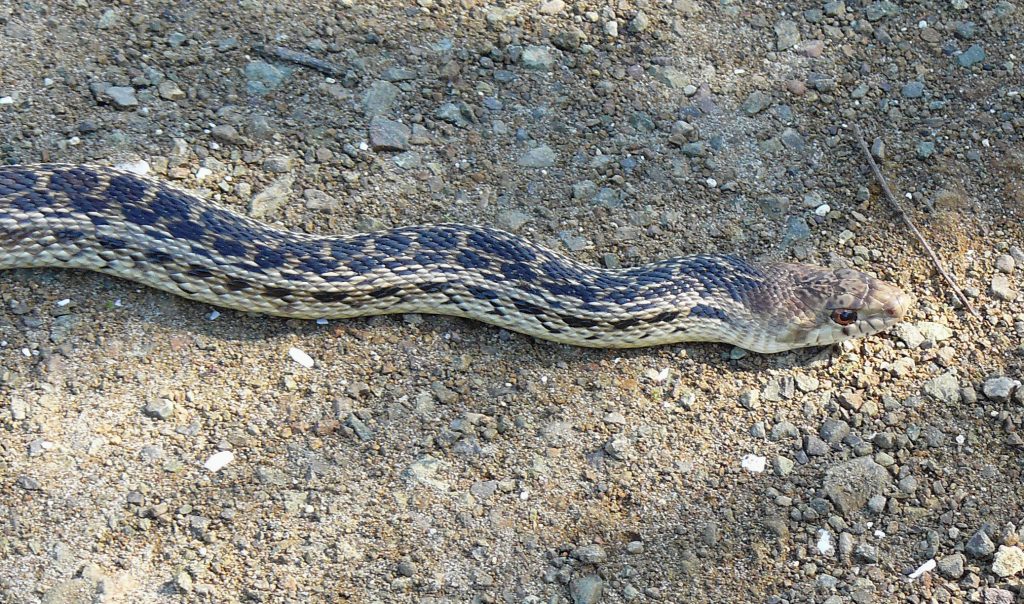 This Pacific gopher snake was spotted in the Morro Bay State Park marina area. Gopher snakes are nonvenomous and cannot harm humans. They do, however, prey on a variety of small mammals, lizards, and birds. Photograph courtesy of Joyce Corey via Flickr. 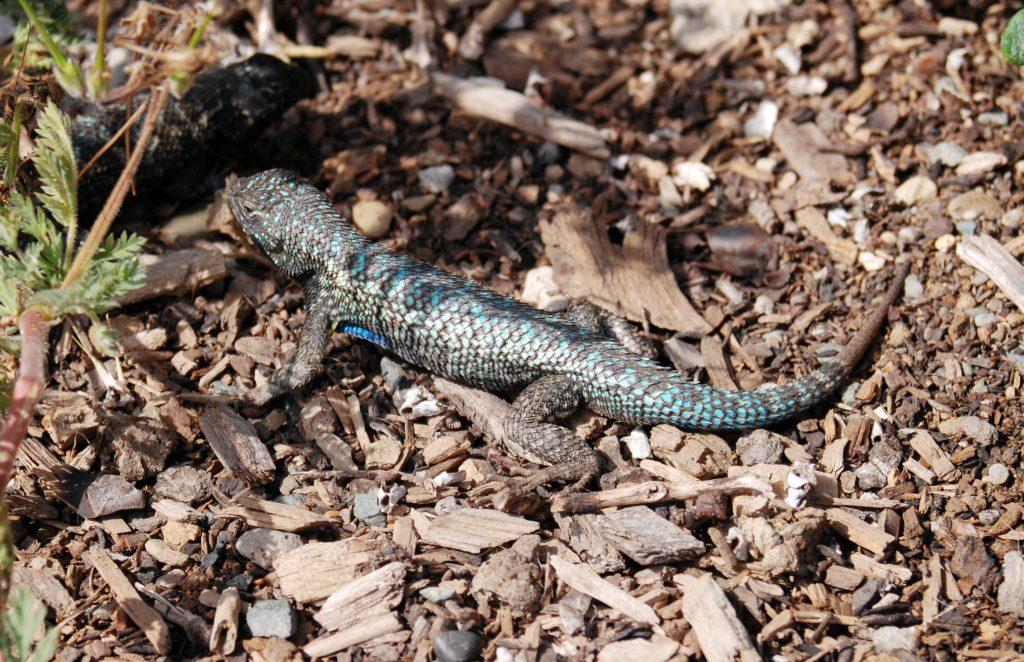 This western fence lizard, with his blue iridescent scales shining in the sun, is easy to spot. This is a common problem for these lizards, which tend to sun themselves in open spaces. When a predator approaches, their first defense is to hide beneath foliage, rocks, or any nearby debris. If this fails, the western fence lizard may drop its tail in order to distract the predator and get away. The tail keeps moving after it detaches, attracting the predator’s attention. It’s an animal kingdom version of the classic bait and switch—the hungry hunter comes in for the kill, thinking they’re getting the lizard, but ending up with only the bony tail. Western fence lizards are also a food source for ticks, which often latch onto the area around their necks. Studies have shown that ticks that feed on these lizards are not able to pass along Lyme disease.

This northern harrier scans the grassy field below for its next meal. Northern harriers are a bit smaller than red-tailed hawks, and they have very sharp, curved beaks. Their faces are flatter than most hawks and falcons, more like the face of an owl. They hunt by flying low over grasslands and prefer to eat reptiles and small mammals. Photograph courtesy of Devra, via Flickr.

If you have taken photographs that illustrate predator and prey relationships in or around the Morro Bay estuary, we’d love to see them! Post them to our Facebook page or tag us on Instagram.