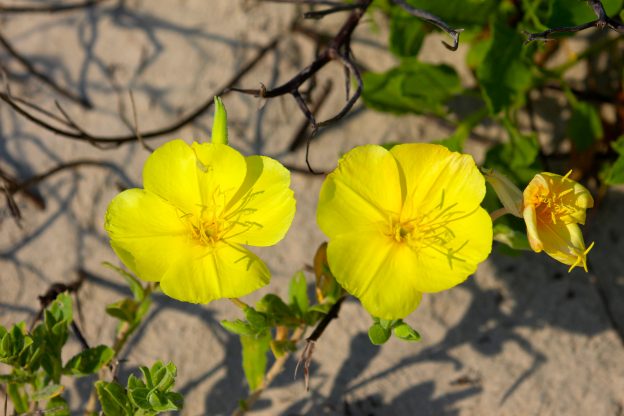 We look forward to April every year. The wildflowers are blooming, the bay view is ever-changing between thick fog, sunshine, and wave-whipping wind. April is also when we recognize Earth Day and celebrate National Poetry Month. At the Estuary Program, we like to bring all of these spring happenings together with a poetry contest that asks people to capture the essence of the Morro Bay estuary in haiku and free verse poems. 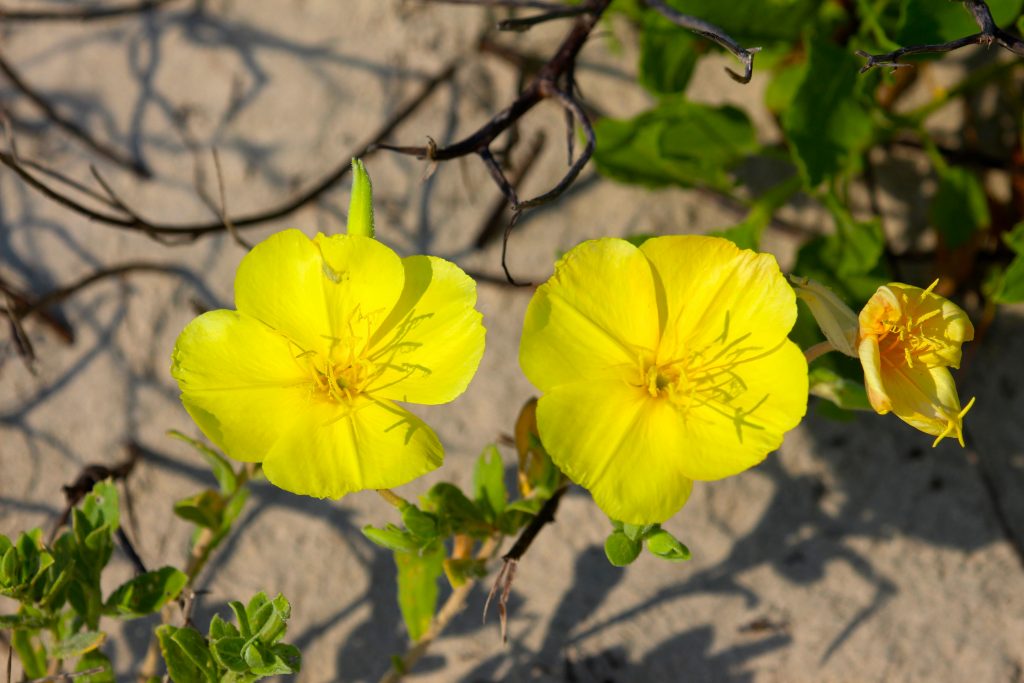 Beach evening primrose. Check out our Native Plant blog series to learn more about this and other local plants.

The poems are judged anonymously and receive points for form, creativity, imagery, and adherence to theme. This year, the 5th anniversary of the contest, a record 101 poets from across San Luis Obispo county and beyond submitted 128 poems. Guest judges Karen Kirby, Marnie Parker, and Kevin Patrick Sullivan carefully considered each and every poem. Karen, who moved to the Central Coast a little more than a year ago said the poems made an impression. She was “touched by the love, respect, and appreciation for the estuary by the local poets.” As a newcomer, she says she is, “amazed every single day by the beauty of Morro Bay, and it was lovely to see that lifelong residents feel the same and don’t take this incredibly special place for granted.”

Returning judge Kevin Patrick Sullivan echoed those sentiments, saying that reading all of the entries gave him, “firsthand knowledge that people care about and want to protect the estuary and its beauty and diversity of life.” Estuary Program staff agree. This contest inspires us to keep working hard to protect and restore the estuary for today and for the future. We hope that the winning poems will inspire you, too.

To hear the poets and guest judges read their work aloud, please join us at Coalesce Bookstore on Friday, May 18, at 7 p.m. We’ll applaud the contest winners and share our loves of the bay and poetry.

On that frosty morning

overflow on the rising tide.

wedded waters to the sea

silent, except for ripples

from anchor lines slicing the current.

Like the in and outgoing movement of the tides

There is a sense of urgency

Skittering over the mudflats

all so stoic in their own manner

but don’t be fooled,

they are very present to their surroundings and movement

in their stillness there is an attentiveness

the eel grass and all those creatures invisible to our eyes

Even the Turkey Vultures, the Gulls and Osprey sky circle above

Some beating fast, others as if in a ballet dance, slow, methodically

If I could tell you how it sounds on paper, I would

wonder if the birds worry about tomorrow.

They can be such role models.

but why would I?

Yet, I find great comfort that tomorrow or the next day I can come back to this very same spot

if the tide is right

and see the skittering movements over the water and mudflats,

and the smell of the salted marsh waters

that not only cleanses and nourishes its bay but lately also my spirit.

Atop the groves of eucalyptus, echoing through

The massive husks of splintering bark and redolence,

That the tide ushers in,

He stirs – his shrill cry

An omen shattering the sanctity of the Estuary

While restoring the primeval calm.

His wing severs and cleaves the air, master of water and wind,

His reign majestic and ethereal, yet ephemeral.

The air is heavy with the weight of our error.

Watch as he ascends, shrieking,

Clambering for our attention,

The tide no longer receding, the forest floor quaking

In undue anticipation of the great flood.

The Kingfisher, his Royal Jester, casts his glance down

In dejection; A glum silence overcomes his sparkling

Countenance, his majesty returning from his catch

The last warbler has moved away, the last reed

Enveloped in a newfound sea, the final cattails

Pickled by the brine that the ocean washes in.

The banks are silent and buried by the brashness of our imprudence.

The earth around us groan in anguish, the

Devoid of the cries of the Osprey.

Every morning the sun rises on the Estuary

Not only a home to the animals but a home to beauty and mystery.

From the mini trout to the smooth flying Egrets and Blue Herons.

The Estuary, so peaceful yet so anxious,

Anxious with life and even death.

Sometimes just waiting to see where the wind will blow it next.

Soon the sun will begin to run back to its home,

And night will fall over the Estuary,

Slowly mesmerizing all who inhabit it,

With the miraculous flavor of citrus colored skies.

The ones who have witnessed the salty essence,

The life that thrives beneath the land we walk on,

Will know that this amazing place is here to turn everyone’s soul gold and pure.

Haiku—three-line poems consisting of 17 syllables in a 5/7/5 pattern—traditionally focus on nature.

Bringing homes for all the crabs

Many thanks to our wonderful guest judges! They make this contest possible. 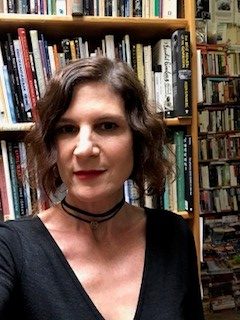 Karen Kirby joined the staff at Coalesce Bookstore just over a year ago and is thrilled to call Morro Bay home. She was born and raised in Louisiana and spent her professional life in independent bookstores and libraries. As part of the library Youth Department she oversaw the arts program which included poetry writing and frequent poetry slams. 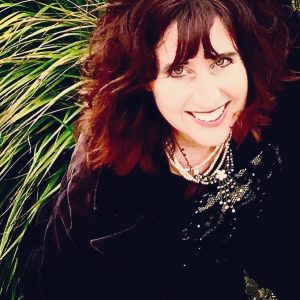 Marnie Parker received a Bachelor of Arts in English and TESL at Cal Polytechnic University. A variety of her fiction, nonfiction, and poetry has been published in the Central Coast and Virginia publications. Parker’s Blue Sanctuary (2015) placed first in adult free form and her poem Meandering through the Zostera (2017) placed second in the same category for The Morro Bay Estuary contest. Recently, she was nominated and selected to read for the third annual Tanta International Poetry Festival in Egypt October 2017. She read some of her selected poems which included her award winning poem Breaking of Coral translated into Arabic and included in an international anthology. Currently, she is sending off her manuscript Brush Strokes about the relationship between poetry and painting. 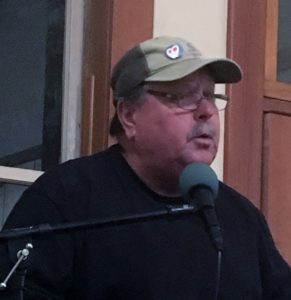