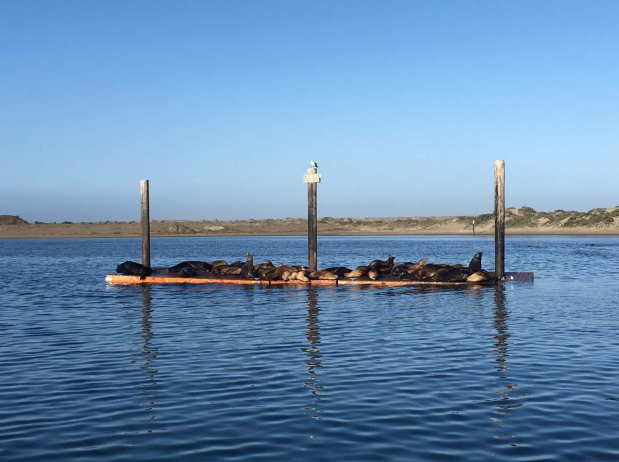 California sea lions are the largest and fastest marine mammal that live year-round in Morro Bay. They can weigh as much as 860 pounds and swim as fast as 25 miles per hour. They also have between 34 and 38 formidable teeth, including four long canines. They use their teeth to catch their prey, but not to chew it. They swallow their food, mostly fish and squid, whole. 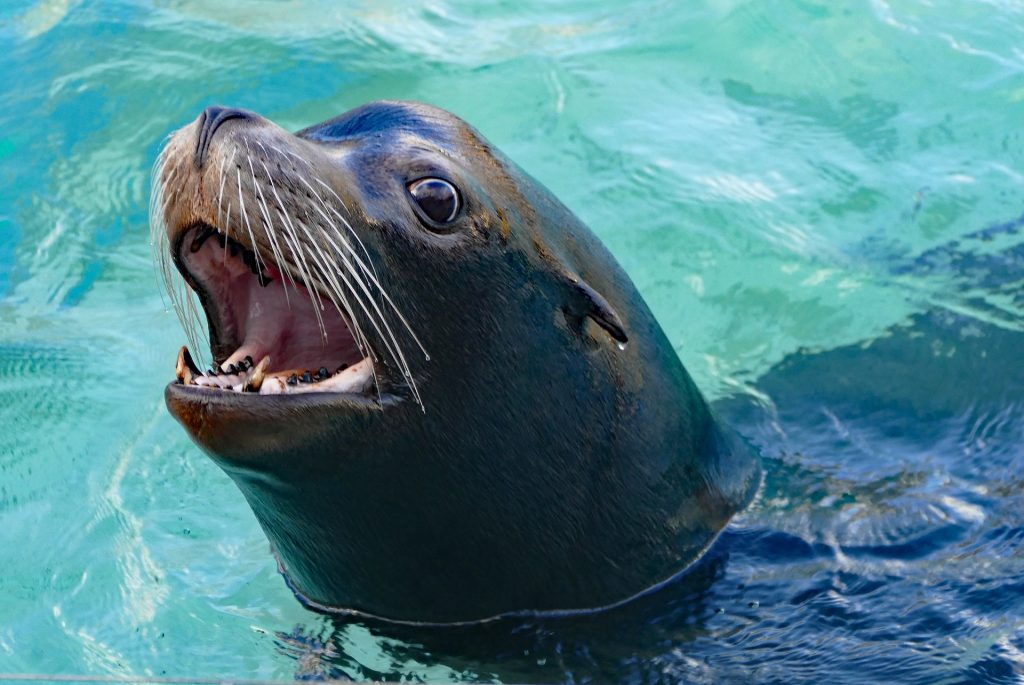 Sea lions’ front teeth are short, but sharp. They use them to grip their prey. Photograph via Pixabay.

Morro Bay’s sea lions have their own dock

Sea lions like to rest out of the water on docks or even boats. In a busy harbor like Morro Bay, this habit can make it inconvenient and potentially dangerous for people to board their boats. 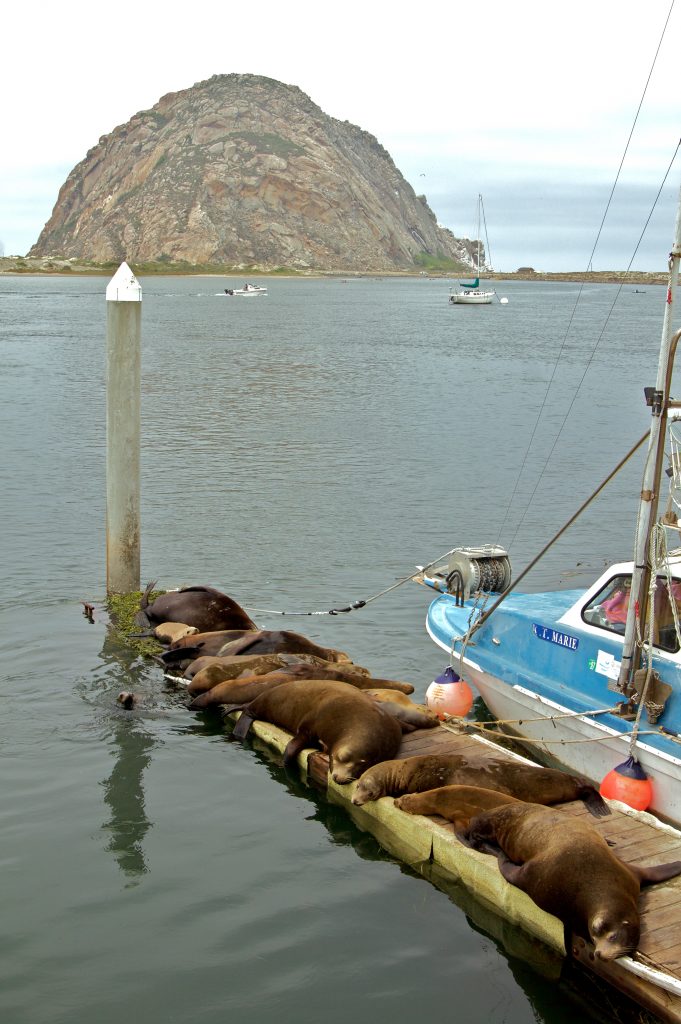 Sea lions line a dock next to a fishing boat in this photograph from 2009, courtesy of H. Michael Miley, via Flickr Creative Commons.

This is part of the reason why the City of Morro Bay turned a floating dock in the forebay over to the sea lions about ten years ago.  It gave them a safe place to rest and helped to keep them away from more populated areas.  When the sea lions wore that dock out in January of 2018, the Friends of the Morro Bay Harbor Department raised money to build a new one for them.

The fundraiser was successful, even exceeding the amount needed to fully fund the new dock. The extra funds will go toward a pair of viewing binoculars that can be used to watch the sea lions, and any other wildlife that happens by, from the pier between the Anderson Inn and the Hofbrau.

You can also get a good look at the sea lion dock from our Estuary Nature Center’s wildlife viewing station, and a glimpse of it through our live Morro Bay webcam. Just look for the three vertical pilings to the right of Morro Rock.

Even when Morro Rock is shrouded in fog, the sea lion dock is usually visible from our Baycam.

You may have noticed that the dock seems a little less busy than usual lately. That’s because, while some juvenile sea lions stay in the bay all year, adults go to the Channel Islands during the summer.

From June into July females give birth to pups that weigh as much as 20 pounds. Adult males arrive after the pups are born, and mating season begins. Females continue to nurse their pups for at least six months, even after they become pregnant. Once breeding season is over, sea lions migrate north. Females journey as far north as Monterey, California, and males may swim all the way to Washington state. 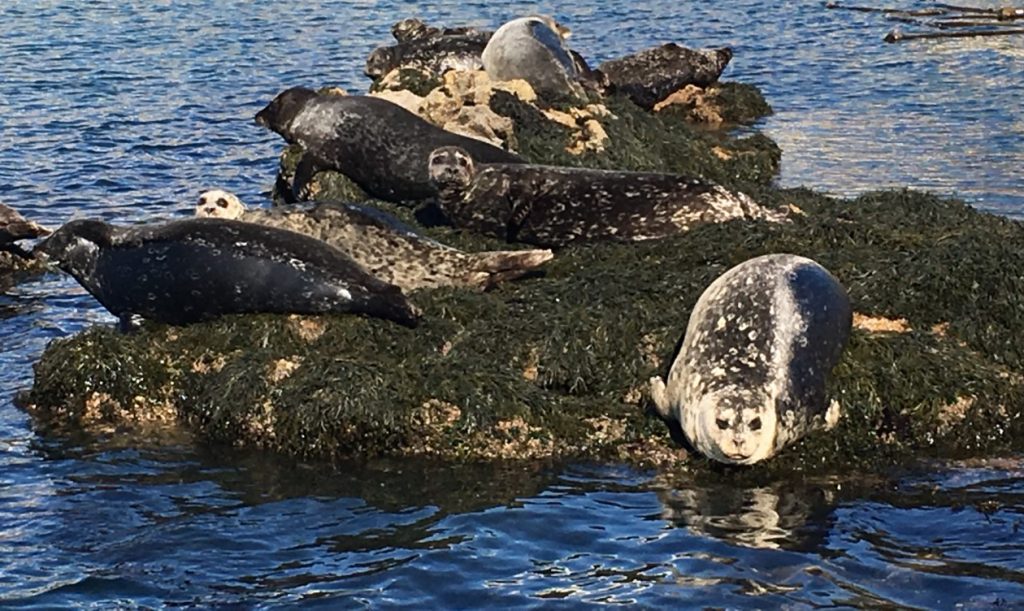 How to help injured sea lions and other marine mammals

If you notice a sea lion or any other marine mammal that appears to be in distress, always maintain your distance, and call the Marine Mammal Center. A trained volunteer will either answer the phone or call you back if you leave a detailed message with your contact information.