Twenty-Five Years After the Highway 41 Fire of August 1994

Twenty-Five Years After the Highway 41 Fire of August 1994 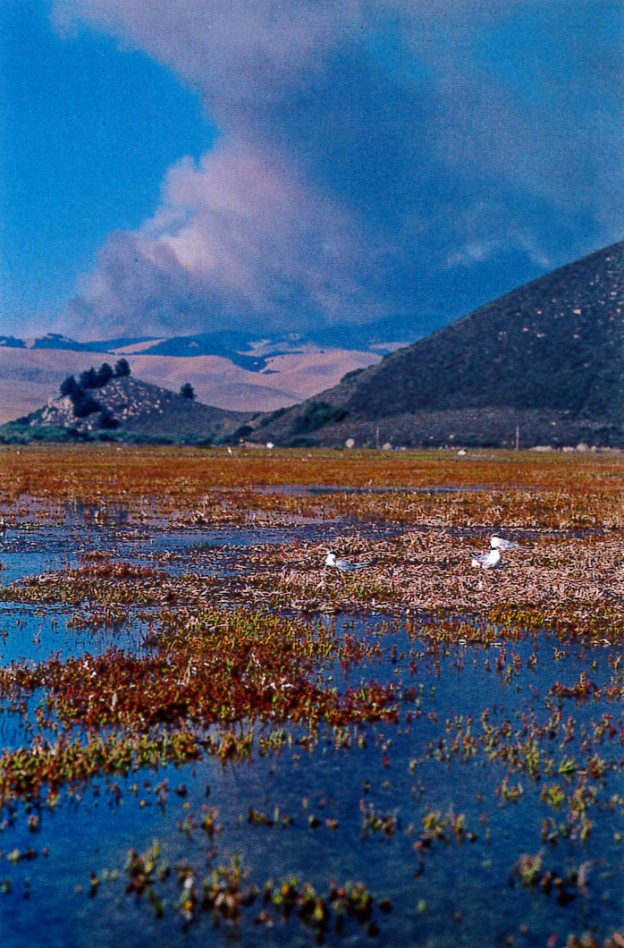 Watching the Highway 41 Fire from the Morro Bay estuary

On August 14, 1994, the Highway 41 fire broke out on the Cuesta Grade. Ruth Ann Angus, local photographer, writer, and long-time supporter of the Estuary Program, was out kayaking on the bay with a friend when the Highway 41 blaze began. 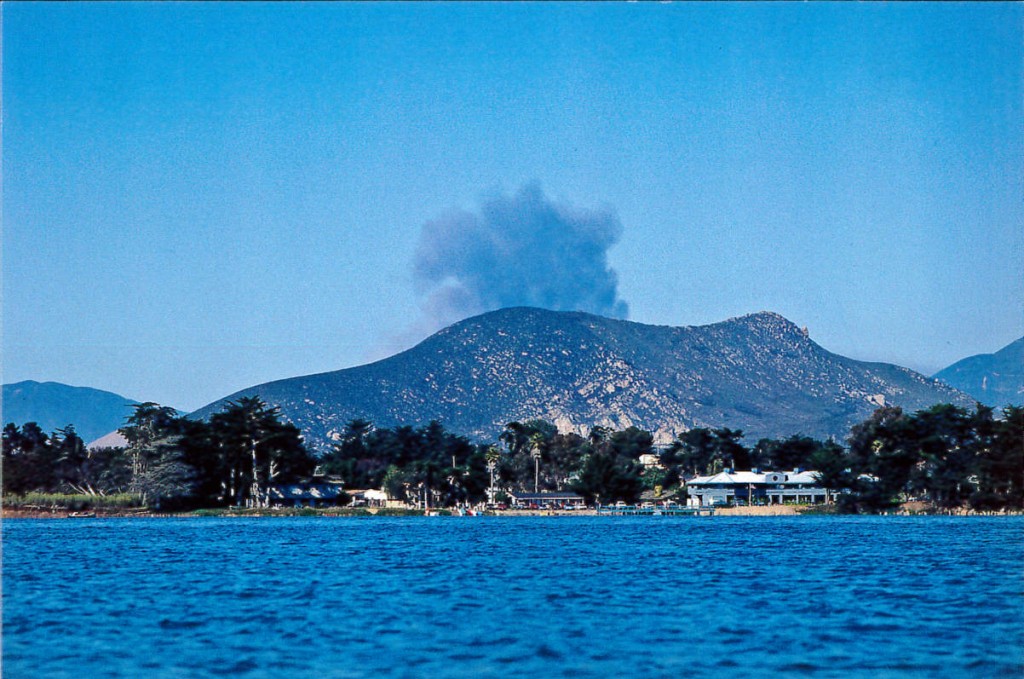 The smoke plume from the Highway 41 fire in August of 1994 begins. Photograph taken by Ruth Ann Angus from a kayak in the Morro Bay estuary.

As Ruth Ann recalls, “We paddled all the way back to Sweet Springs and as we turned around there, I spotted the puff of smoke in the sky. I knew it was bad so we immediately began paddling back to the Marina area….” She took photos on the way back to shore. As they paddled, the plume of smoke grew. 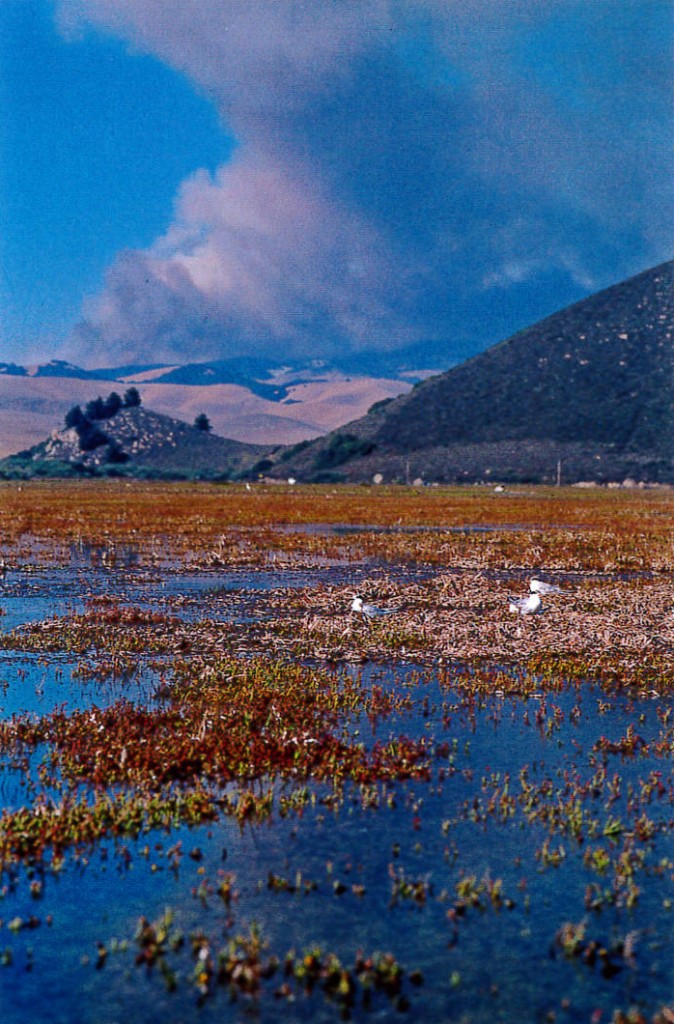 Effects of the Highway 41 Fire

The Highway 41 fire destroyed 42 houses and burned 50,000 acres of land from the west end of Atascadero to Morro Bay. The aftermath of the fire damaged the estuary, too. It reduced the amount of vegetation in the watershed, which led to less stable soils, which meant an increase in the amount of silt that washed down into the estuary during that spring’s heavy rains. (In an article in The Tribune, John Lindsey reported eight inches of rainfall at Cal Poly on March 9, alone.)

Increased sedimentation is a big problem because it causes the estuary to fill in at an unnaturally fast rate. This makes the habitat change so quickly that local wildlife can’t adapt to the new conditions. When sediment enters the bay, it can also make the bay murkier. This makes it more difficult for aquatic plants like eelgrass to get the sunlight they need to thrive. The Estuary Program’s eelgrass bed monitoring revealed a serious decline in acreage after the spring storms of 1995. 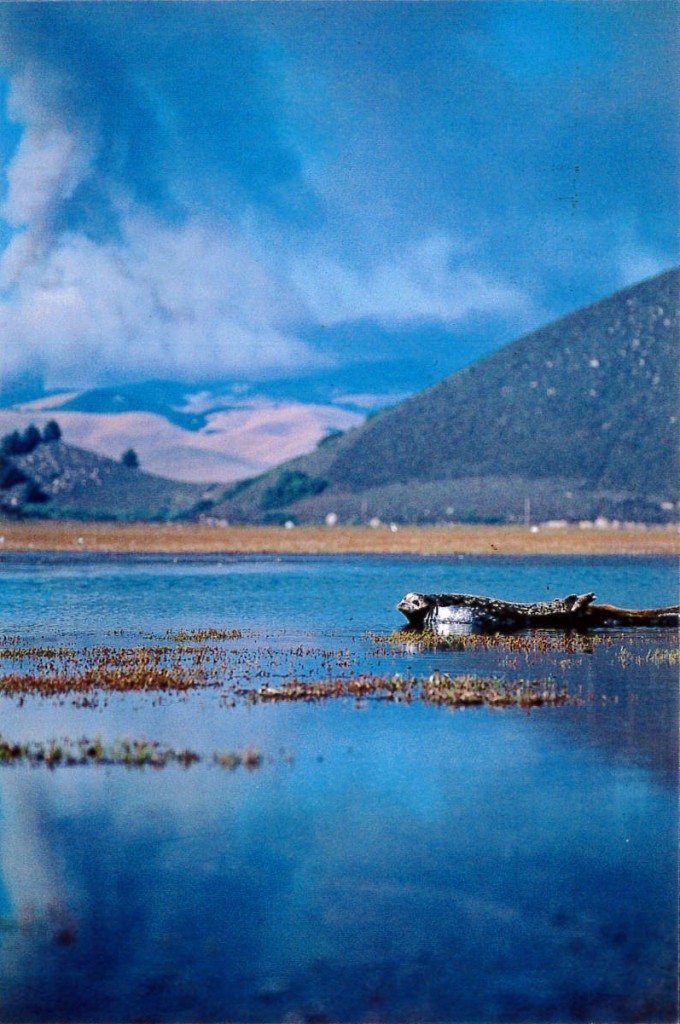 A harbor seal rests in the bay, beneath a sky full of smoke. Photograph by Ruth Ann Angus, August, 1994.

Since then, multiple fires have broken out along Highway 41 on the Cuesta Ridge, in other areas of San Luis Obispo County, and across the state. This video from the San Luis Obispo Tribune documents the emergency response to a fire burning on Cuesta Grade on August 16, 2015.

Visit this webpage to learn how you can help prevent wildfires in California and watch this video to learn how to protect your home and your family in case a wildfire breaks out near you.