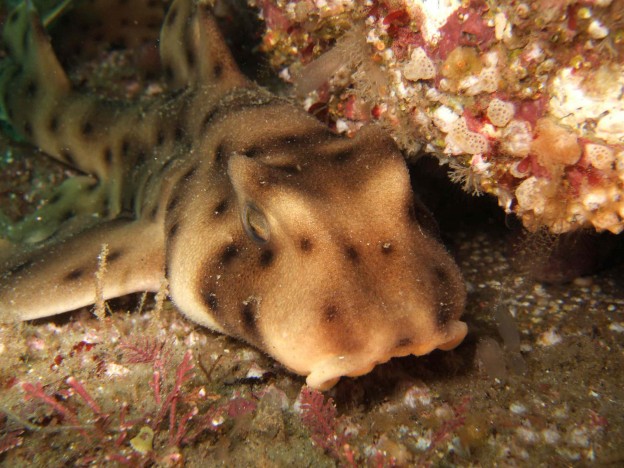 The tide was very low at our recent beach cleanup at the Morro Bay State Park Marina, and volunteers took the opportunity to look for trash amongst rocks that are often submerged beneath the water’s edge. They picked up bottles, bags, cups, cigarette filters, and other items, ensuring that the bay wouldn’t pull them back in when the tide rose.

While looking for trash, one volunteer found an unexpected and beautiful surprise: a horn shark’s egg case. 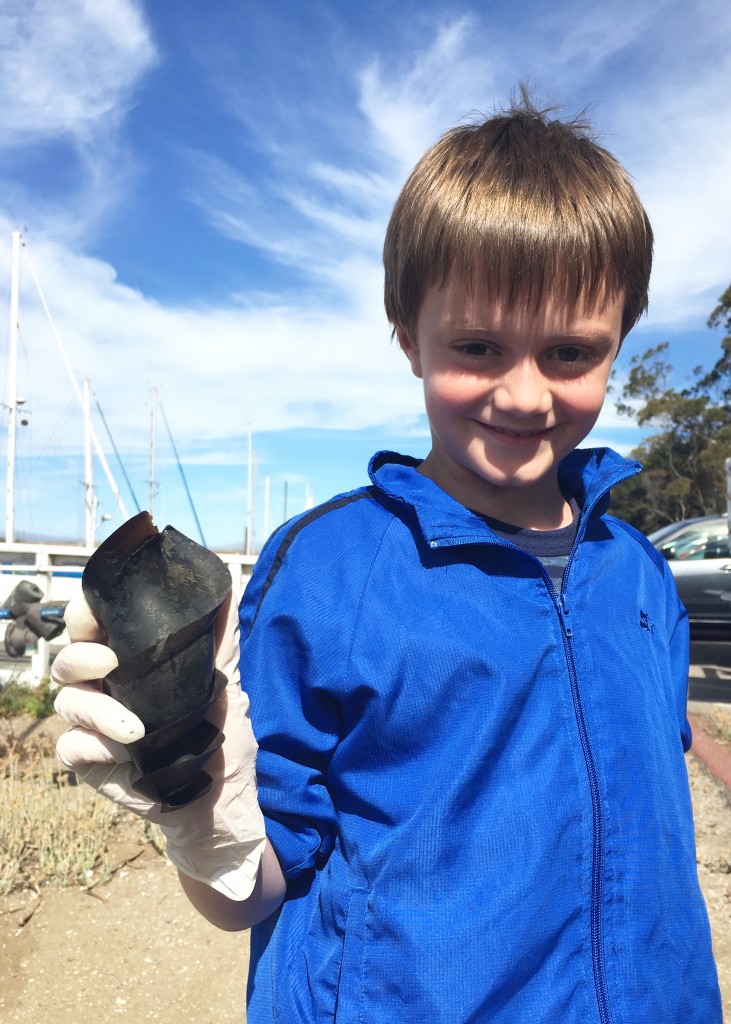 Volunteer River Ciao Flynn holds the horn shark egg case he found during our shoreline cleanup. Though there was no pup inside, he returned the egg case to the rocks where he found it.

It was a wonderful reminder of how much life there is beneath the surface of the Morro Bay estuary.

Horn sharks breed in winter, and this egg case likely began its journey sometime between February and April, when females deposit them on the estuary floor. The mothers then pick up the egg cases with their mouths and wedge them amongst rocks below the water. 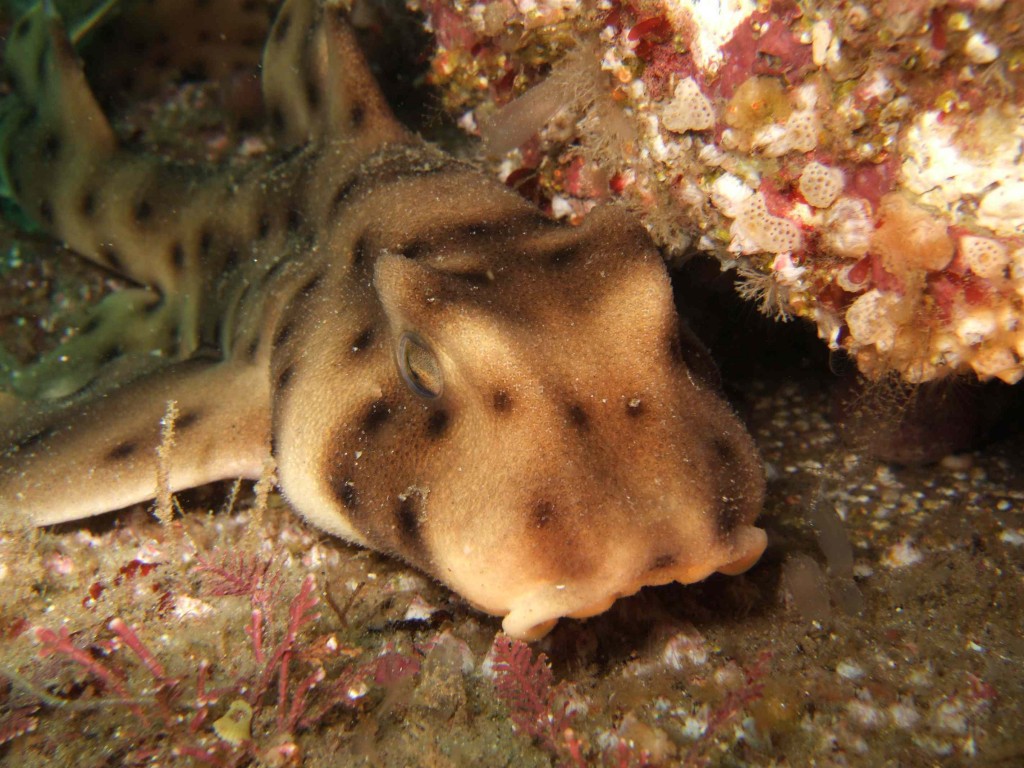 A horn shark underwater. Photograph courtesy of Heal the Bay, by Nick Fash.

Though this egg case might once have contained a single pup, it had already opened and there was no life inside. Still, the volunteer put it back where the female shark had placed it. 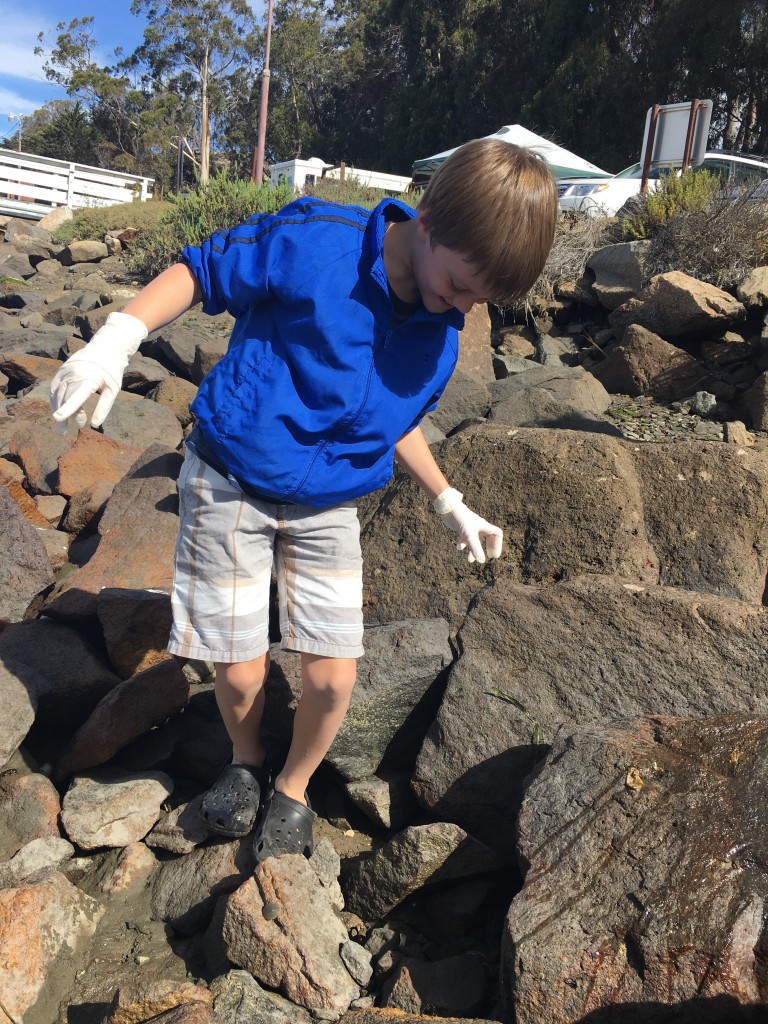 Horn shark females wedge their egg cases amongst rocks, where this one was found.

Horn sharks are related to bullhead sharks, and range from Monterey Bay south to Baja California.  They are typically small—reaching only three feet long as adults—but they can bite with a force of 76 pounds, about twenty pounds more force than the average dog. They won’t bite divers unless provoked, but their jaws help them ingest crabs, sea urchins, and other invertebrates.