California Brown Pelicans are easy to spot in Morro Bay’s waters. They’re one of the biggest birds out there, larger than other subspecies of brown pelicans, though a bit smaller than white pelicans. Adults have a wingspan of about 6.5 feet, and they can weigh up to 11 pounds.

They also dive in a big way. A pelican can begin its descent from up to 60 feet in the air, once it has spotted a fish with its keen eyes.

The impact of the pelican’s dive is lessened by air sacs beneath its skin, which also help to buoy it up as it surfaces, ready to swallow its catch. Their pouches hold up to three gallons, and they can eat as much as four pounds of fish each day—mostly in the form of anchovies, mackerels, and sardines.

Pelicans dive for fish near Morro Rock in this YouTube video.

While these big, beautiful birds are pretty plentiful today, they were listed as endangered in 1970, when their reproductive success plunged to almost zero. According to the National Park Service, only one chick survived out of 552 nesting attempts on West Anacapa island that year. The cause of the drastic decline in reproduction was found to be runoff containing the pesticide DDT, which was then banned in 1972. That ban, combined with other conservation efforts, allowed the species to successfully rebound over the years. The brown pelican was taken off of the Federal List of Endangered and Threatened Wildlife in 2009, because of this successful recovery. 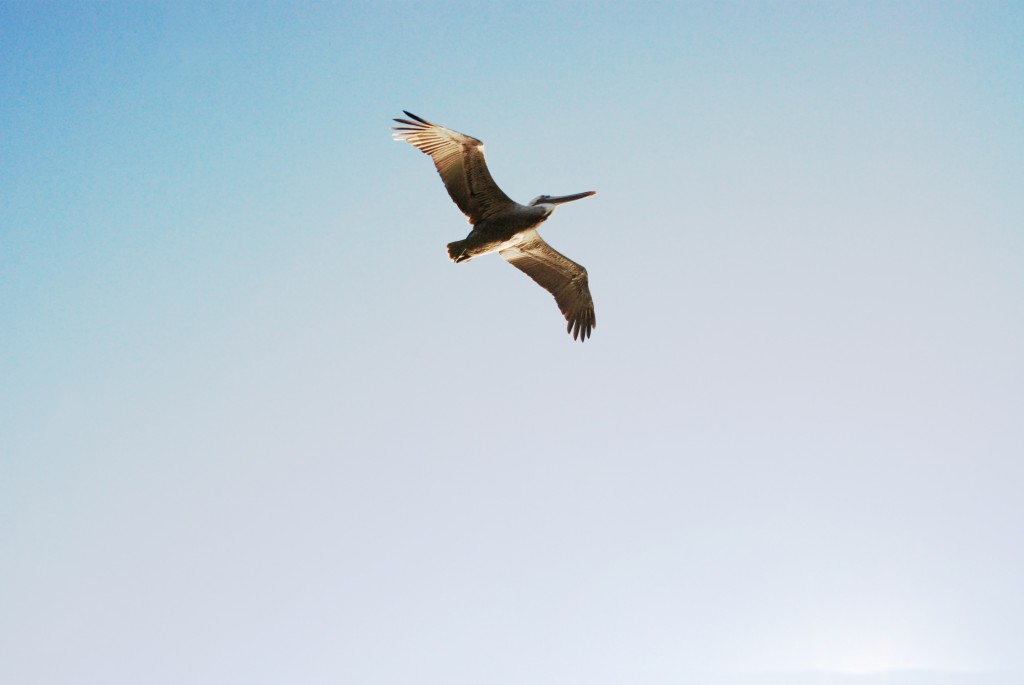 How you can help

We are glad to be able to see California brown pelicans throughout the Morro Bay estuary today. In order to help keep these birds safe, there are a few things we can do:

If you happen to see a pelican near Morro Bay or beyond that looks like it needs help, please call Pacific Wildlife Care. They have helped get many pelicans—and a variety of other bird and wildlife species—back on their wings and/or feet.

We had the chance to track one pelican through pickup, recovery, and release at the Pacific Wildlife Care Center in Morro Bay. Check out that story here.