You know that feeling when you hear a story that is too good to keep to yourself? Local creators Simo Nylander and Tom Wilmer had that feeling while working on our Bay Story video and podcast series a couple of years ago.

The Bay Story video above shares the story of Kaila Dettman and Terry Hooker, who lived on a boat in the Morro Bay estuary for a time.

Simo is a local cinematographer who has worked on a variety of films, including the acclaimed documentary Bōtso. Tom is an on-air and digital media producer who hosts the award-winning Journeys of Discovery podcast on KCBX and NPR. They both have an eye and an ear for a good story.

During the Bay Stories project, they visited with many of the people who had helped start the movement to protect and restore the Morro Bay estuary in the 1980s. The interviewees talked about their love of the bay and the surrounding lands. As Simo recalls, “When I was filming at Morro Bay estuary, I would invariably meet someone who wanted to let me know how much they loved the natural beauty of the bay. I was amazed about how far away people had traveled to be here, literally from all over the world. And I was surprised to learn that most of them had visited before. One gentleman came to Morro Bay nearly every year since the late 1940’s . . . until he decided to retire here.”

People also shared details about the work they’d done to gain both state and national designation for the Morro Bay estuary, and expressed their excitement over being accepted into the National Estuary Program. 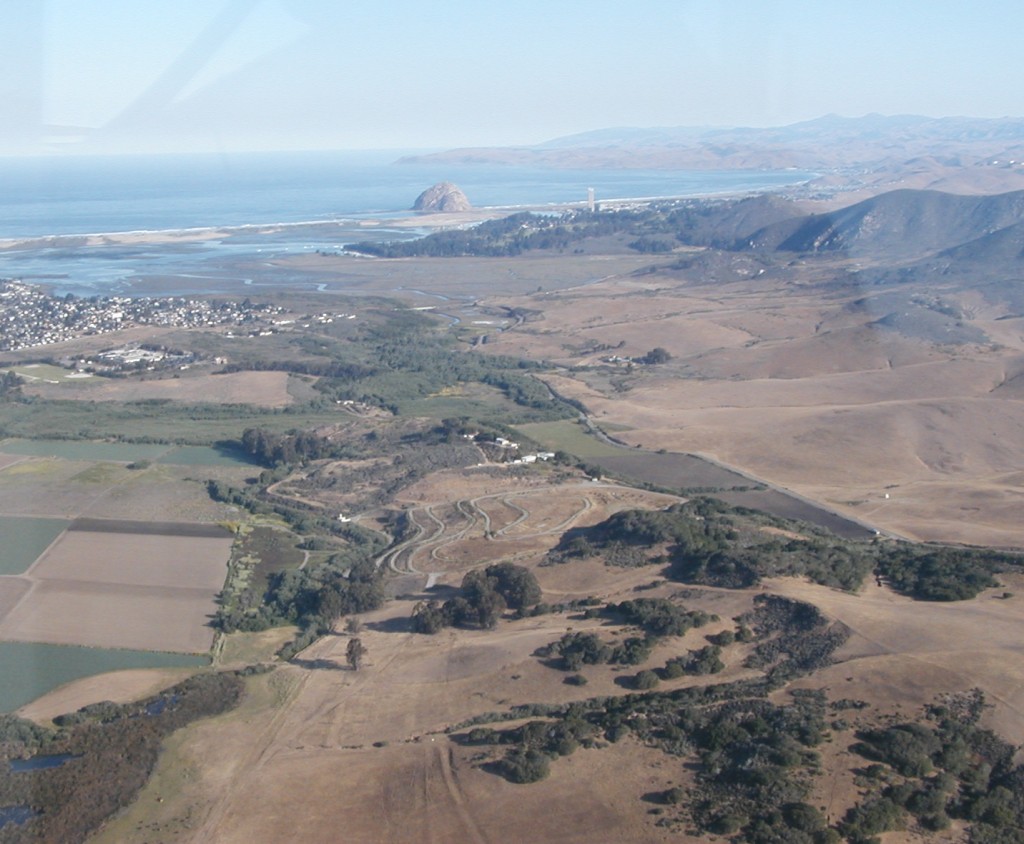 This photograph shows Morro Rock, Morro and Estero Bays, and a portion of the watershed. It was taken from the window of a plane in 1988, seven years before the establishment of the Morro Bay National Estuary Program.

After the Bay Stories project wrapped up, those voices kept coming back to them, with each person bringing their own perspective and history to the mix. Inspired by their belief that, “Morro Bay is a natural treasure we can’t afford to lose,” Simo and Tom decided they had to tell this tale in more detail. They reached out for donations, pitched in their own money, and sought and received project funding in the amount of $3,000 from PG&E and $5,000 from the Morro Bay National Estuary Program to help complete the project.

Once they knew they could create the film, they dove into the Estuary Program’s archives and did additional interviews to complete their research. They combed through their existing footage and captured more stunning shots of the bay. They reached out to program founders who had moved away and invited them to tell their piece of the story.

It all paid off. Of Marshes and Morros tells the true story of the community banding together to protect and restore the Morro Bay estuary by creating the Morro Bay National Estuary Program. The film toured a variety of festivals—showing as far afield as Siberia. It took home the award for Best Documentary Short in both the San Luis Obispo International Film Festival and Los Angeles Independent Film Festivals. At the festival in Los Angeles, it was chosen from thousands of entries to show live and Simo won an additional award for Best Cinematography.

Simo and Tom believe strongly in Morro Bay and the people who love it. They hope that their story, as told through Of Marshes and Morros, will inspire others to become active stewards of bay. At the Estuary Program, we are very thankful for Simo and Tom’s work to document this story and for the thousands of people (no exaggeration) who came together to make our work today possible. With that foundation and the ongoing work to protect and restore the estuary, we hope that our children’s grandchildren will have the chance to experience this special place just as we experience it today. 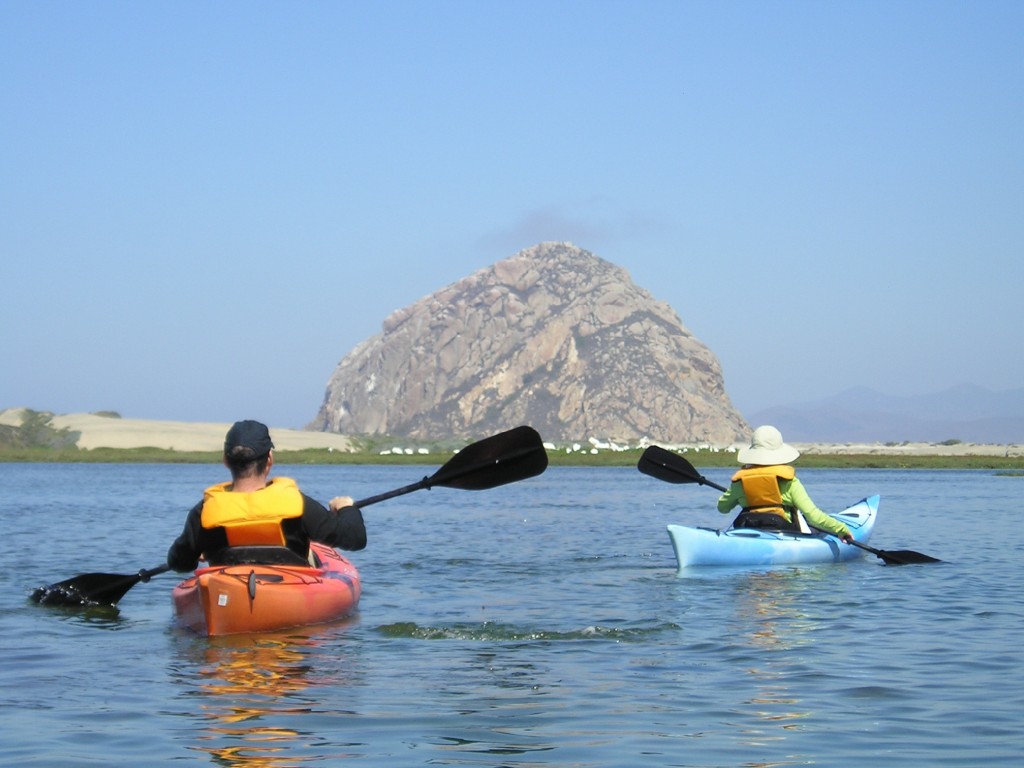 A parent and child explore the estuary by kayak. The Estuary Program protects and restores the bay for people and wildlife. We hope to continue this work for generations to come.

Now that the story has come back home, you can watch on the Morro Bay National Estuary Program’s website and see what you think.

Thank you for helping us protect and restore Morro Bay for people and wildlife!