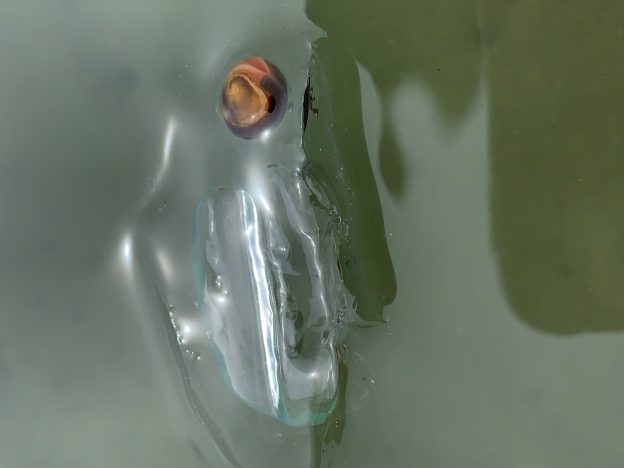 In last week’s post, we shared photographs of four species native to San Luis Obispo County and asked you to identify them. Today’s post reveals all four mystery species and shares information about each one. 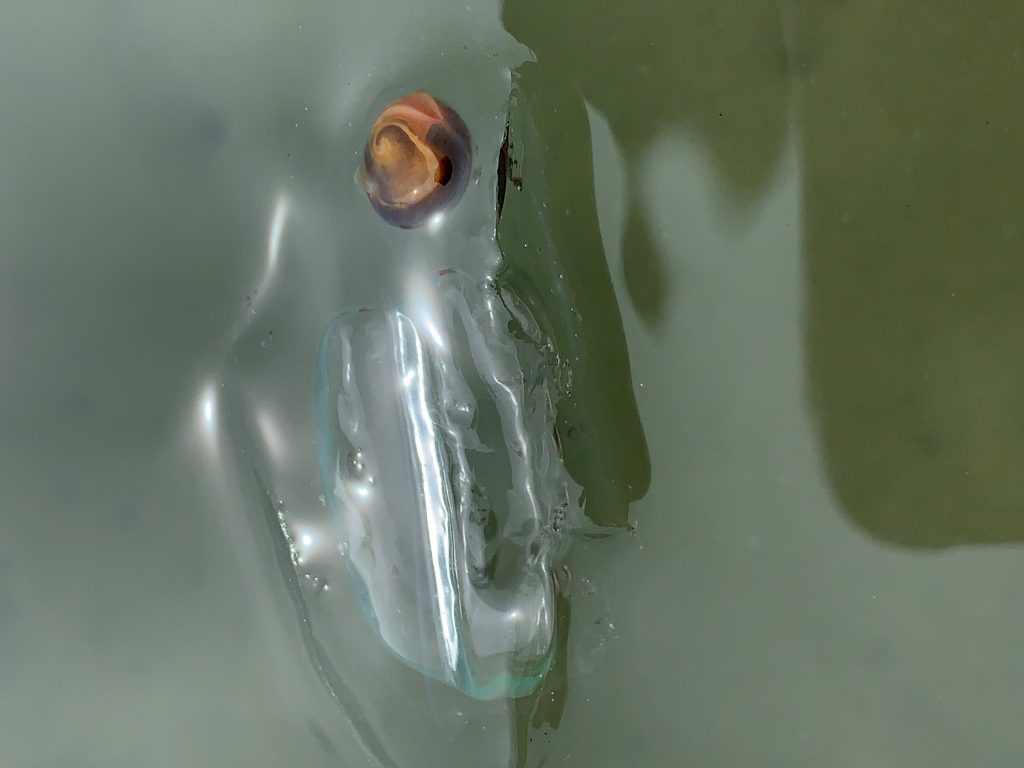 These ethereal-looking creatures are sometimes mistaken for jellyfish, but they are much more complex. In fact, they are more closely related to humans than they are to jellies.

This is because, as larvae, salps have a simple backbone called a notochord, which is composed of a tissue similar to cartilage. Though the notochord all but disappears when salps reach adulthood, this rudimentary backbone puts them in the Chordata phylum, a taxonomic category that includes all mammals, reptiles, and birds. Jellyfish are in the Cnidaria phylum, which includes coral and anemones.

This video shows a group of common salps swarming as they feed on plankton.

Salps go through several life stages. They start out solitary and then link together into long chains, like this. 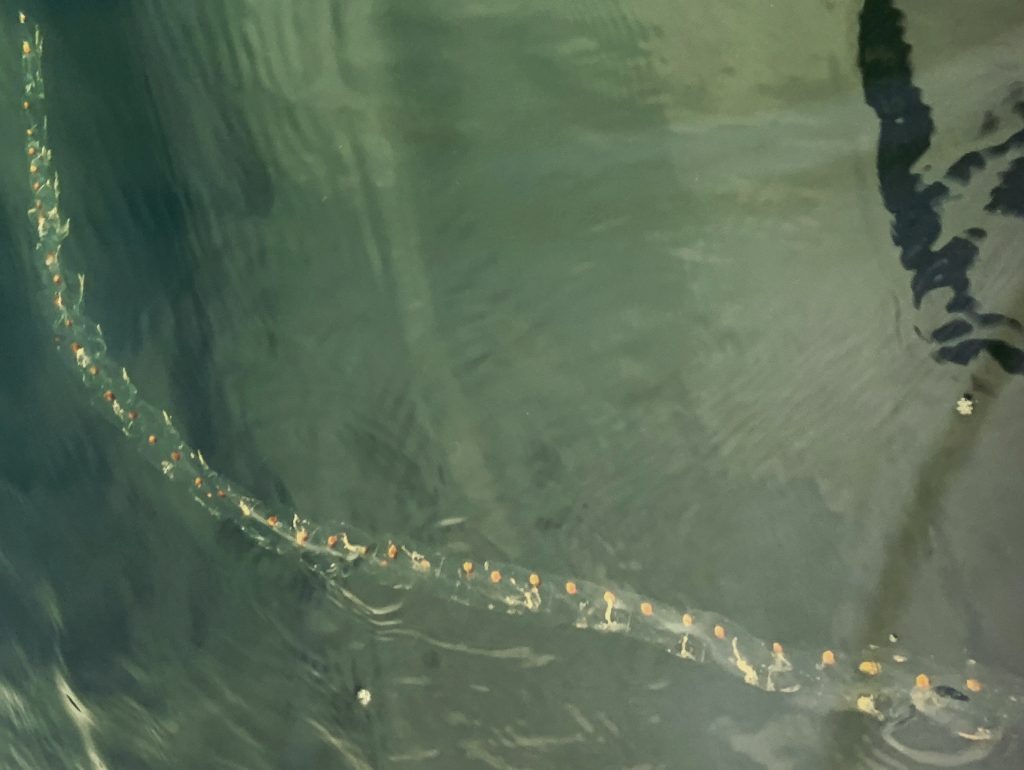 A long chain of salps spotted in Morro Bay. Photograph courtesy of ESTERO. 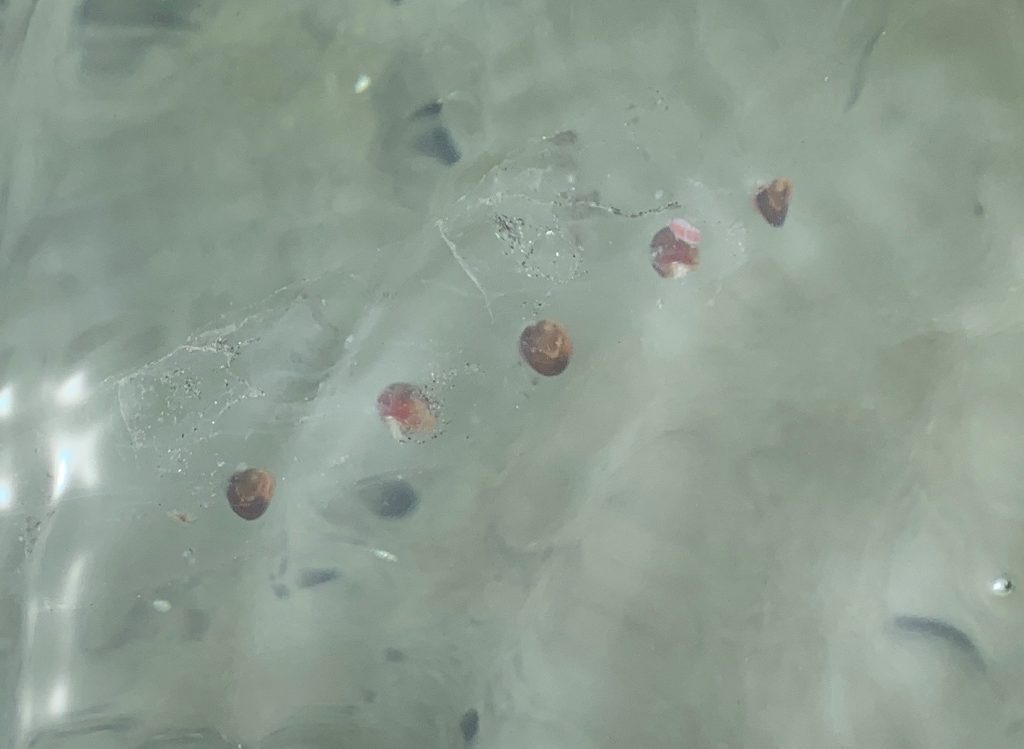 A closeup view of a short chain of salps spotted in Morro Bay. Photograph courtesy of ESTERO. 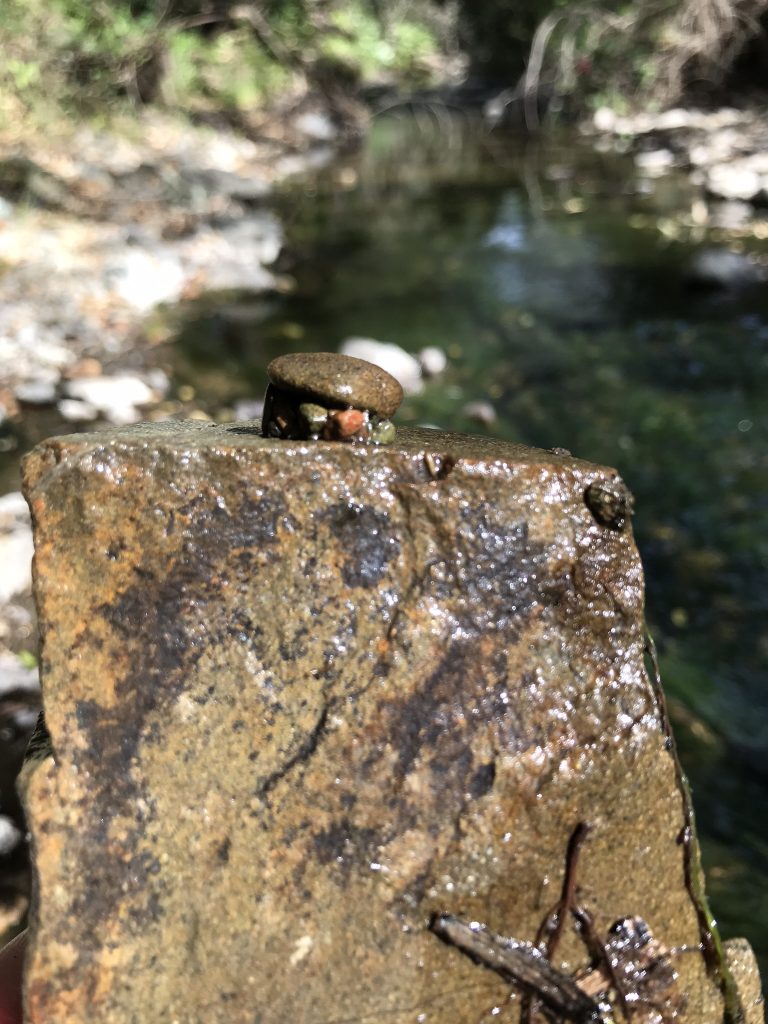 Caddisfly larvae are sensitive to pollution and require clean, cool water in order to survive. When we find specimens like this one in the creeks that lead to the Morro Bay estuary, it’s a good sign for the quality of the water.

Caddisflies spend one to two years in the creek as larvae. Their bodies are soft, so they build protective cases out of pebbles, sand, and other materials to protect themselves. This video from the Public Broadcasting Network shows this exacting process. 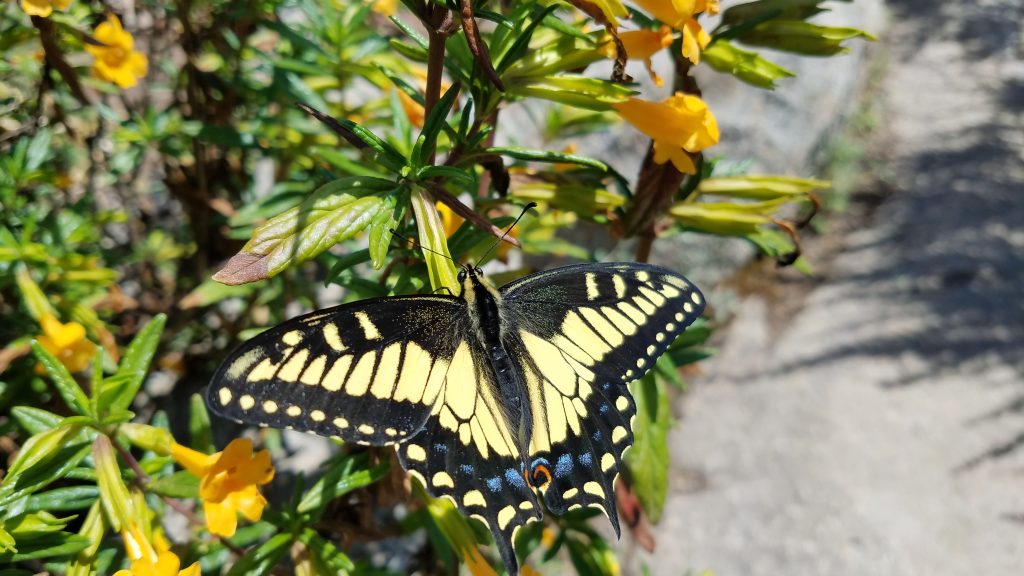 The pale swallowtail butterfly is relatively common throughout the West Coast. They can be found in open woodlands, especially near water. After mating, females lay their eggs one by one on local native plants including buckbrush (Ceanothus cuneatus), which grows in the mixed chaparral plant community.

You are most likely to see adult pale swallowtails between April and July. 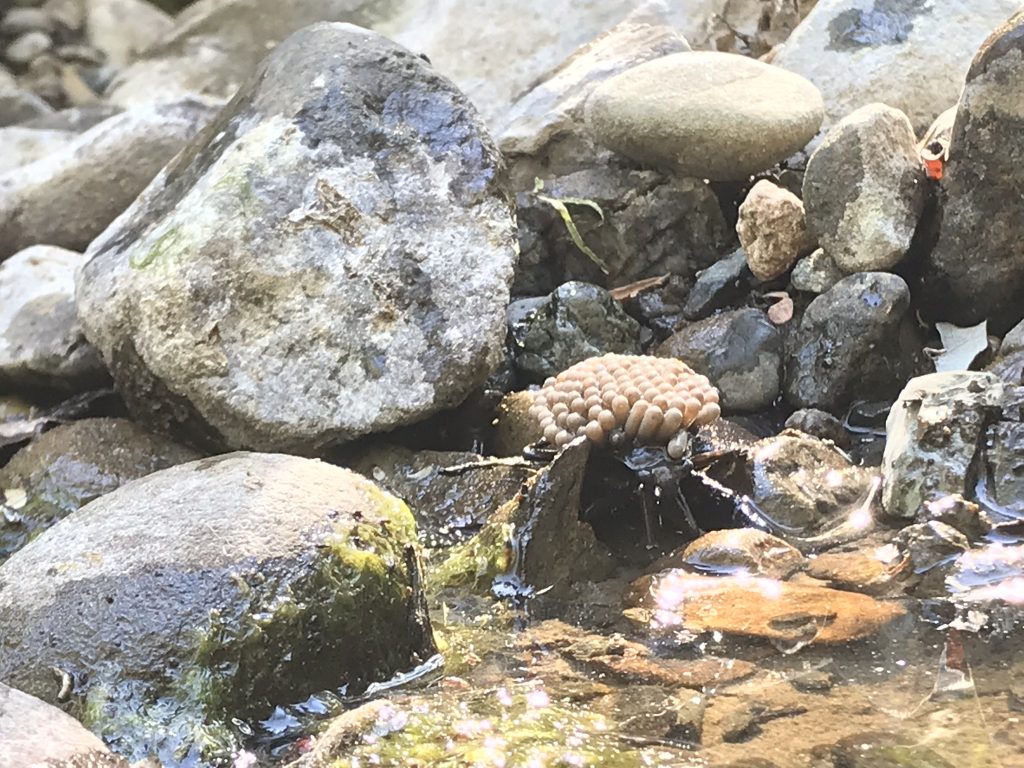 In the picture above, find the rock with the green algae, then look to the right and slightly behind it. The cluster of cream-colored tic-tac shaped forms that you see is a group of eggs affixed to the back of a male toe-biter. Brooding the eggs on the male’s back helps them stay hydrated and makes it more difficult for predators to eat them. This video shows how toe-biter eggs hatching.

Toe-biters are ambush-style hunters. They stay very still, then they strike and stab their prey with their rostrum (or proboscis). The rostrum injects saliva into the prey, immobilizing and dissolving it. The toe-biter sucks up the resulting liquid. This video shows the toe-biter’s hunting process.

And yes, in case you are wondering, they have been reported to bite toes. While the bite hurts, it is not dangerous to humans.

Though toe-biters are ferocious predators, they also become prey for fish, frogs, and other aquatic species. Like the other aquatic bugs in our creeks, they are an important part of the food web. Find more information about toe-biters in The Artful Amoeba, a blog run by Scientific American.