The truth about sunscreen: its effects on us and the environment

The truth about sunscreen: its effects on us and the environment 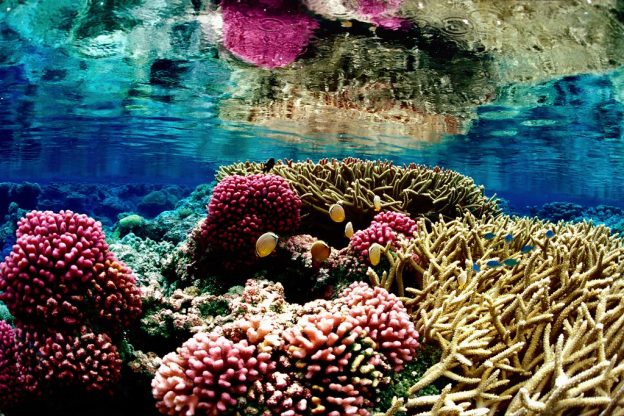 Summer is coming in hot! Iced tea, pool days, and movie nights are fast approaching. With all the excitement that comes with summer, you might not be thinking about the invention that allows our skin to survive the brutal rays of the sun—sunscreen. 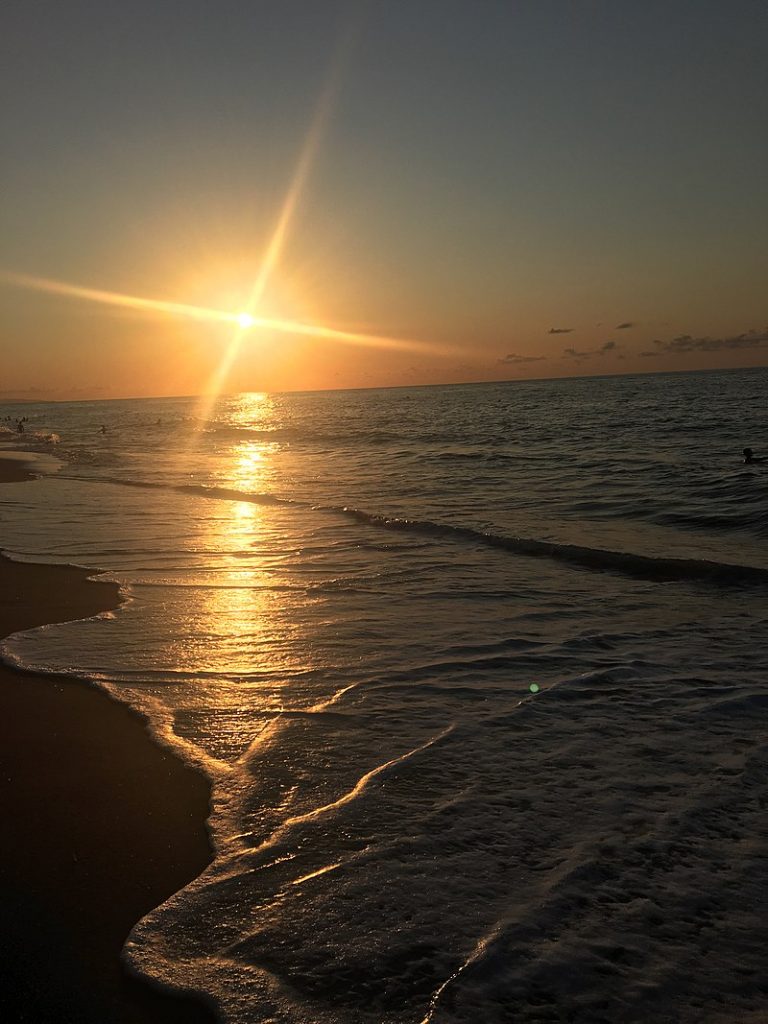 Whether you are a fan of old-school white goop or spray-on, most sunscreens are made out of the same basic ingredients. The main difference lies in how the active ingredients work to keep you from burning. There are two types of sunscreen, chemical sunscreen and mineral sunscreen, which is also known as physical sunscreen. 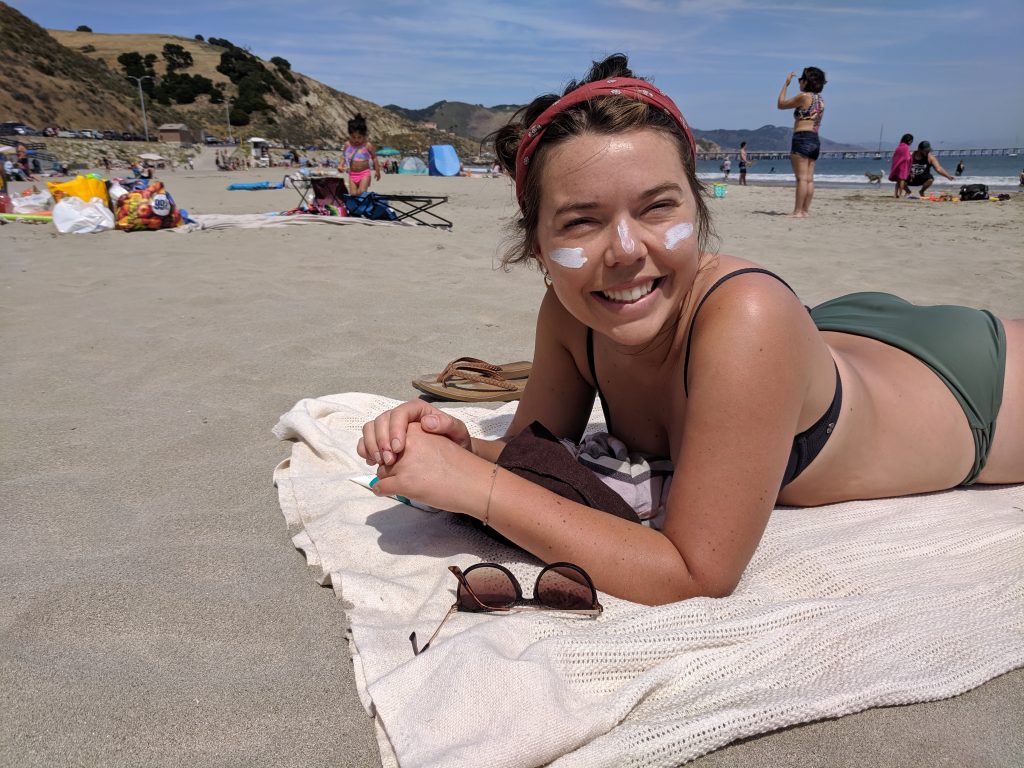 The long history of sunscreen

What we now picture as sunscreen was invented in the 1970s. However, humans have a long history of trying to invent ointments to protect our skin from the sun’s rays. The earliest record of ointments being used for sun protection comes from the Egyptians, who used a combination of jasmine, lupine, and rice bran to protect their skin. Most of these ingredients are still being used for skin care to this day.

All around the world, ancient civilizations had their own versions of sunscreen. The Greeks used olive oil, some Native American tribes used Tsuga canadensis (also known as eastern hemlock), and in the Philippines they used a paste called orak or burak, which was made from water weeds, rice, and spices. 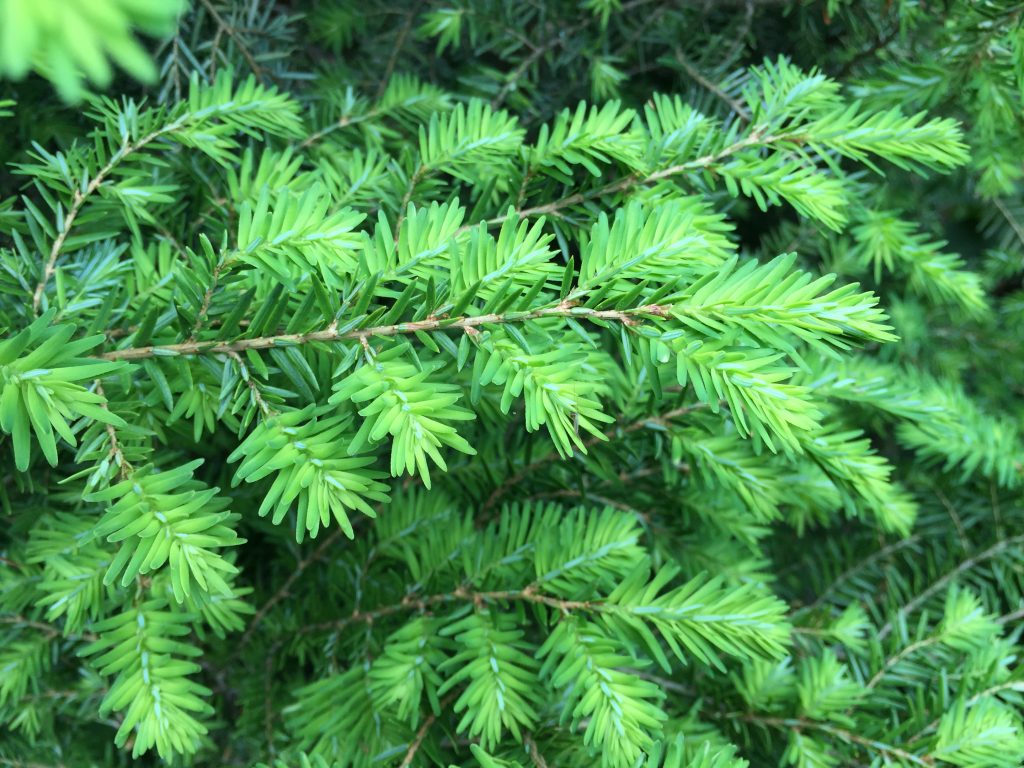 Eastern Hemlock was used by Native Americans as a sunscreen  Photo credit: Famartin

The development of modern sunscreen began in 1938, when a Swiss chemistry student named Franz Greiter suffered a sunburn while hiking. After that, he set out to invent an effective sunscreen. His first attempt, however, had only a Sun Protection Factor (SPF) of two.

In 1944, Benjamin Green, an airman and pharmacist from the United States, invented a substance called “red vet pet” also known as red veterinary petrolatum. He used this very greasy substance to protect himself and other soldiers from the sun during World War II. Soon after the war, he added cocoa butter and coconut oil to his recipe. He then began advertising it as a suntan lotion, now known as Coppertone, instead of a sun protection lotion.

Nothing really changed in the sunscreen industry until the 1970s, when better sunscreens were produced and the FDA began monitoring them for SPF levels. However, a lot of the ingredients introduced in the ‘70s are now known to cause damage to the skin and the environment. One of those ingredients is oxybenzone, which remains a key ingredient in most chemical sunscreens.

Oxybenzone acts as a genotoxicant to coral reefs, meaning that it damages the corals’ DNA. This damage ultimately kills the corals’ offspring, also known as planulae. The chemical does this by disrupting the skeletal endocrine of each planula, which essentially makes the planula encase itself in its own bone structure and die. 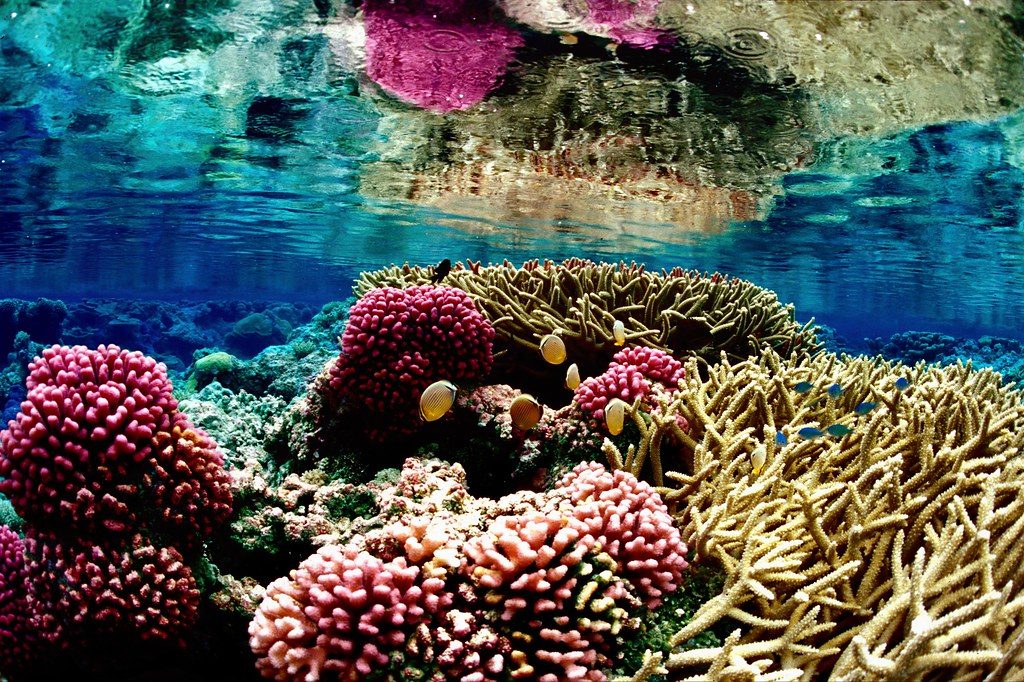 This also affects the adult corals. The colors of the coral reefs come from a symbiotic relationship with algae, also known as zooxanthellae, which dwell inside the corals. The algae give the corals their luscious bright colors, provide oxygen, and act as a waste remover. Oxybenzone makes the water around the corals toxic, adding stress to their symbiotic partners. This stress awakens dormant viral infections in the algae, which leads to the coral to expel the algae. Without the algae, the corals turn white. This process is also known as bleaching. 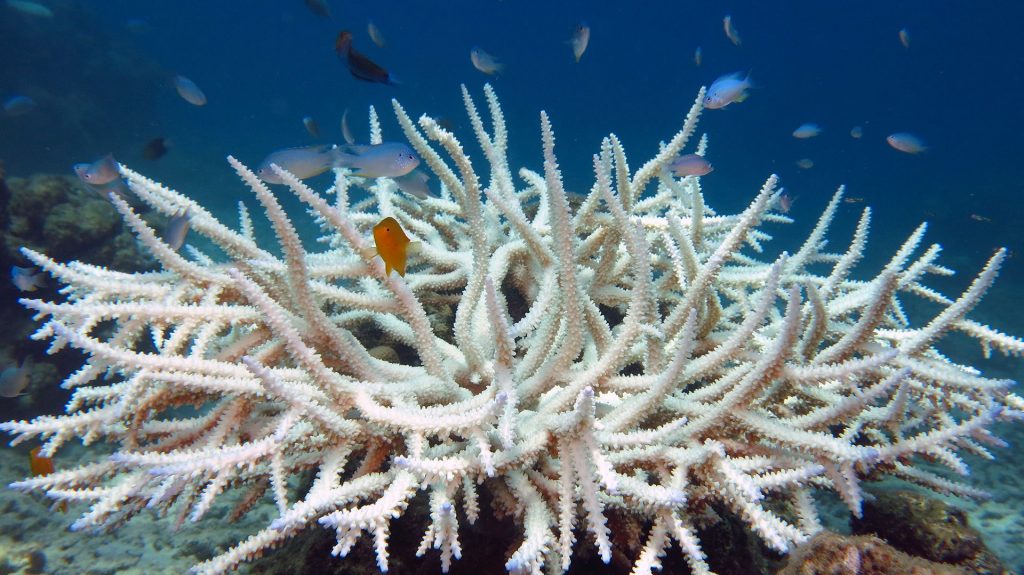 Bleaching not only makes the corals less attractive, but it also makes them more susceptible to diseases, which ultimately leads to their death. To make matters worse, oxybenzone is a photo-toxicant, which means that exposing the chemical to light intensifies its adverse.

Because of its toxicity to coral reefs, Hawaii will be banning oxybenzone based sunscreen by 2021 in hopes of reducing coral- reef bleaching.

Oxybenzone isn’t just toxic to the environment, it can also harm humans. Research shows that when pregnant women are exposed to oxybenzone, it can lead to a birth defect called Hirshsprung’s disease (HSCR).This disease affects the development of nerve cells in the large intestine, which can make it difficult to pass stool. The condition often requires surgery to remove the affected area of the intestine.

Another problem with oxybenzone is that it reacts to chlorine, which is commonly used for pool sanitation and at water treatment plants to remove toxins from the water. Chlorine and oxybenzone react to form traces of chloroform, which has a higher genotoxicity than oxybenzone alone.

Oxybenzone has been found in urine and breast milk of people who use chemical sunscreen. Today, we do not fully understand the effects of oxybenzone on people. There isn’t much research on how much of the chemical we are ingesting, or how much of it ends up in our environment when we take a bath or shower after a day spent in the sun. 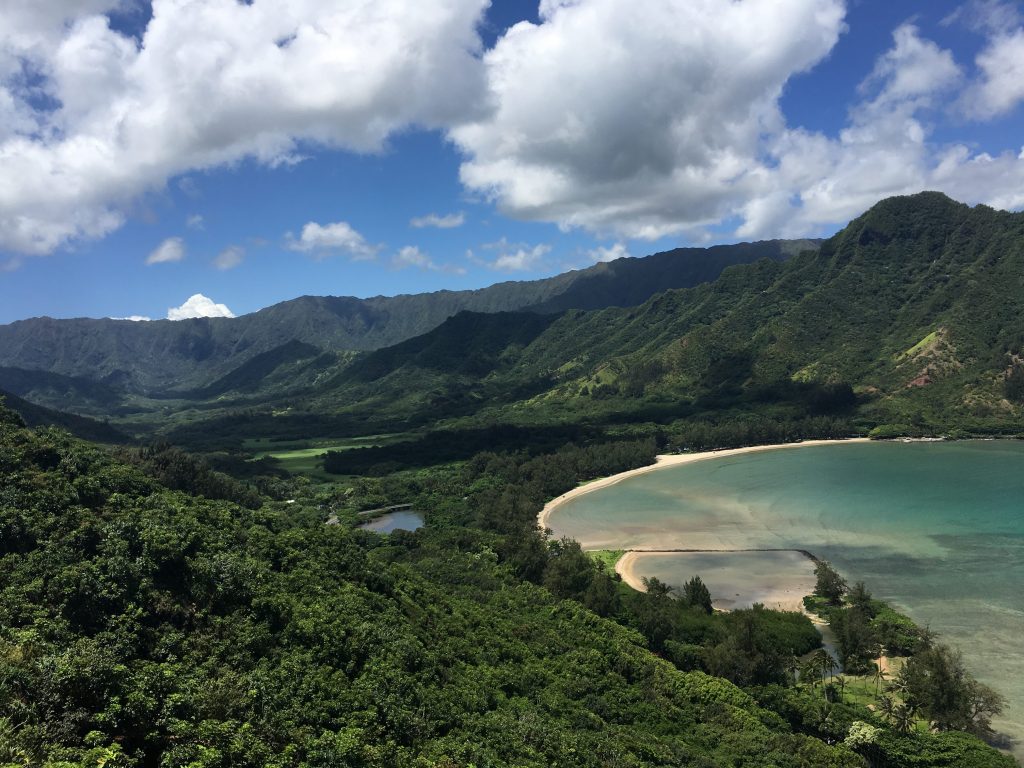 Still, its negative effects are starting to capture the world’s attention. Hawaii, Palau, and other locations across the world are banning oxybenzone as they recognize how this chemical affects their natural surroundings, especially their coral reefs. 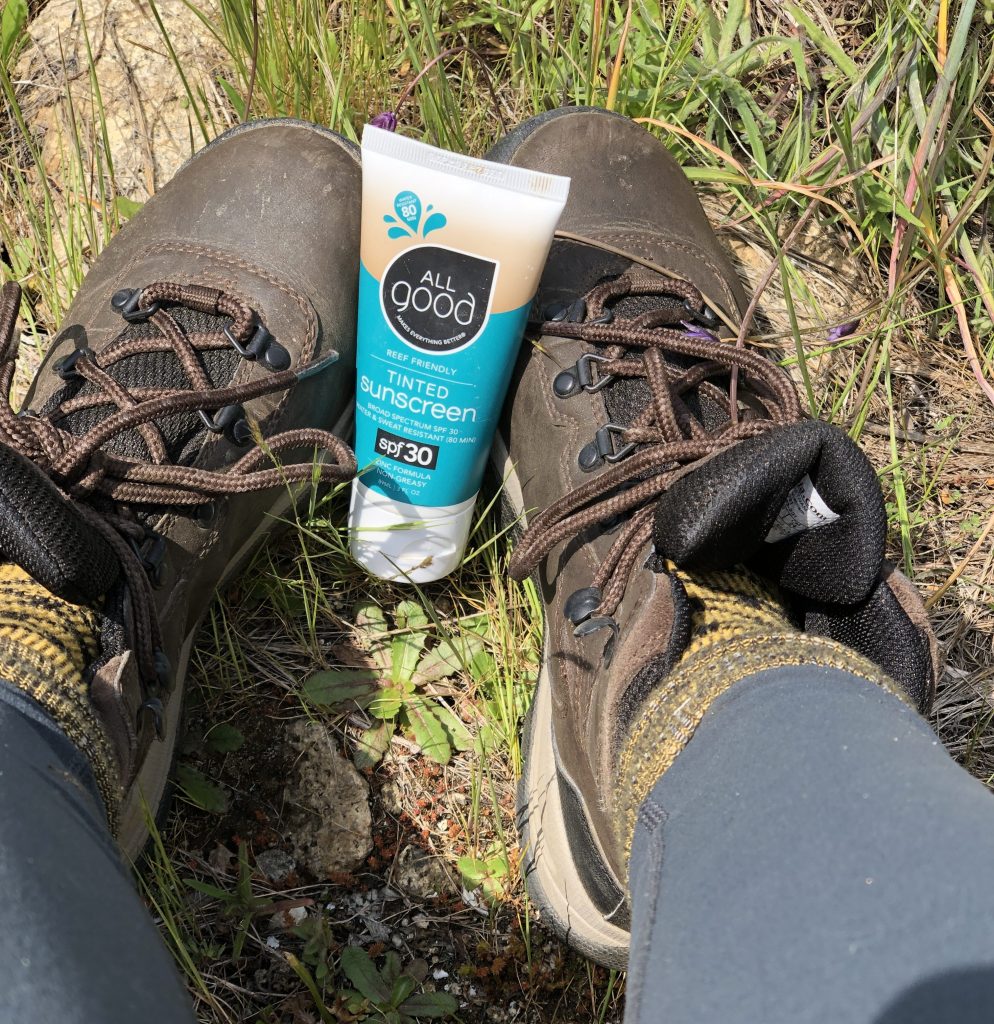 McMahon, Shannon, Shannon McMahon, and Shannon. “What Your Sunscreen Is Doing to the Environment.” SmarterTravel. April 22, 2019. Accessed February 23, 2019. https://www.smartertravel.com/what-sunscreen-does-to-the-environment/.