The rain has passed and now we are in an ever-blooming spring. When thinking of spring, most folks think of flowers. And boy, oh boy, do we have loads of wildflowers in SLO County! Even though we  can’t go out and enjoy them as much as we did last spring, we can at least admire some photos from our archives.  Some of the flowers popping up this time of year are native,  while others are nonnative, or even invasive. Get ready folks, put on your flower focus face you are about to feel wildly educated!

First, let’s start with the basics, what is a native plant versus a nonnative or invasive one?

A native plant is one that originates from the area where it is currently growing. For example, if we take our native California poppy and plant it in Florida, it would be considered a nonnative plant there because it doesn’t naturally grow there.

Would the California poppy also be considered an invasive plant in Florida? That depends on what happens after it has been planted if it flourishes without human intervention, out competes native plants, and takes over areas where native plants would otherwise have been, it can be considered invasive. If it stays put where it was planted rather than spreading and if it requires human care to survive, it will likely be labeled as merely nonnative. 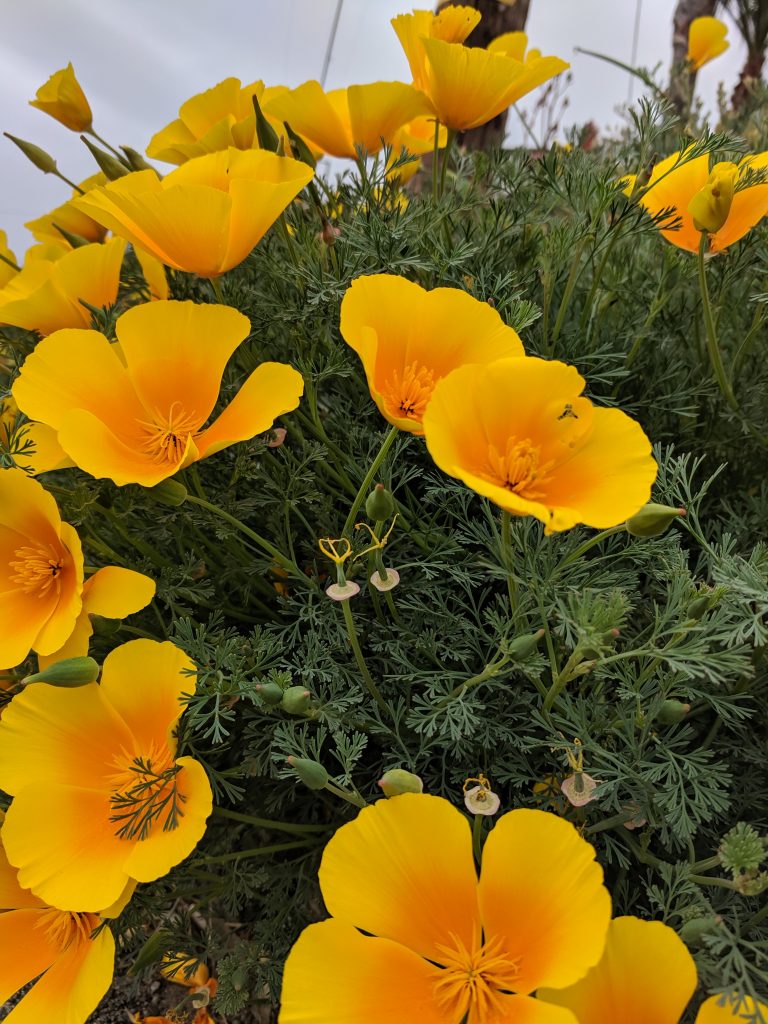 Our lovely native foothill poppy is always a show stopper in spring!

The definition of an invasive plant, according to U.S. Forest Service, is a plant that is “nonnative (or alien) to the ecosystem under consideration; and, whose introduction causes or is likely to cause economic or environmental harm or harm to human health.”

True to their name, invasive plants really do take a toll on the environment; they cause monospecific zones, meaning areas where only one species of plant is found. This negatively impacts the biodiversity in these areas. Many native animals depend on native vegetation as a source of food and shelter. If those native plants are out competed by nonnatives, that can have devastating effects on the native animals that depend on them, creating a ripple effect in the food chain. Many invasive plants are known for needing a lot of water, too, which can devastate creeks and the creatures that depend on them.

How did these invasive plants get here?

Many invasive plants found around SLO County were introduced by settlers coming from other countries hoping to bring a little of their home with them. Some probably grew accidentally, as it is easy for seeds to attach to the fur of different animals  or settle on objects that are transported across state or country boundaries.

More recently, some invasive plants have been spread by people who unknowingly buy plants from large chain stores that sell the same plants across the country, even in areas where these plants do not naturally grow. People put these plants in their yard. From there, the plant might jump to other yards and eventually end up in the wild, wreaking havoc on the area.

The only way to know if a plant is a native, nonnative, or invasive in your area is to do some research on the plants you find in your yard or on hikes. An easy way of doing this is to use the iNaturalist app, which can help you identify a plant by name. Then you can do research from there! Or, if you are on a wildflower hunt in SLO County, we suggest getting a copy of Wildflowers of San Luis Obispo, California by David J. Keil. This handy book identifies flowers you are likely to find in SLO County, both native and invasive.

To help you along in this process, here are some native and invasive flowers found in SLO County.

This flower is a coast morning glory, also known as Calystegia macrostegia, it is a perennial that typically flowers from March to June. It is commonly found in grasslands, bushy sites, and open woods.

This gorgeous flower is a stream orchid, also known as Epipactis gigantea, it is a perennial that flowers typically from April to July. It can usually can be found in springs and on creek banks. Who would have guessed that we have a native orchid!? 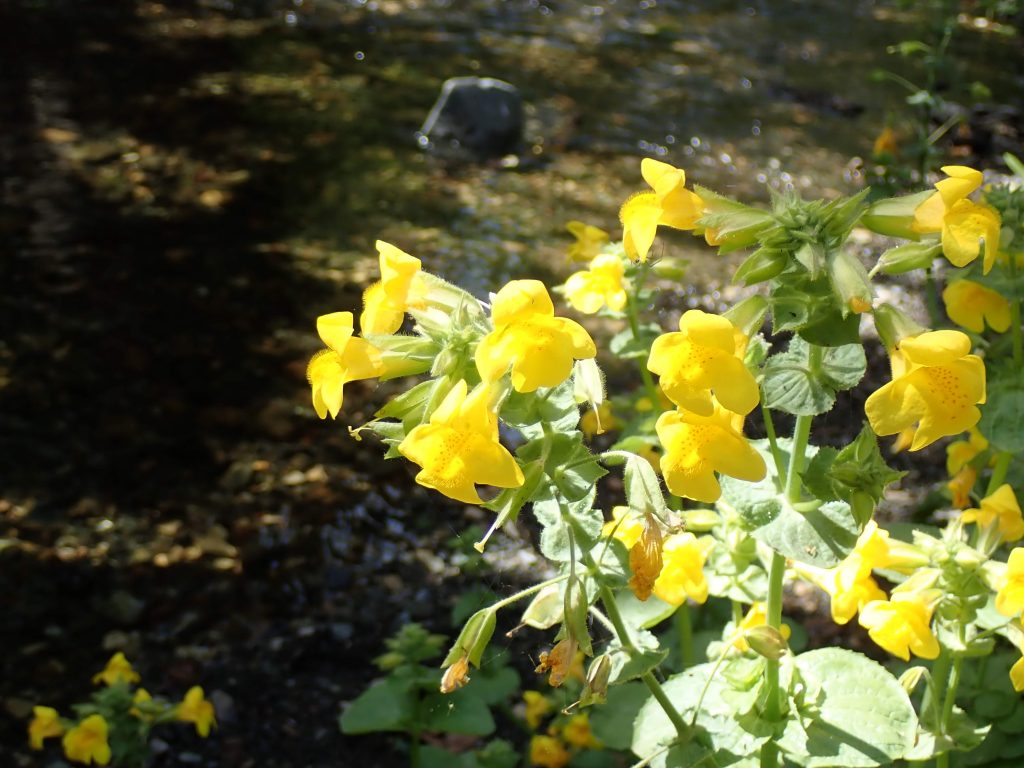 This lovely flower is a yellow monkey flower, also known as Erythranthe guttata. It is an annual plant, meaning that it grows and flowers for only one season, and then dies. It can be found on creek banks—it loves water! 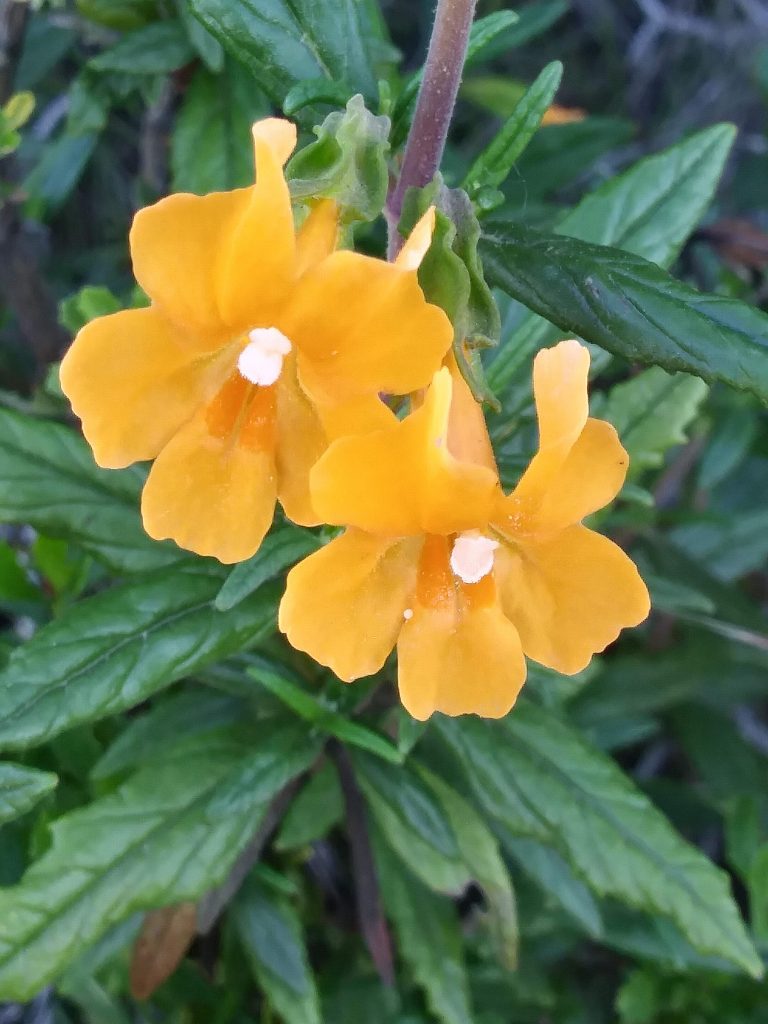 This is a sticky monkey flower, also known as Diplacus aurantiacus. It is a perennial flower that is commonly found in coastal scrub, chaparral fringes, and oak woodlands. It typically flowers between March and June. 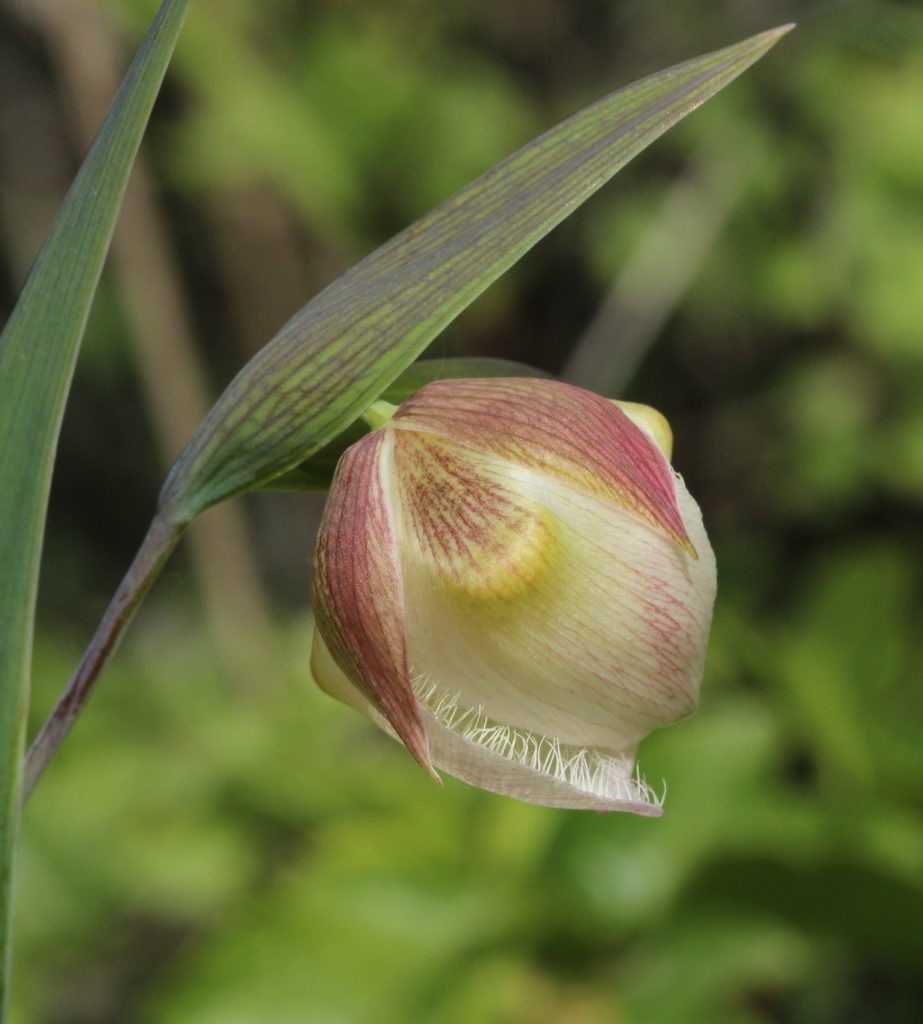 Photo courtesy of Philip Bouchard through Flickr via Creative Commons

This lamp–like flower is true to its common name, white fairy lantern, and is also known as Calochortus albus. It is a perennial and usually flowers from April to June. It can be found in oak woodlands and brushy banks that allow for partial shade. 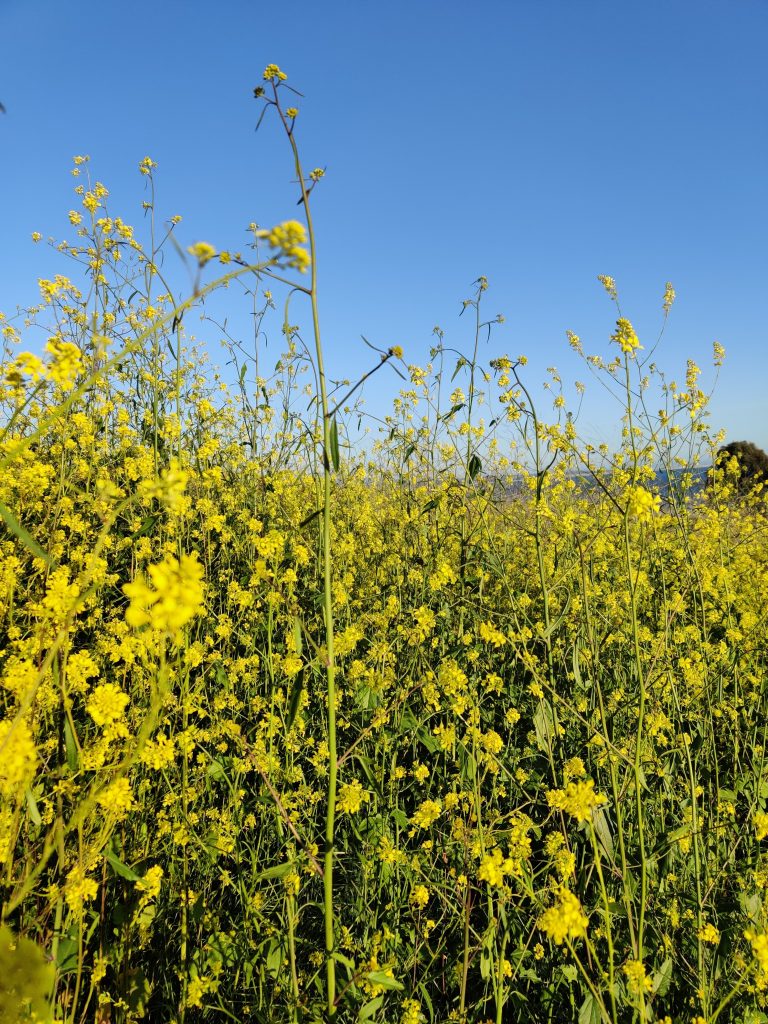 This very successful invasive plant is called black mustard, also known as Brassica nigra. It is usually found in disturbed sites—areas where digging has occurred, for example—and grassy fields. It is native to Europe and was brought over to be used as a spice for food.

This invasive plant is called iceplant, also known as Carpobrotus edulis, another very successful conqueror. It is native in South Africa and is known for dominating areas along the beach where typically native pickleweed would grow. This plant is causing huge issues in  coastal areas with a Mediterranean climate, like we have in SLO County. It makes vast monospecific zones, which lowers biodiversity and takes away nutrients that would otherwise would have been available for native species.

This commonly spotted plant is called castor bean, also known as Ricinus communis. This plant is native to the southeastern Mediterranean basin, eastern Africa, and India. This is used for medicinal and beauty purposes.

If you are practicing social distancing and can’t walk on a local trail to test your flower identification skills, we suggest going to your yard, if available, and finding out what flowers are there. You never know what surprises you might have waiting for you.