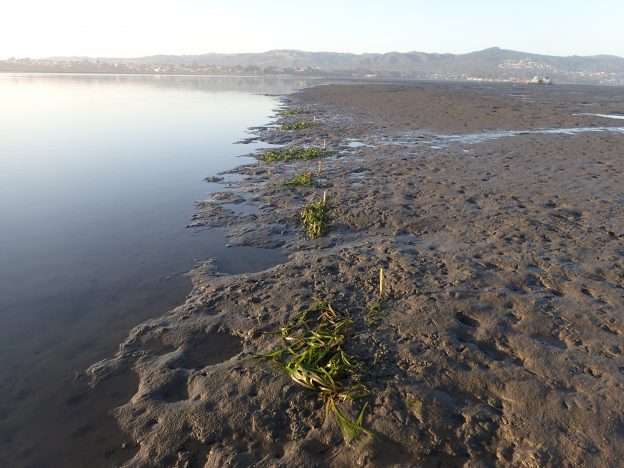 Fulfilling our mission to protect and restore the Morro Bay estuary for people and animals requires a lot of field work. At the Estuary Program, that often means spending time doing research and monitoring on the water. Read on to see what we’ve been up to during June 2018.

In 2017, we collaborated with researchers at CalPoly on two small-scale, experimental eelgrass restoration projects. Based on what we learned from that effort, we conducted another round in February and March of 2018.

In 2018, we planted eelgrass in five locations—our original location in the forebay near channel marker 18, and the others at new locations extending through the mid and back bay. A highlight of our fieldwork in May and June was going to monitor these restoration plots, as well as the ones from 2017.

After a little over a year, plots planted in February, 2017 continue to do well.

The photo on the left was taken right after we planted the plot in March, 2017. There are about 110 shoots in a one meter by one meter plot. The photograph on the right shows that plot in June, 2018. You can see how much the plot has expanded since we planted!

Based on the success of the 2017 plots at this forebay location, we planted nine more plots here in 2018, at three different depths. These new plots are also doing well. We are seeing extensive growth and the densities are similar to what we see at Coleman Beach, where the eelgrass shoots were collected. 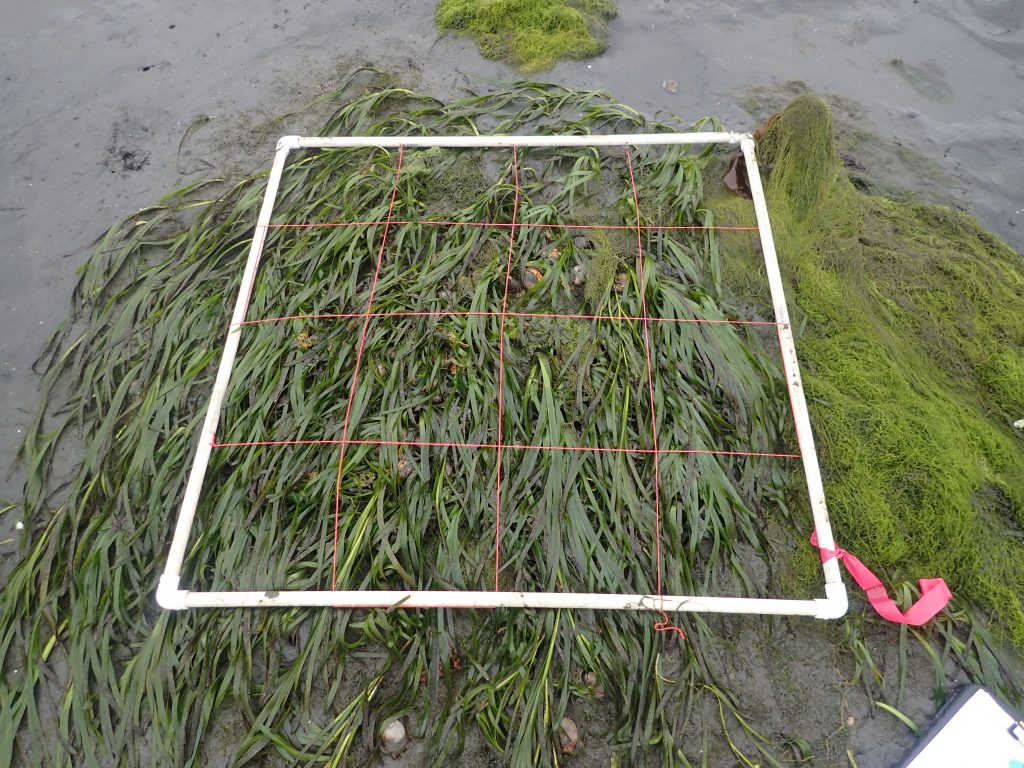 You can see that the eelgrass has expanded outside of the plot.

We are seeing steady increases in eelgrass growth at the two midbay locations. 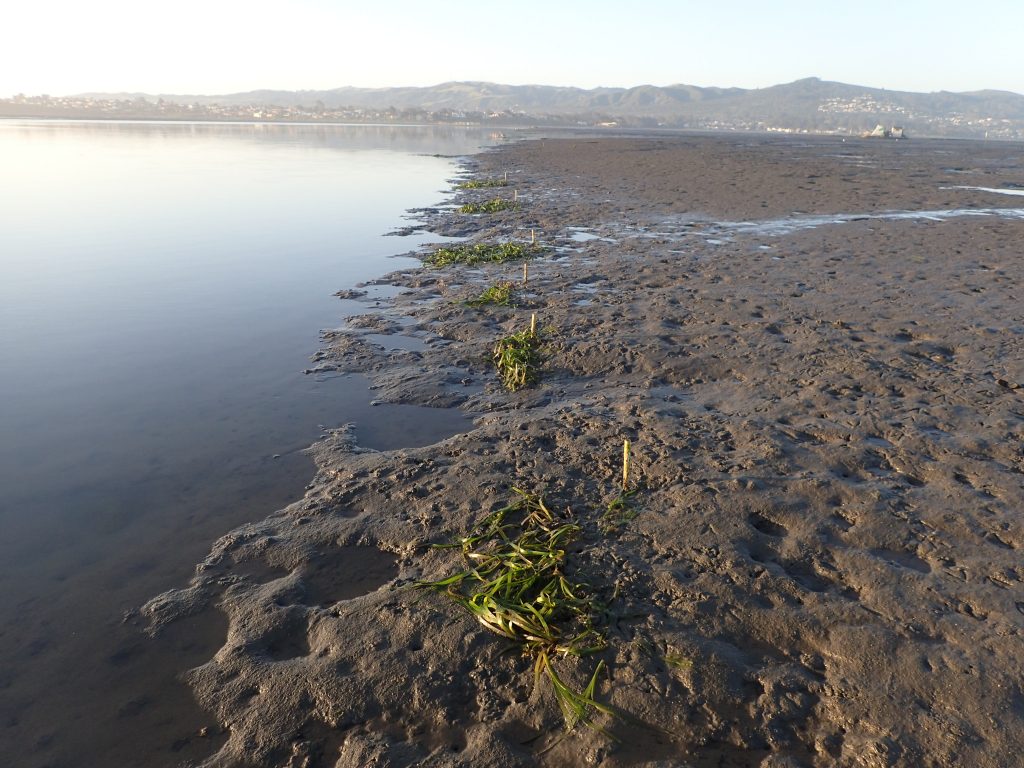 One new planting location is across from State Park Marina.

Along with new locations, we tried a different method of planting as well. For this, we tied eelgrass to bent pieces of rebar. This method is quick to do and if successful, this method would allow us to plant in muddier portions of the bay we can’t easily access.

Overall, the plots are doing well and we continue to gain more information to inform future restoration.

This fall, we’ll start a new blog series that focuses on the results of our combined restoration efforts as well as studies conducted by researchers at Cal Poly.