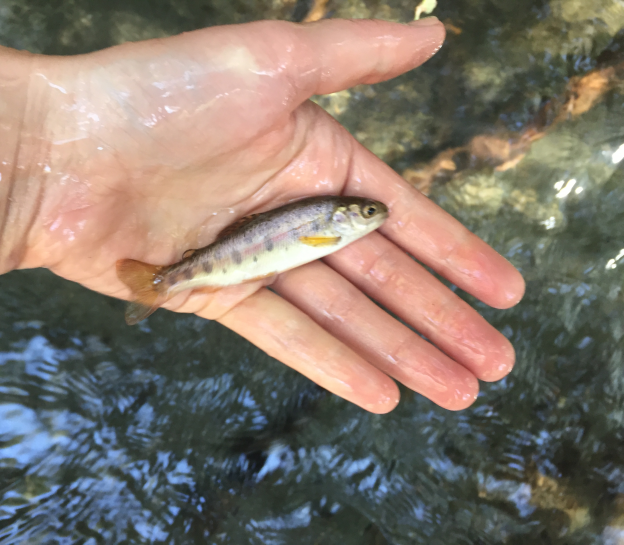 Fulfilling our mission to protect and restore the Morro Bay estuary for people and wildlife requires a lot of hard work in the field. At the Estuary Program, that often entails doing research, restoration, and monitoring work out on the estuary and along the creeks that feed into it. Read on to see what we’ve been up to during the past month.

Our field highlight for September was heading out with Stillwater Sciences and volunteers to complete fish surveys in Chorro Creek. We conducted fish sampling, a process of catching, identifying, measuring, and releasing fish, that allowed us to estimate the proportion of each species within the total population of fish in the creek. This calculation is called species composition.

We also removed non-native Sacramento Pikeminnow (Ptychocheilus grandis) from the creek. Pikeminnow put pressure on native steelhead trout (Oncorhynchus mykiss) as they eat juvenile steelhead and compete for food and habitat. An ongoing project is being implemented to remove non-native pikeminnow to support steelhead populations. 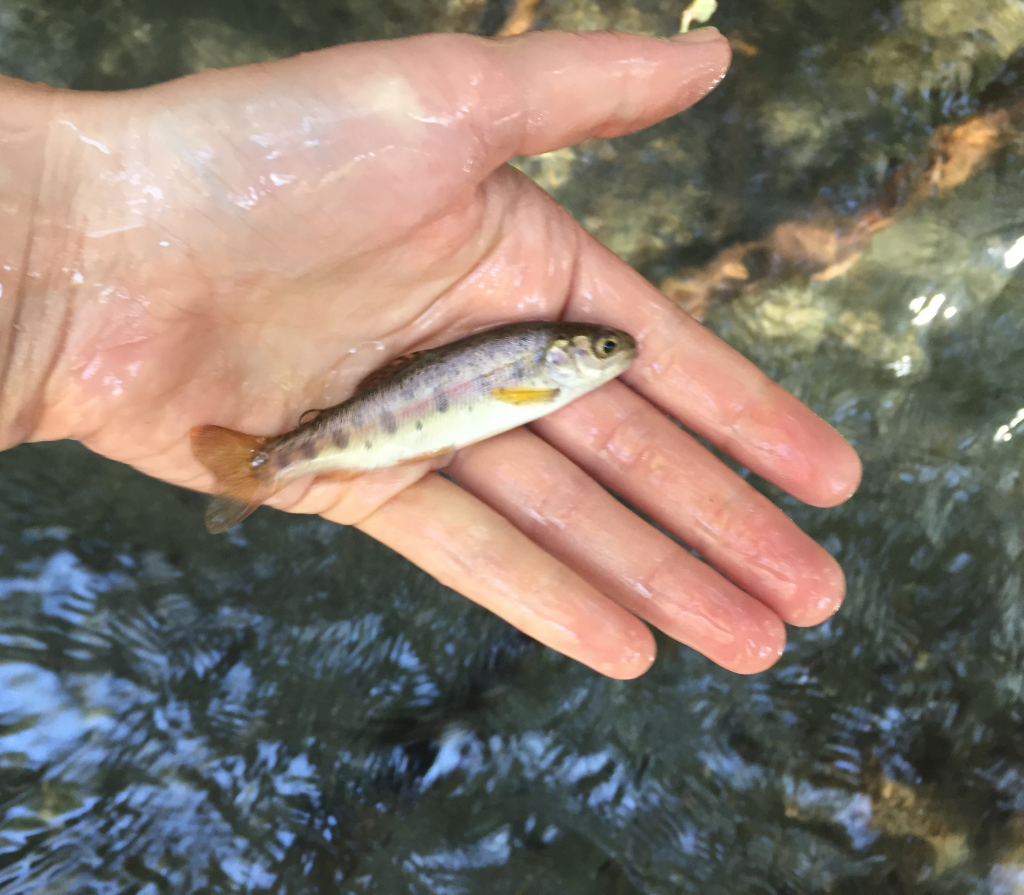 We observed this juvenile steelhead trout during a fish survey on Chorro Creek.

We used an electrofisher to capture fish. An electrofisher sends electricity through the water, which affects the movement of the fish, sending them towards our nets. This does not harm the fish.

We used nets to block off small portions of the creek, allowing us to capture all the fish in that area. We then counted, identified and measured all the fish. In addition to pikeminnow and steelhead, we also observed Sacramento sucker (Catostomus occidantalis), speckled dace (Rhinichthys osculus), and three-spine stickleback (Gasterosteus aculeatus). 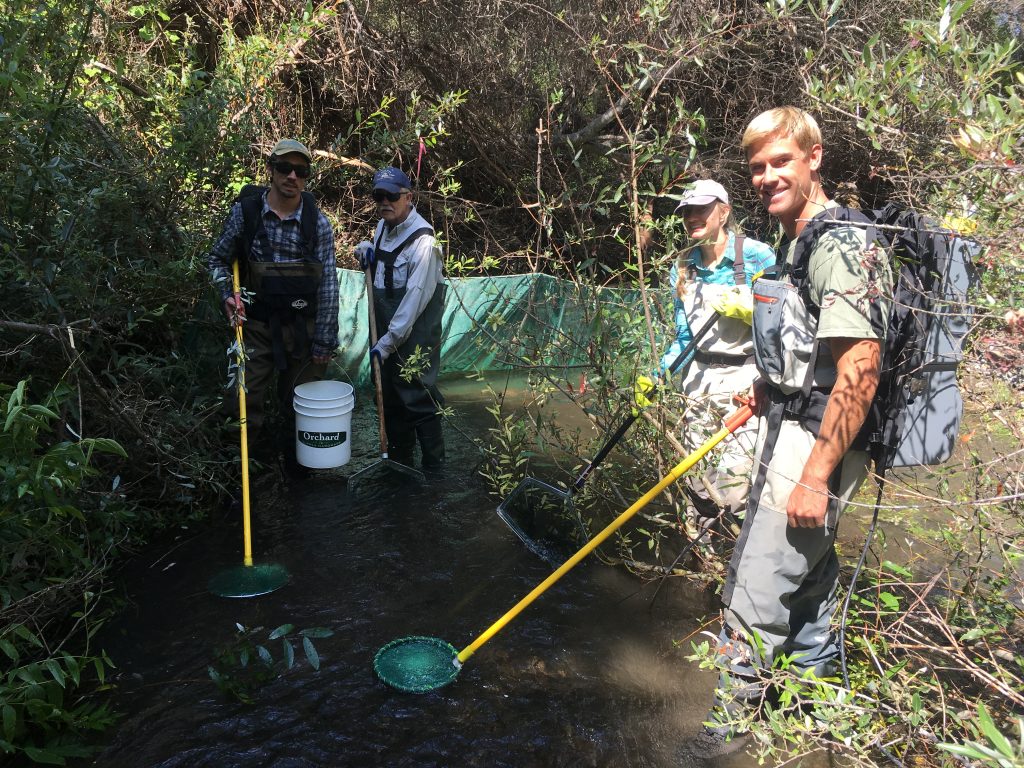 Electrofishing equipment is used capture and sample fish species in Chorro Creek. A big thank you to volunteers from the Santa Lucia Fly Fishers Club who assisted with the surveys.

Field staff removed a pressure transducer (a device that measures water level) installed on Pennington Creek at a fish ladder. This device was installed on the creek near an aging fish ladder that also had a water diversion on it. 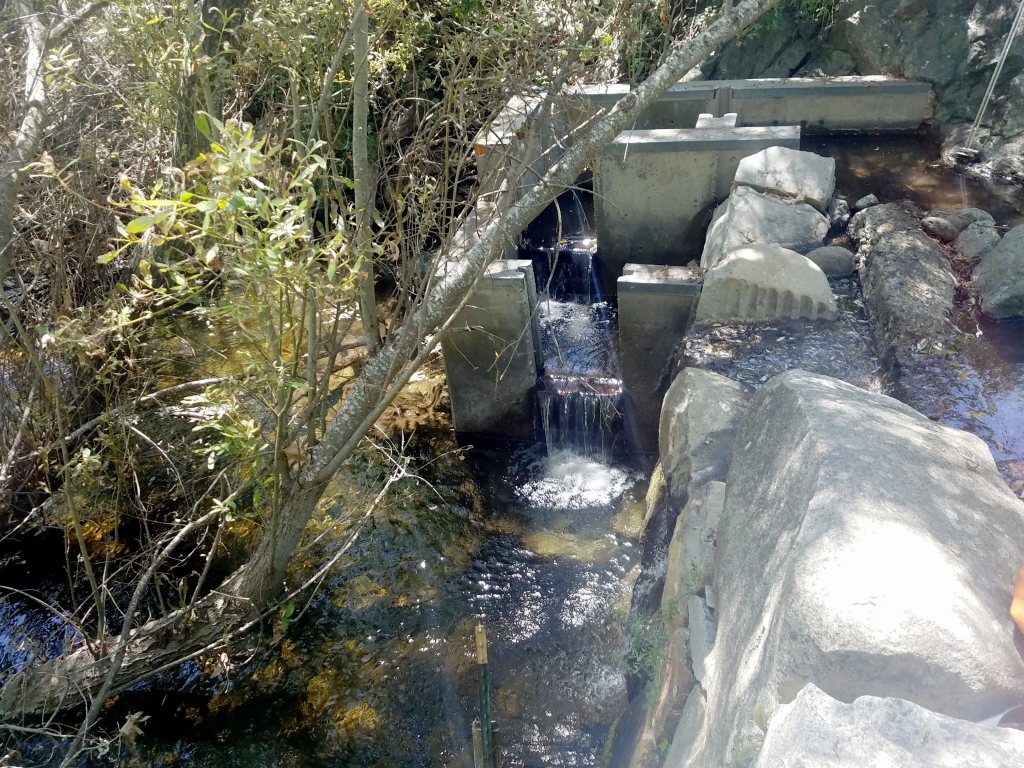 This structure is difficult for fish to go up and over, creating a barrier that limits their access to habitat upstream. This construction project will remove the barrier and replace it with a series of pools that fish can navigate more easily.

Sharing what we’ve learned with data entry and reports

The main focus for the monitoring staff over the summer has been entering data and writing reports. We recently completed a report that shares the results of our 2017 bioassessment survey, which is available on our website.  Stay tuned for more reports, including updated information on creek and bay health as well as eelgrass. 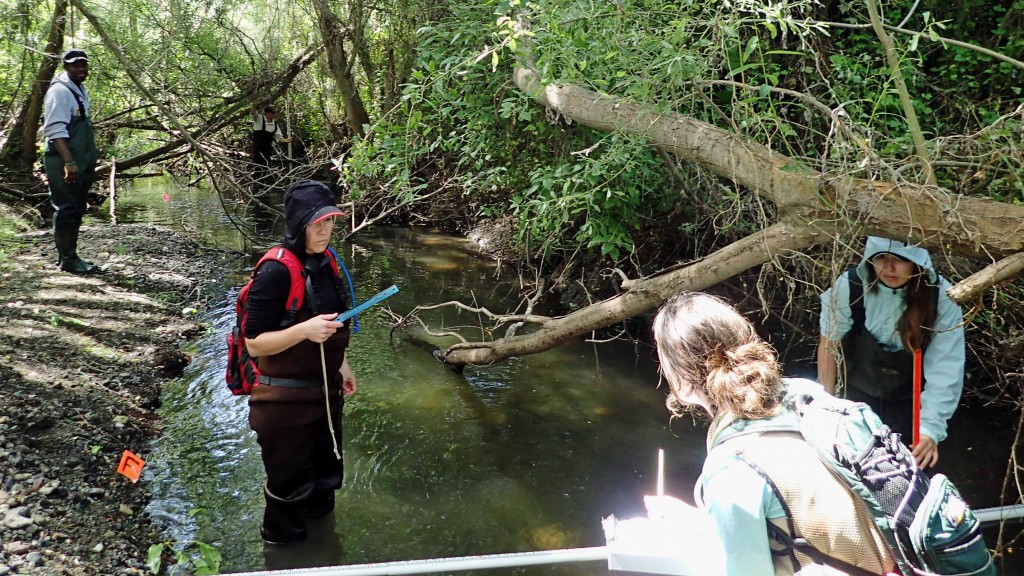 Bioassessment volunteers monitor lower Chorro Creek. Measurements such as water depth and tree cover indicate whether the creek can support macroinvertebrates (bugs that you can see with the naked eye) and sensitive aquatic life.

Subscribe to our weekly blog to have a an Estuary Program post delivered to your inbox every week.