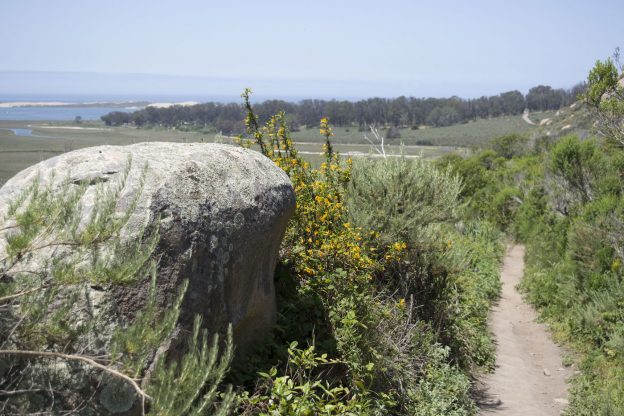 Where do chaparral plant communities grow?

Covering almost nine percent of the state, chaparral is one of the most widespread plant communities in California. Take a look at our introductory post to the Morro Bay Native Plant Series, an exploration of our watershed’s diverse native flora! 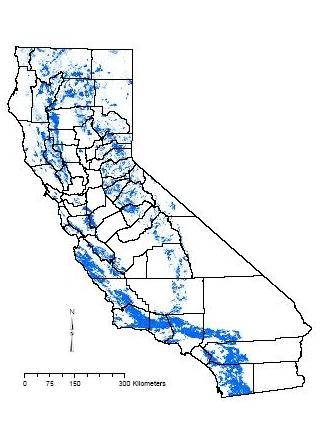 Where can I find chaparral plant communities in Morro Bay?

In the Morro Bay watershed, we see chaparral plant communities occurring in close association with the southern coastal scrub community and on higher, drier slopes. Since they are typically further inland from the immediate coast, chaparral plants experience greater temperature fluctuations (hotter summers and cooler winters) than coastal scrub plants, but the two communities often occur together in relatively similar soil types. The chaparral, or “hard chaparral” community consists of plants with woodier, denser, and often impenetrable branches compared to the southern coast scrub community, which is often referred to as “soft chaparral.”

Just inland from Black Hill, where we explored the southern coastal scrub plant community, sits Cerro Cabrillo. Here you will find mixed chaparral, in which multiple species of plants are equally dominant. Many of these species have sclerophyllous leaves. Sclerophyllous leaves are hard, small, and thick—all characteristics that reduce water loss and resist heat in a dry, warm environment.

Buckbrush is a broad-leafed sclerophyllous shrub. 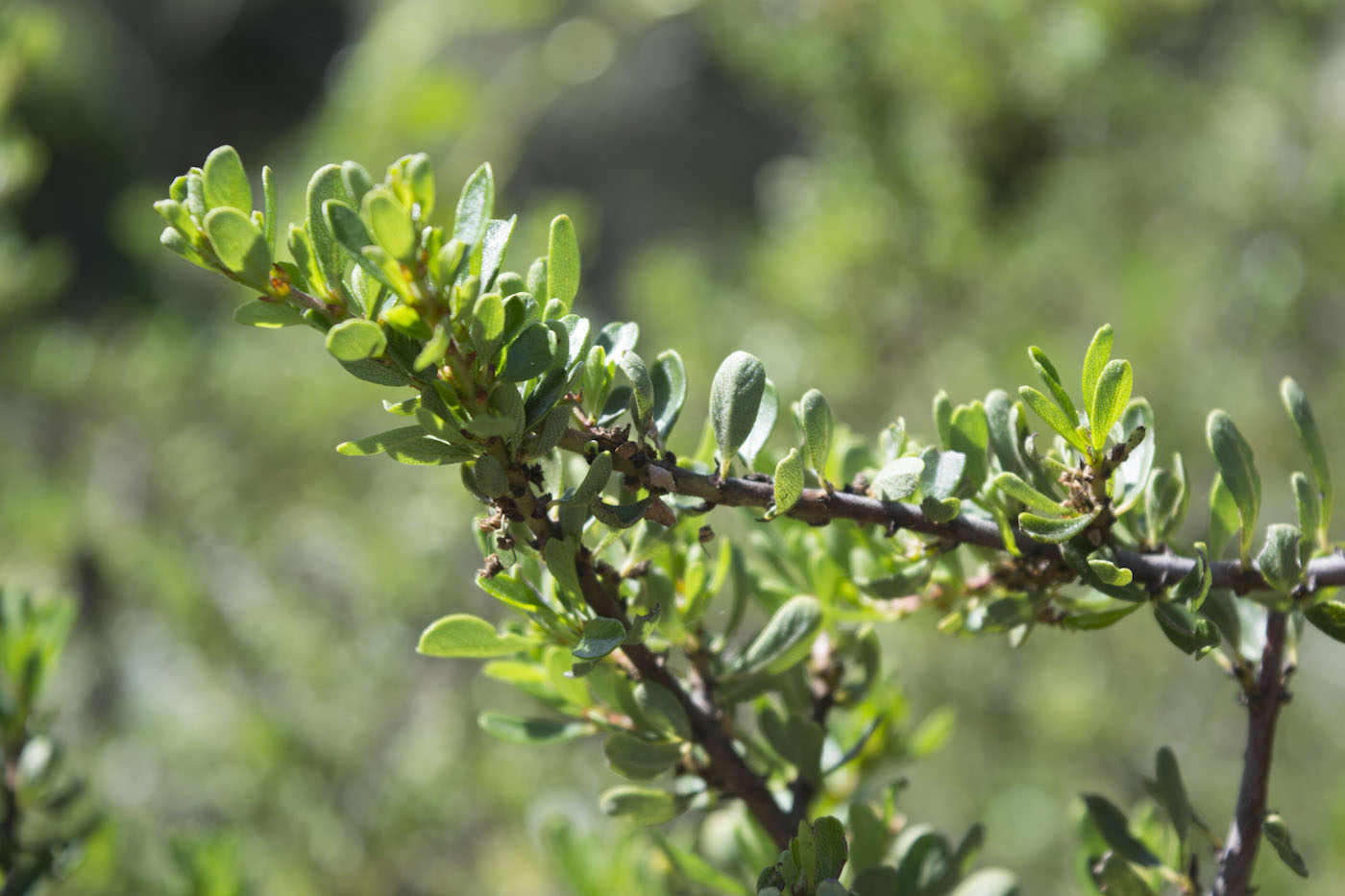 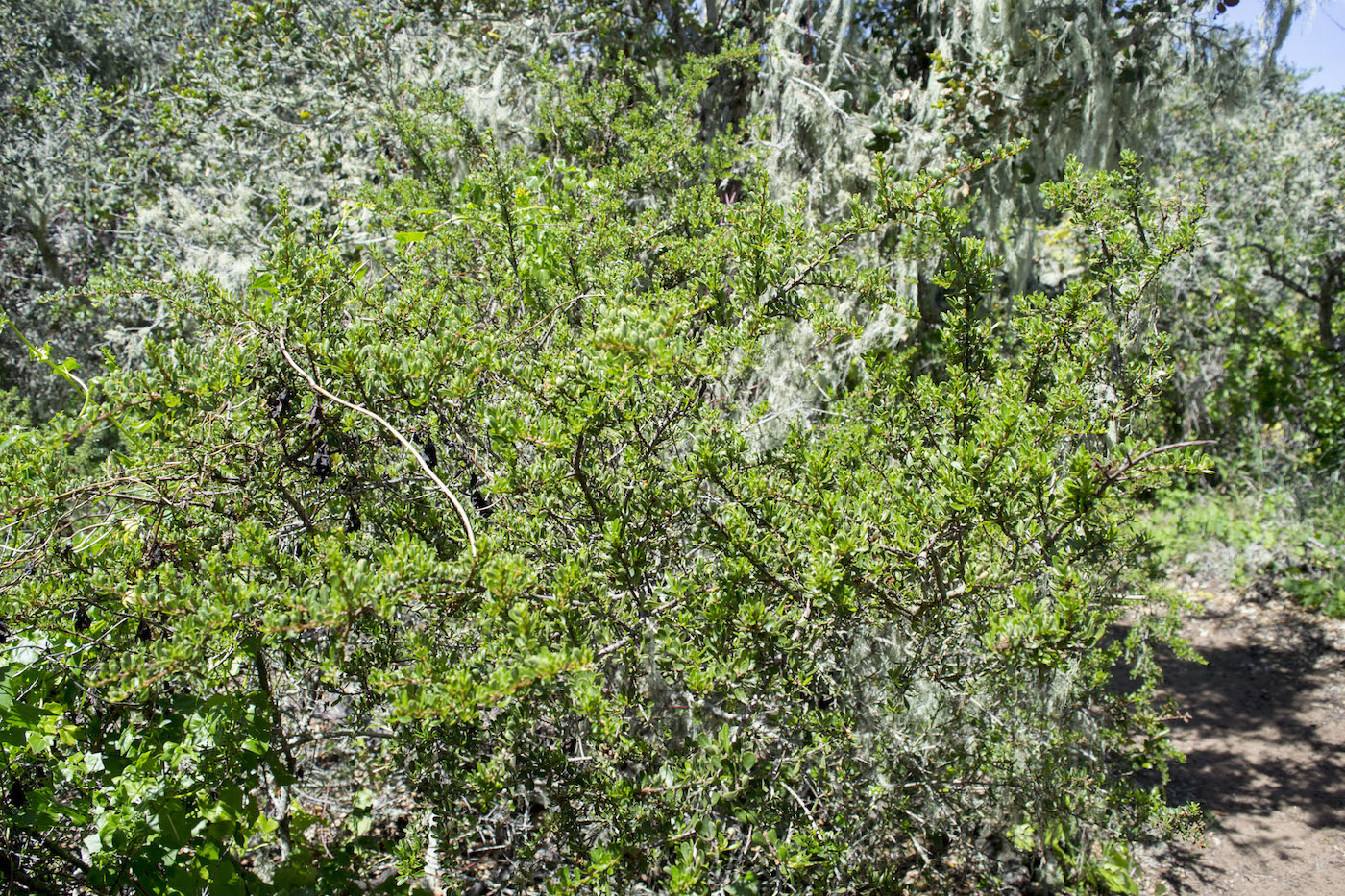 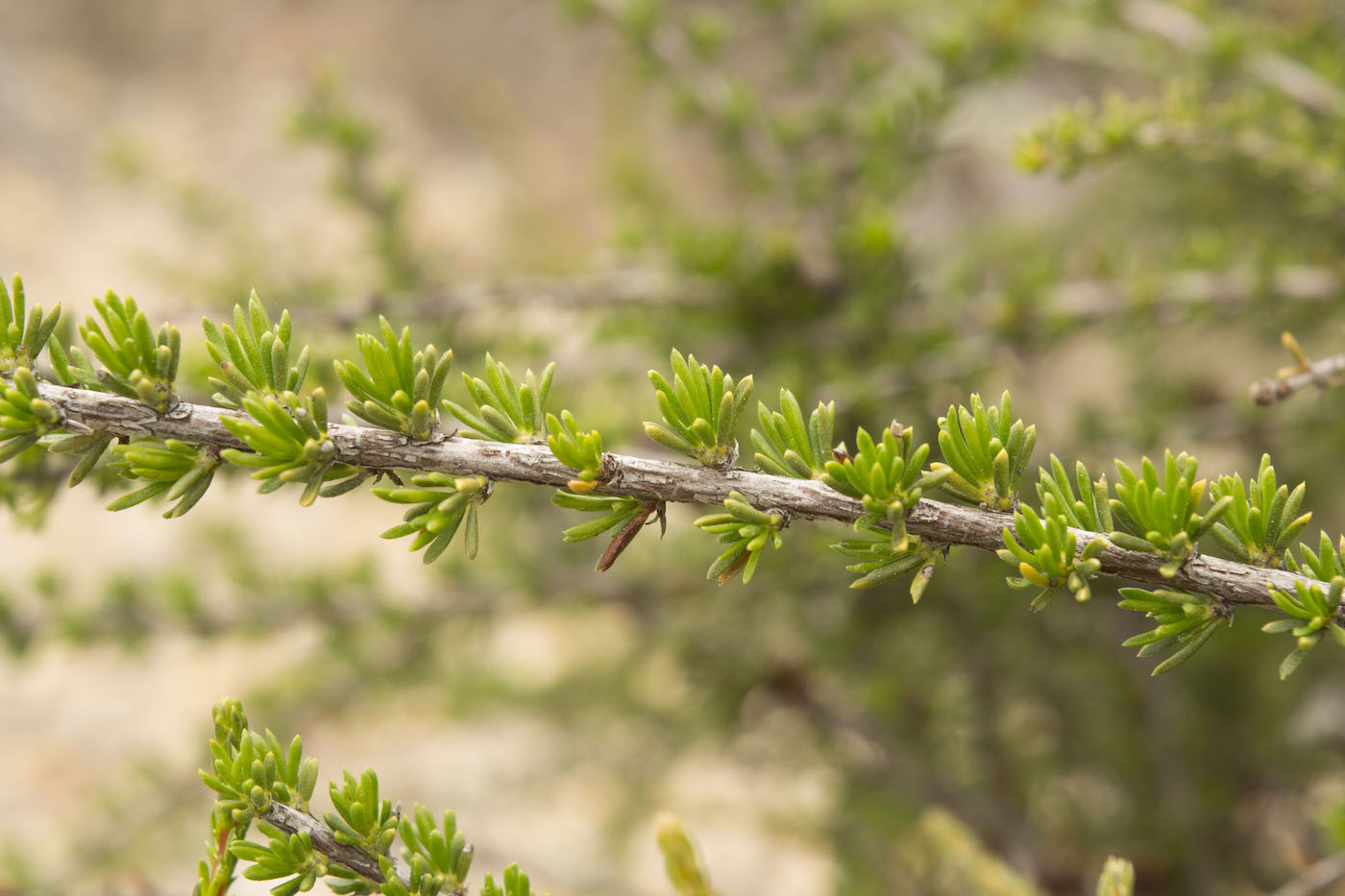 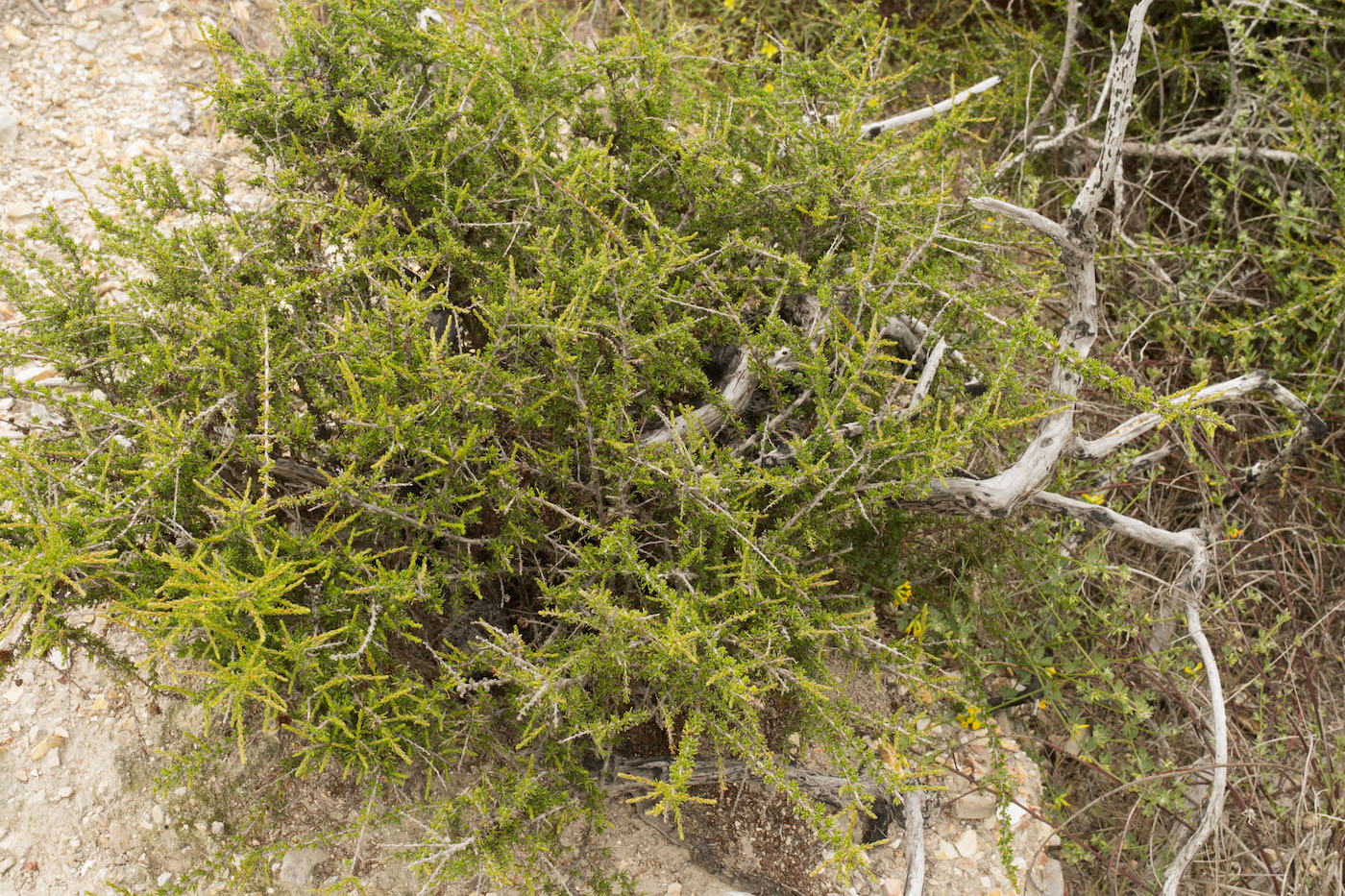 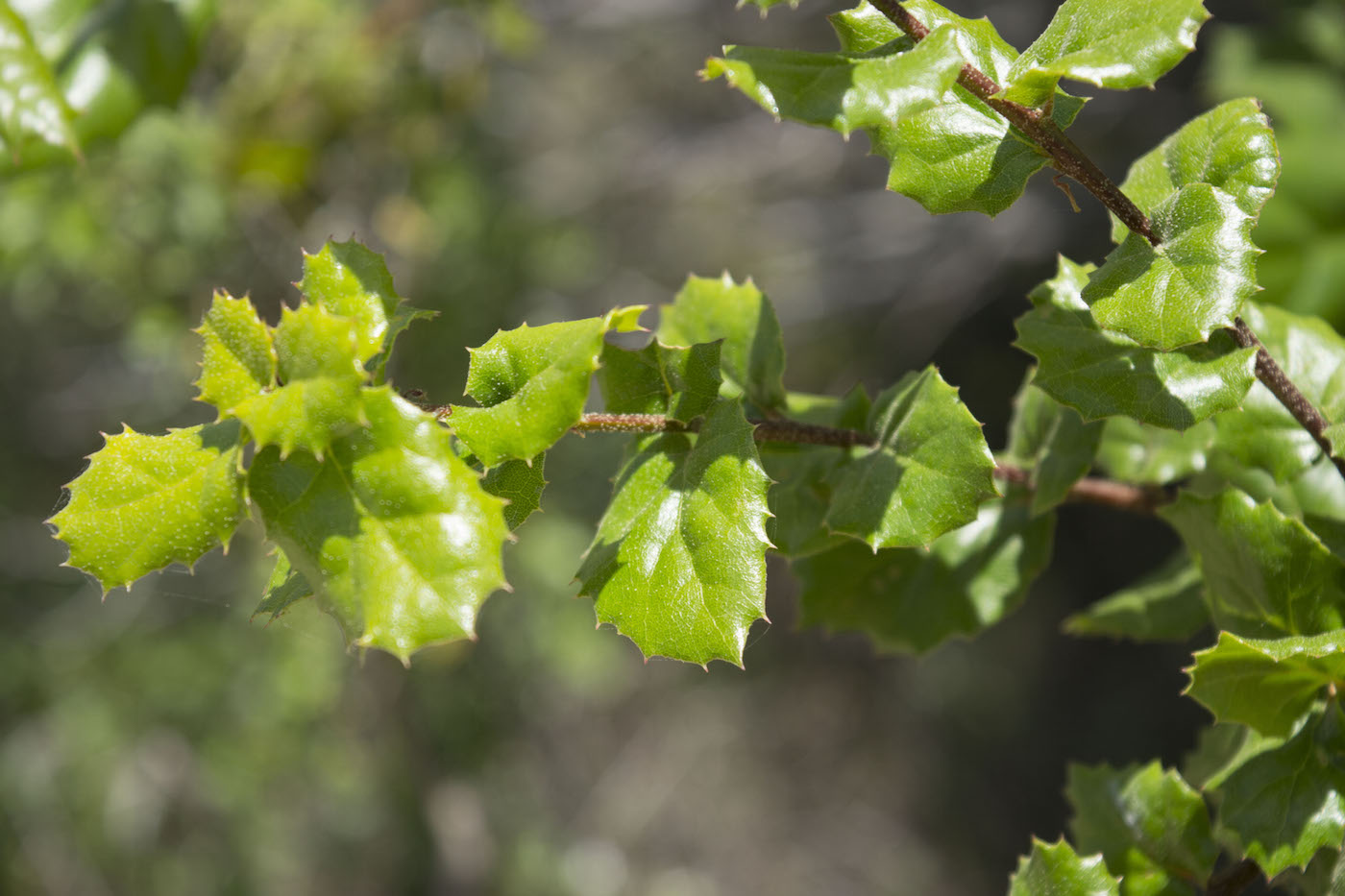 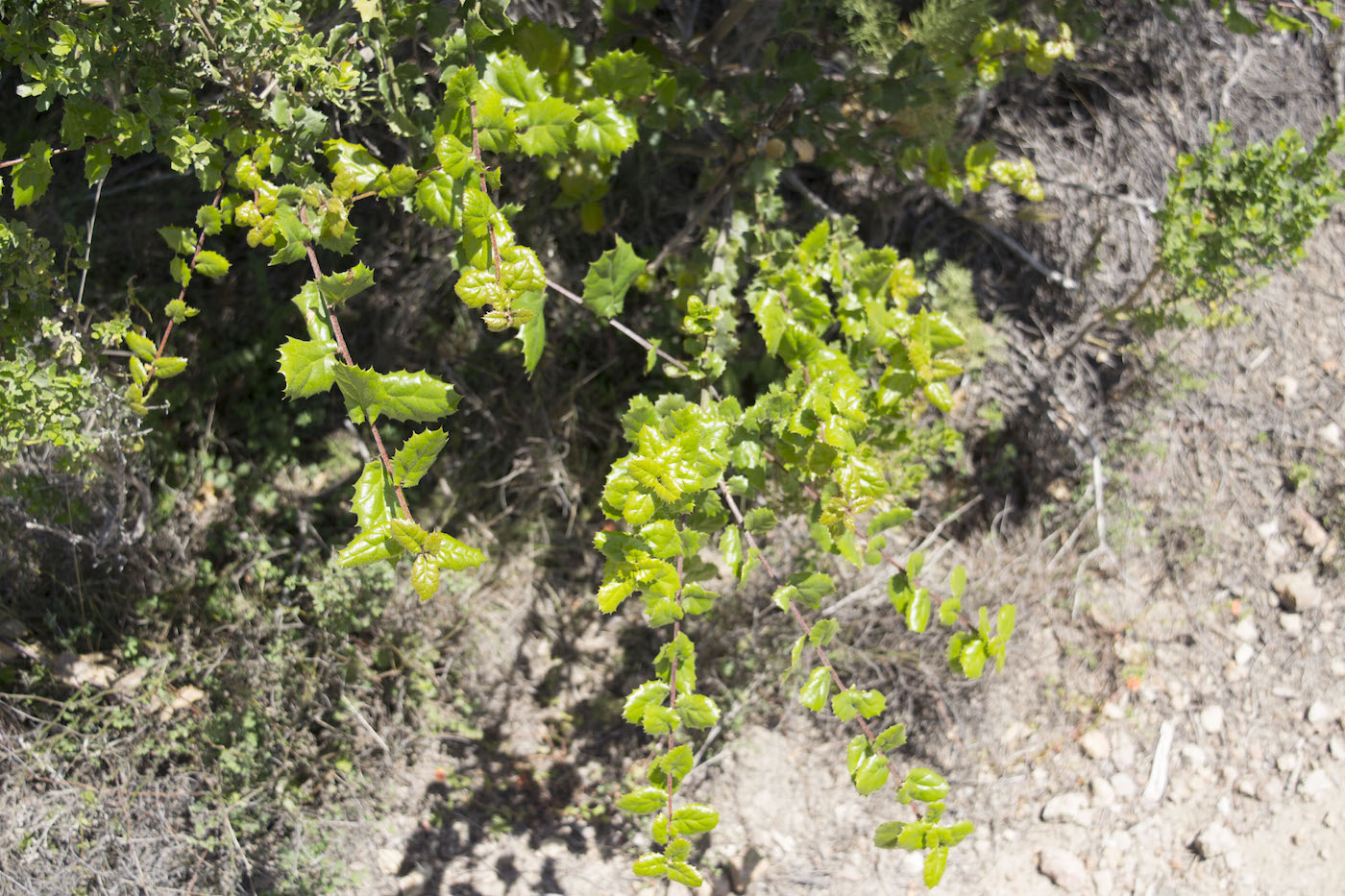 Sugarbush is another common chaparral plant. It is and easily identified by its scoop-shaped leaves. 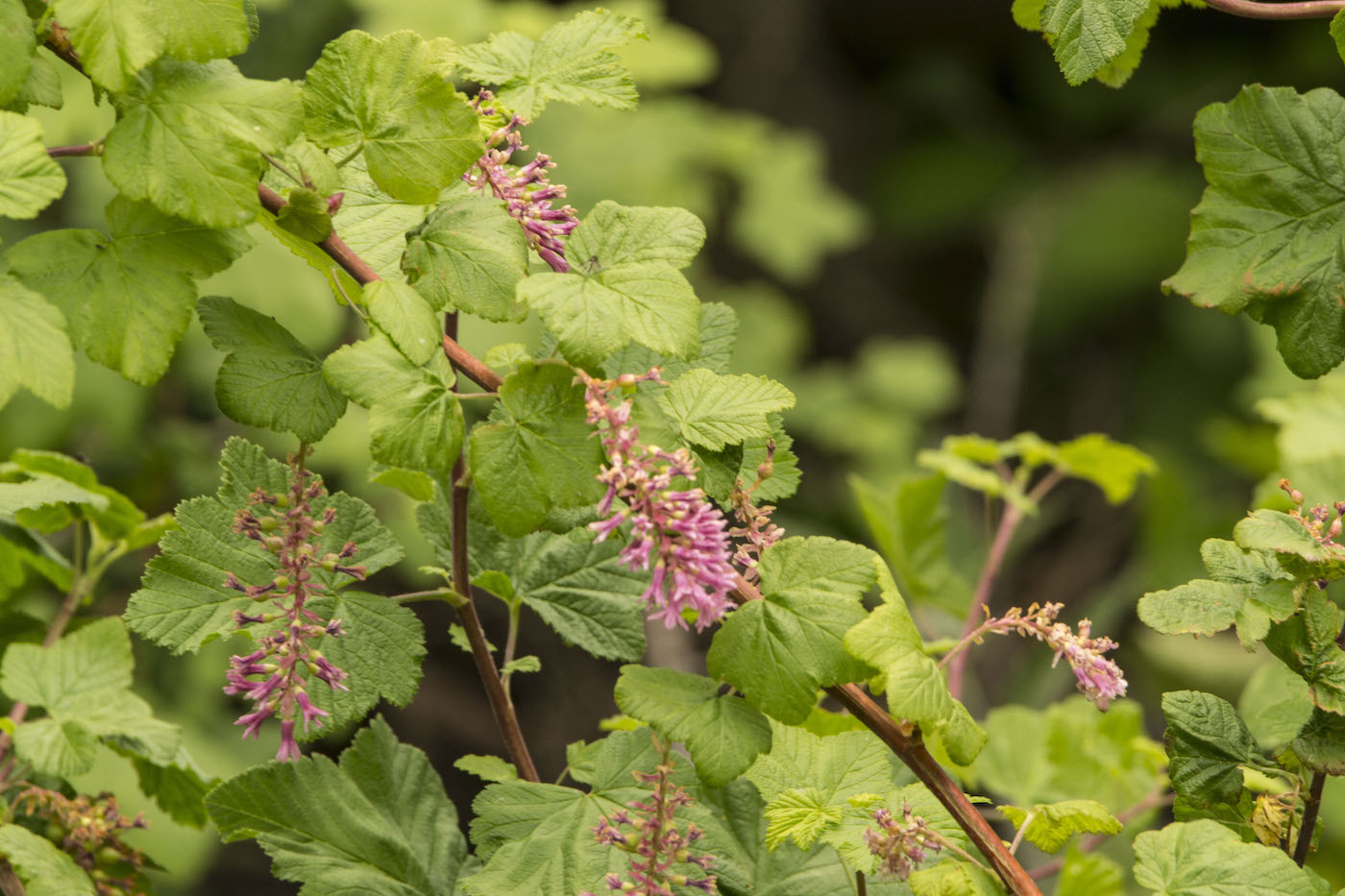 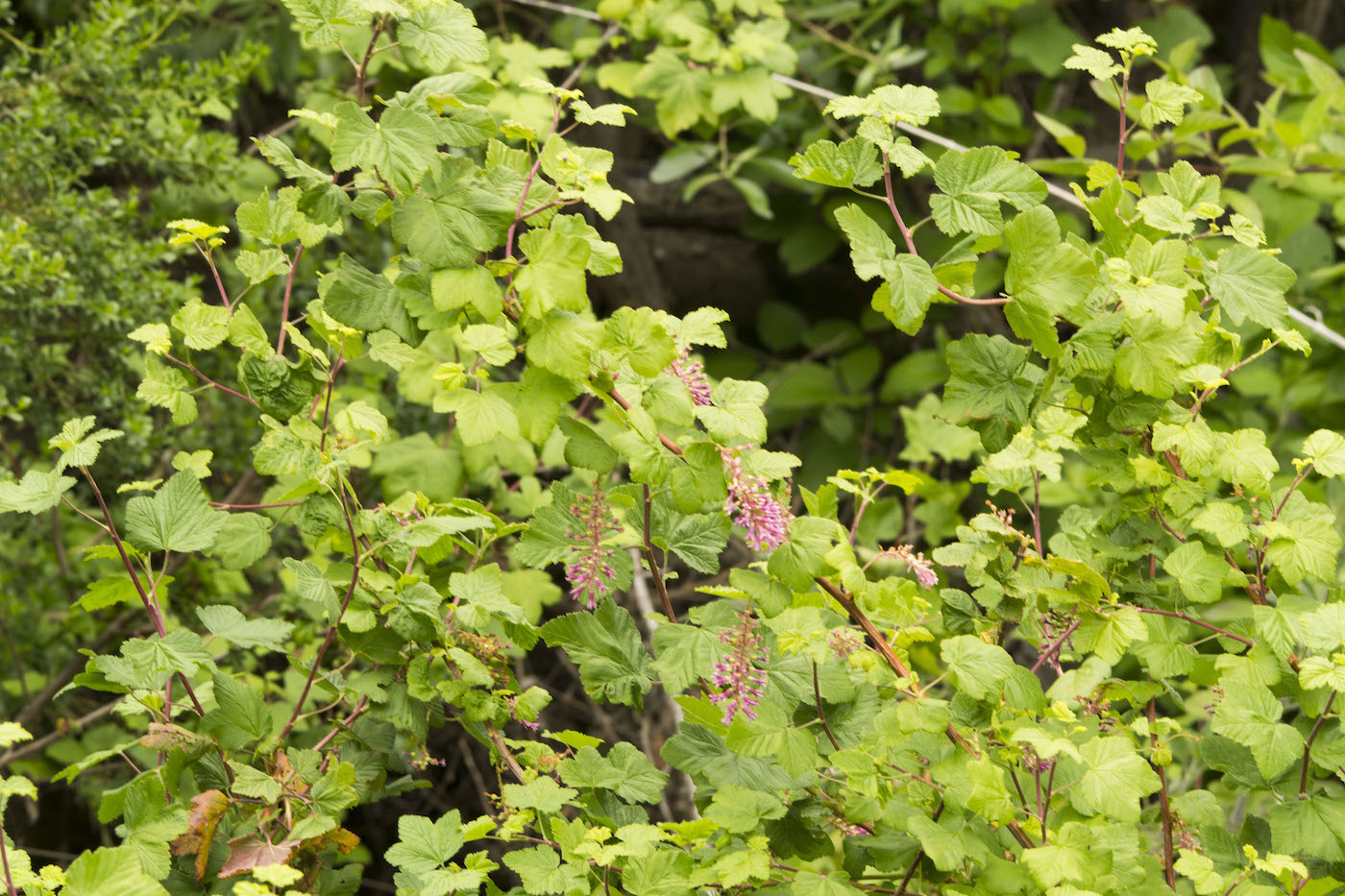 Morro manzanita is a federally endangered species that is endemic to the coastal areas of San Luis Obispo County (meaning it is found nowhere else in the world). This plant occurs in the maritime chaparral community, which can be found at the edge of the Elfin Forest and outside our watershed in Montana de Oro State Park. 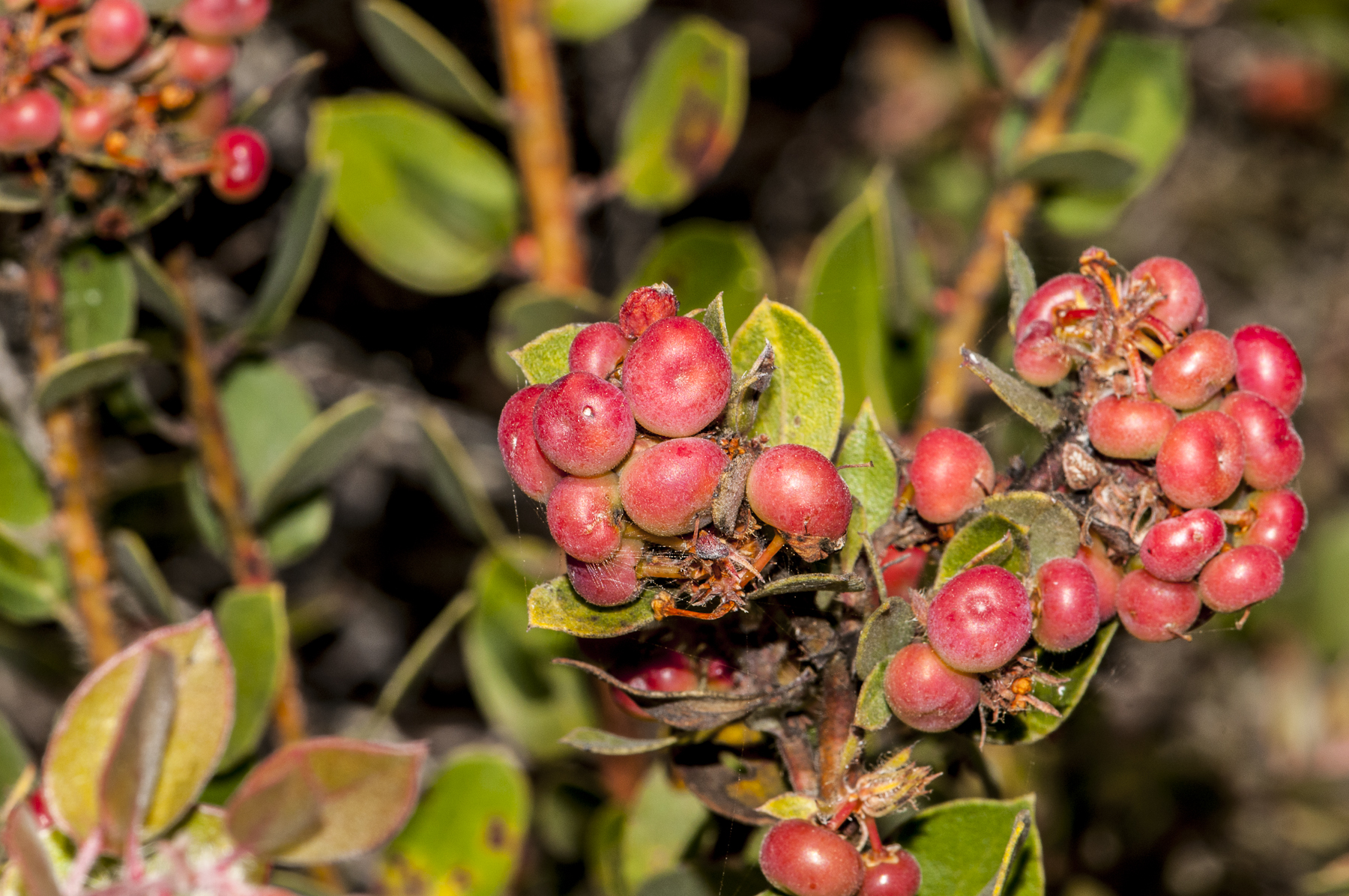 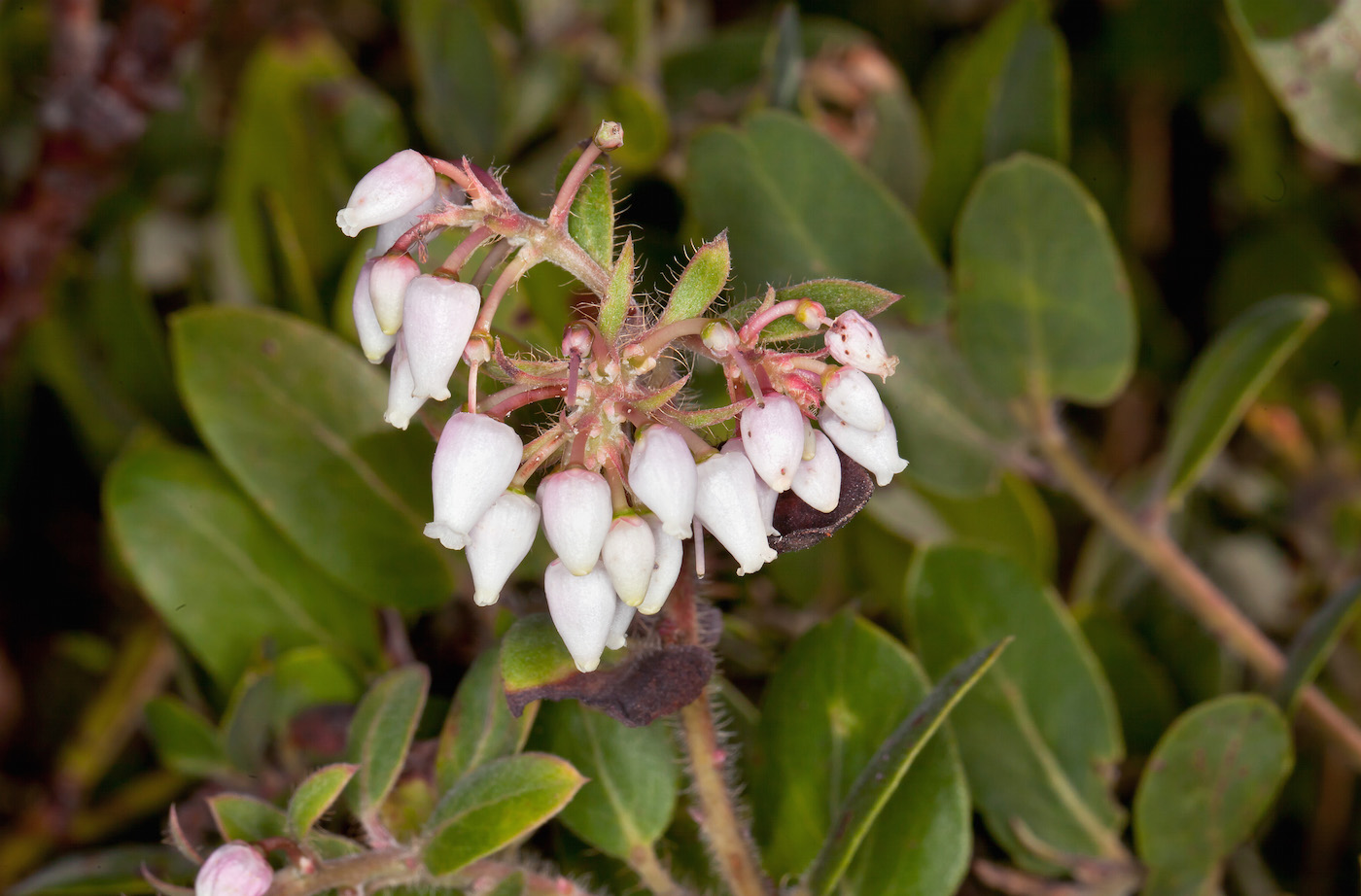 The chaparral and coastal scrub mosaic

Because the southern coastal scrub community and the chaparral community often occur very close together (sometimes even mixing to form a mosaic), some plants are classified as members of both communities.

Sticky monkey flower is an easily identifiable shrub with its paired orange blooms that some think resemble a monkey’s face. Press a leaf firmly between your fingers—it should slightly stick! 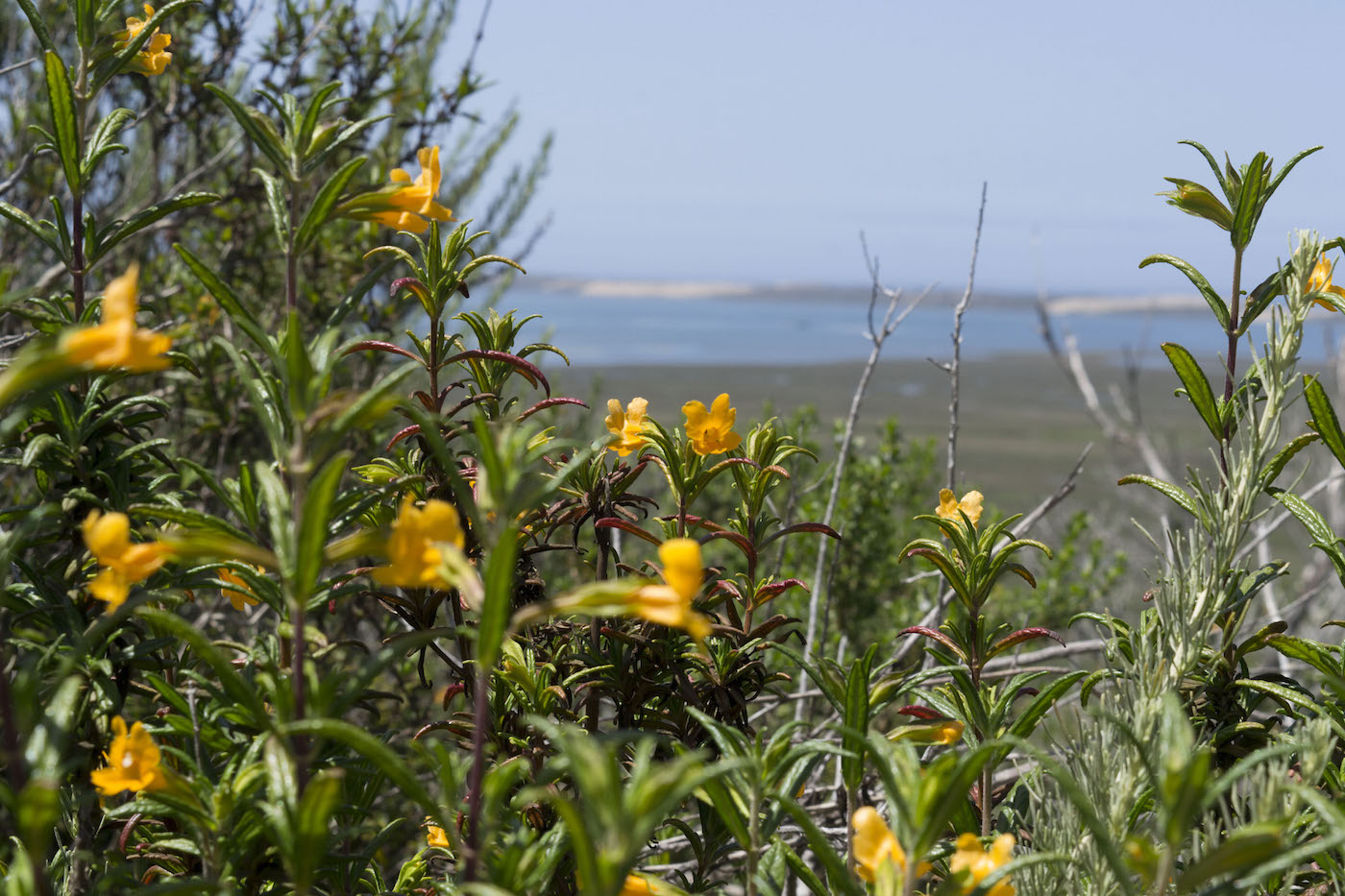 California buckwheat can be easily mistaken for chamise. You can differentiate between the two by noting each plant’s inflorescence, the technical term for the development and arrangement of flowers on a plant. 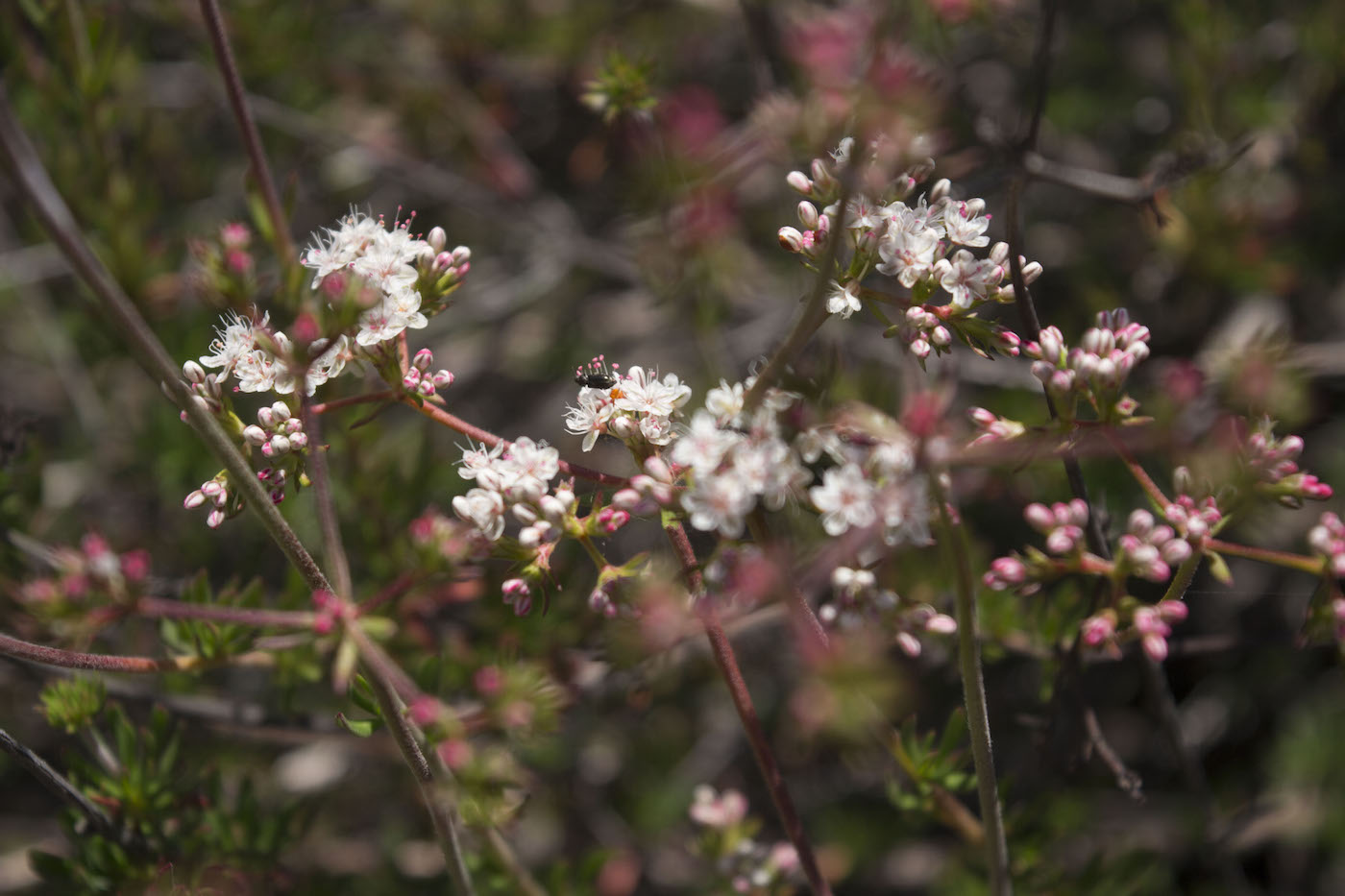 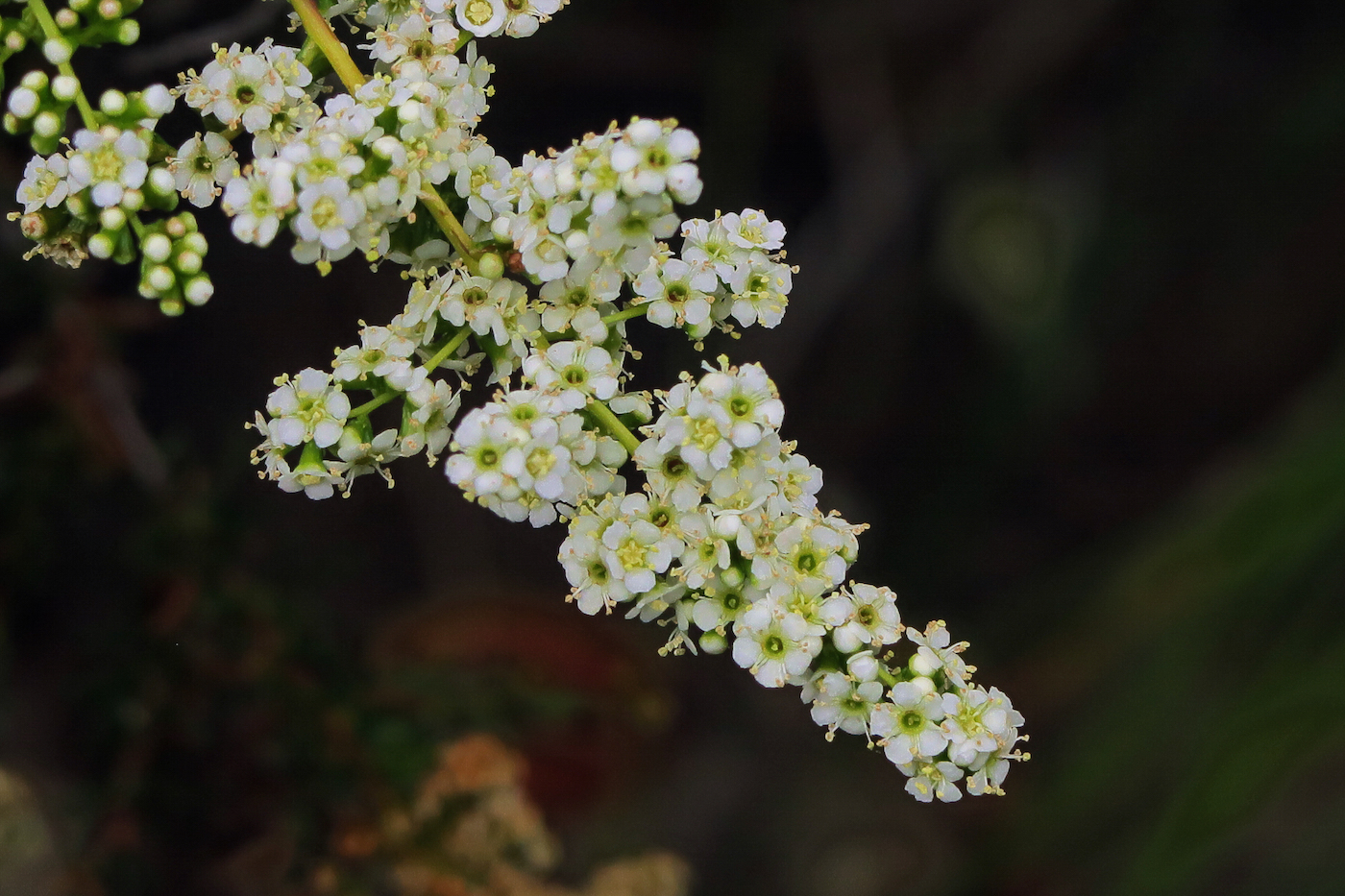 Fuschia flowering gooseberry is easily identifiable by the dramatic spines at the base of its leaves and the bristles on its stems. 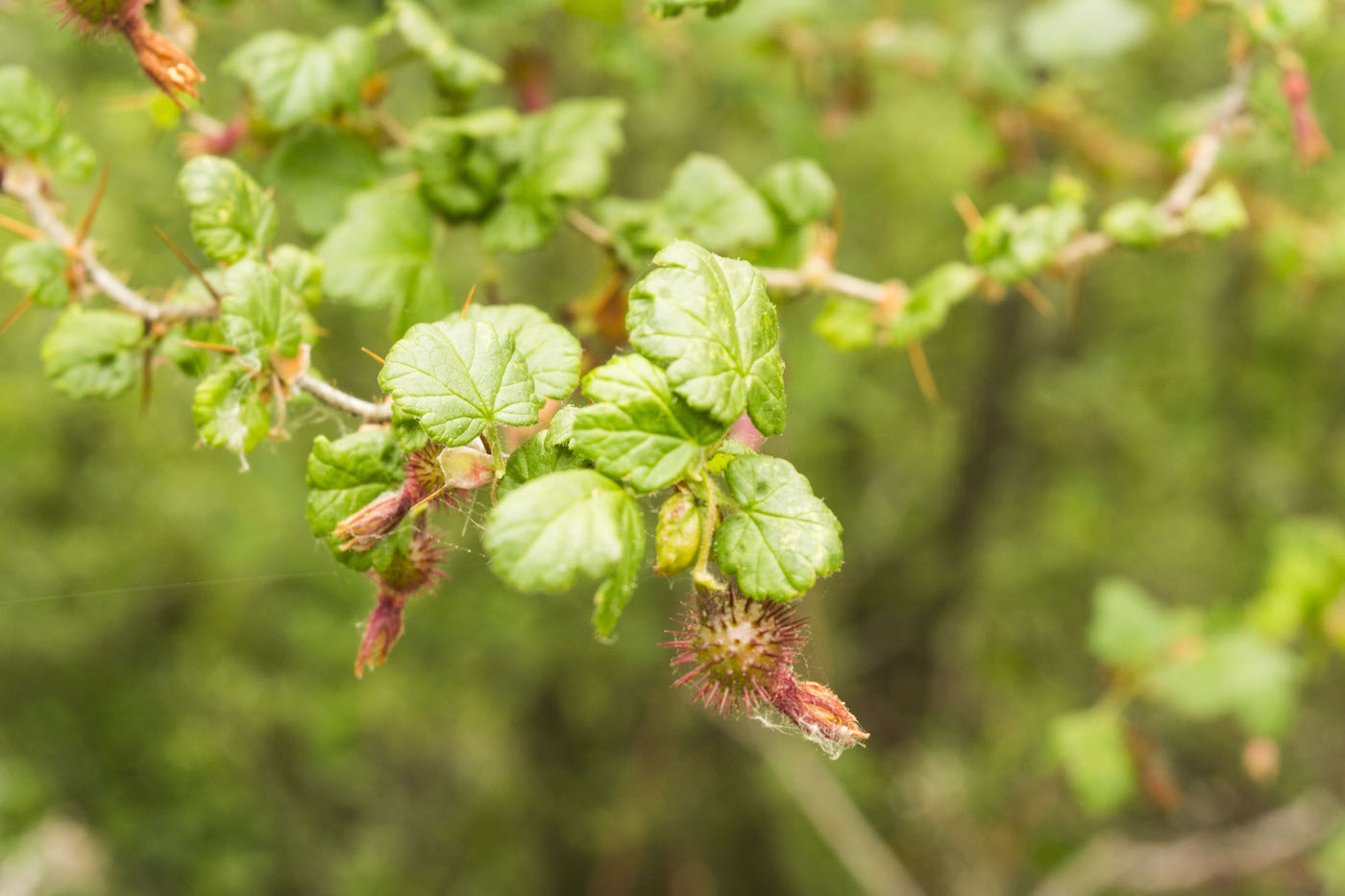 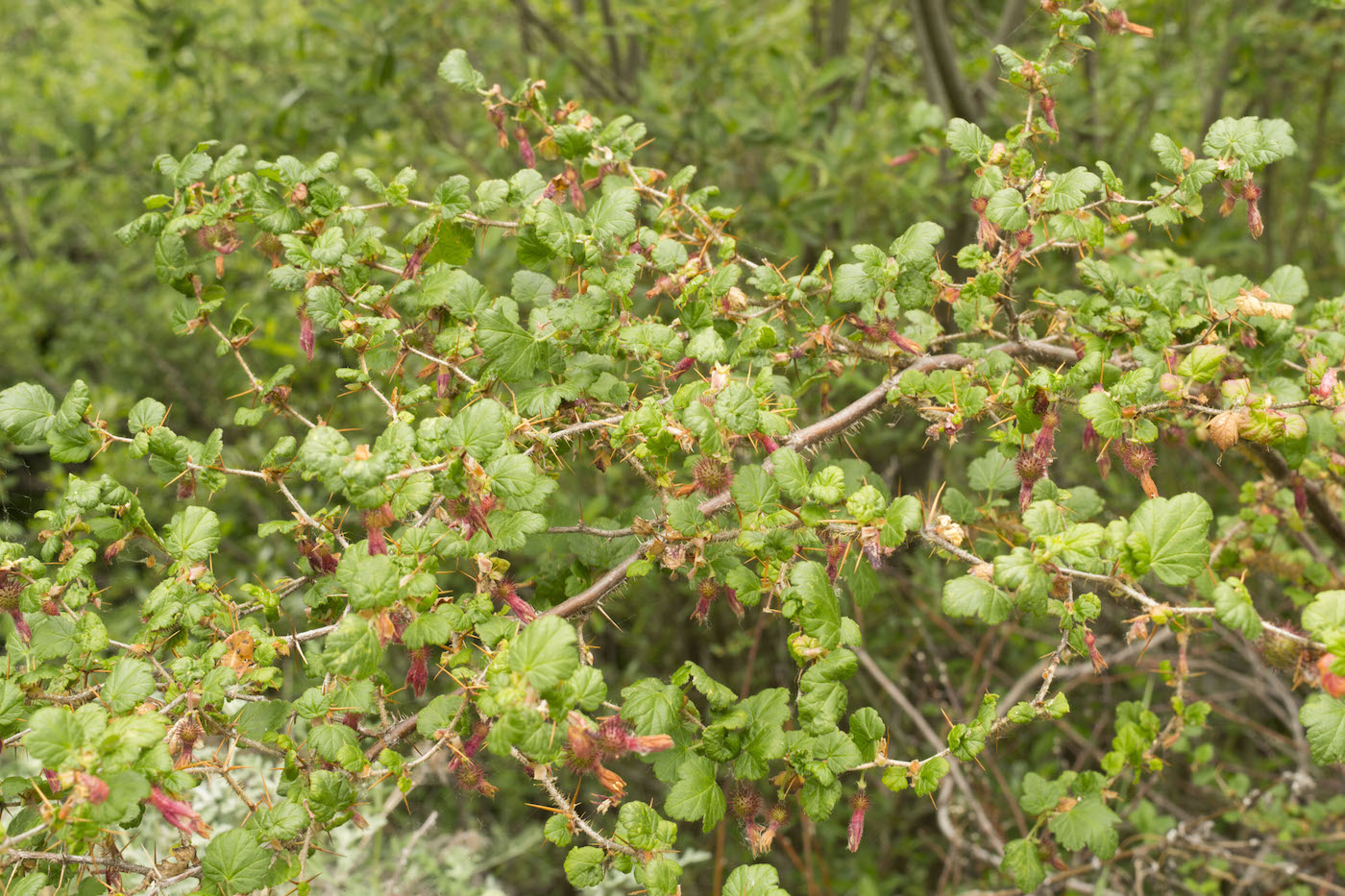 Because it is extremely common throughout our entire watershed, look out for poison oak (Toxicodendron diversilobum) on this hike. Remember—leaves of three, let it be!

To find out more about the native plants described in these blog posts, the Trees and Shrubs of California guidebook and the Calflora website are excellent sources of information. In our next Native Plants post, we will venture into an oak woodland community to learn about a characteristically central coast tree and its associated understory plants.