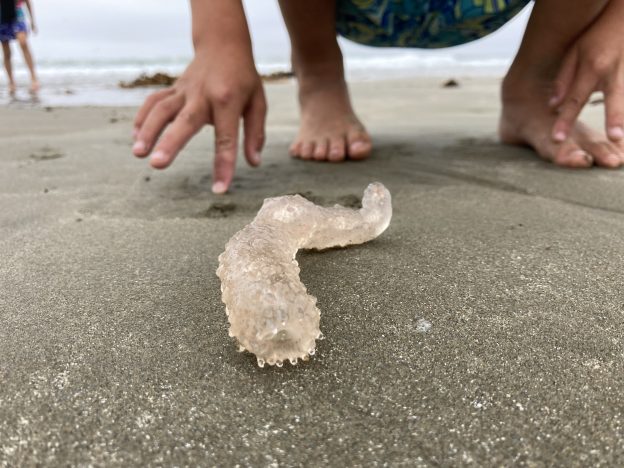 You’ll find the occasional moon jelly of by-the-wind sailor, which are stranding more often this summer due to the prevailing winds and ocean currents.

And, on rare occasion, you’ll happen upon something you’ve never seen before.

That’s what happened to many beach-combers at Morro Strand on August 29, when they found a scattering of what looked like dozens of arms detached from transparent sea stars or see-through sea cucumbers. 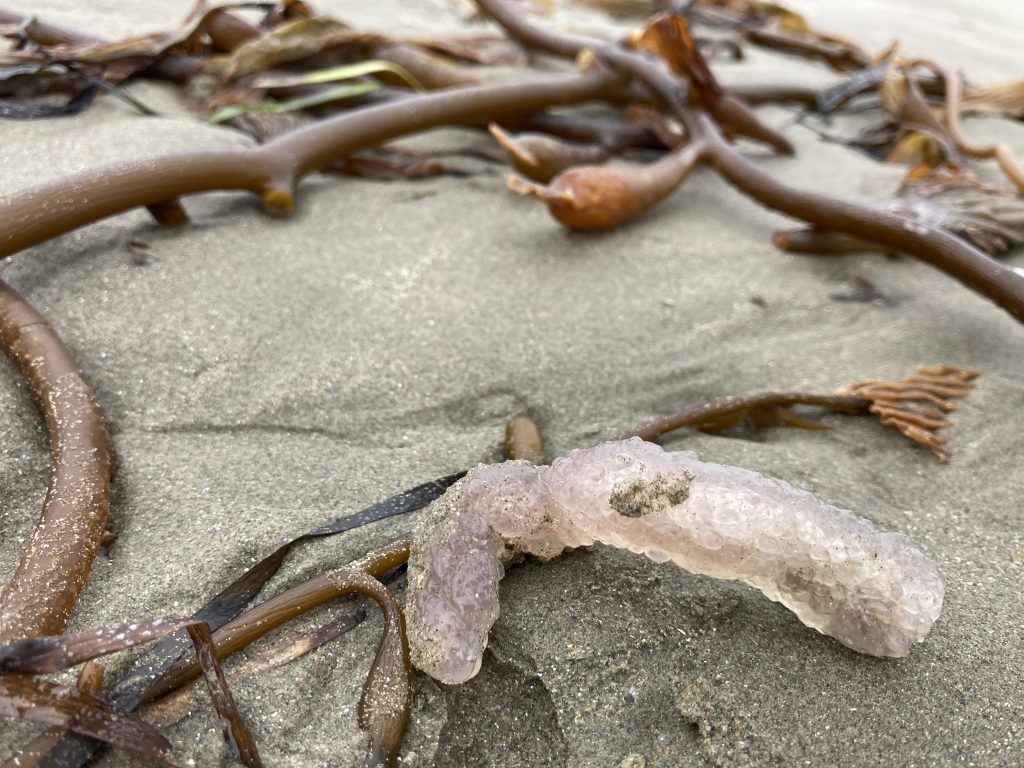 Have you seen one of these on the beach before? This translucent, purple-pink organism is Pyrosoma atlanticum.

These mysterious transparent beach finds are a type of animal commonly called a pyrosome, or sea pickle. The scientific name of the species found on Morro Strand this August is Pyrosoma atlanticum. Which roughly translates to “Atlantic fire body.” The “fire body” part of their name comes from their ability to give off light from chemical reactions in their bodies, a power called bioluminescence.

While these pyrosomes look other-worldly and have “atlanticum” in their scientific name, they are native to the ocean off the coast of California and other temperate marine waters across the world. (The first specimen was found in the Atlantic Ocean, and the location stuck in the name.)

Though they may look like pieces torn from a larger organism, the truth is pretty much the opposite. Each organism is a colony of many tiny filter-feeding animals called zooids that are fused together around a tube that they create into a twisted, knobby, funnel shape. This type of organism is called a colonial tunicate. 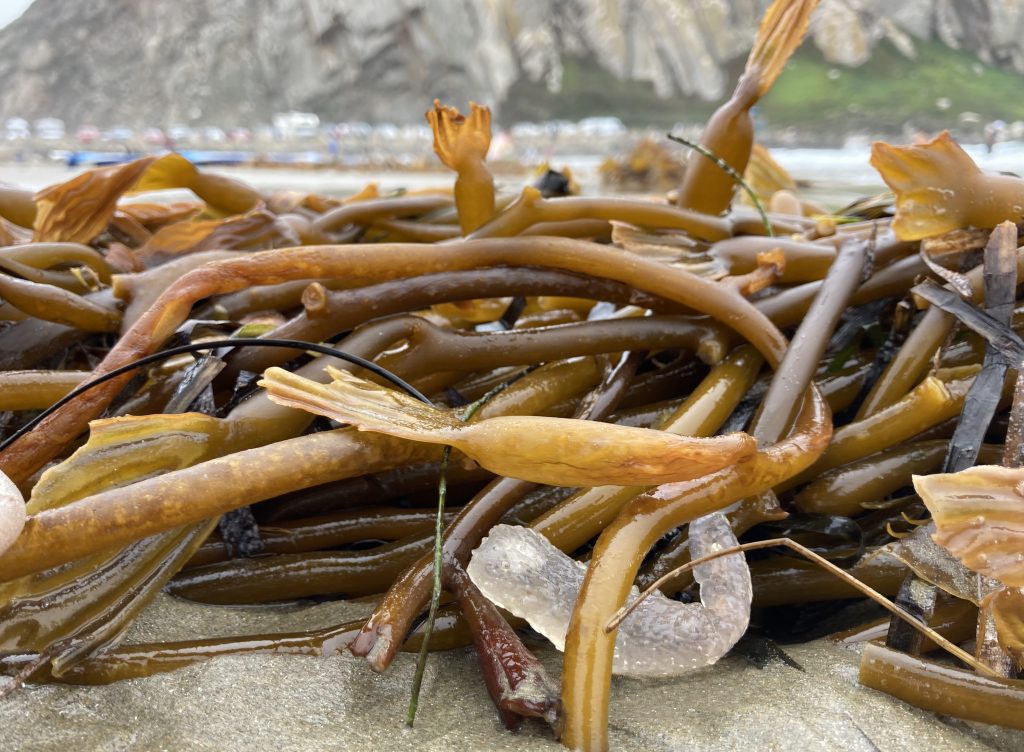 This Pyrosoma atlanticum, found in a pile of kelp on Morro Strand beach, is about four inches long.

Pyrosome colonies float free in the ocean, typically 250 meters and deeper below the surface. As they float, individual zooids take in water from the exterior of the pyrosome, filtering out any nutrients they can find. When they’ve gleaned what food they can, the zooids expel the filtered water into the inside of the pyrosome funnel. The force of the water can actually propel the pyrosome forward.

This video from the Monterey Bay Aquarium Research Institute shows a pyrosome floating through the water.

The pyrosomes that tend to wash up in California are smaller than your hand. However, giant pyrosomes can grow to sixty feet long!

In this video, you can see a giant pyrosome found by divers off the coast of Tasmania, Australia.

In addition to the wildlife we typically think of populating the waters of the Morro Bay estuary and local creeks, or making their homes on our beaches and beyond, there are many lesser-known wildlife species out there. To learn about some of them, read this blog that highlights the common salp (another transparent marine organism!), toe biters and caddisflies (freshwater bugs), and swallowtail butterflies.

And, subscribe to our blog to have Wildlife Spotlight posts and other information about the Morro Bay estuary and surrounding lands delivered to your inbox each week.